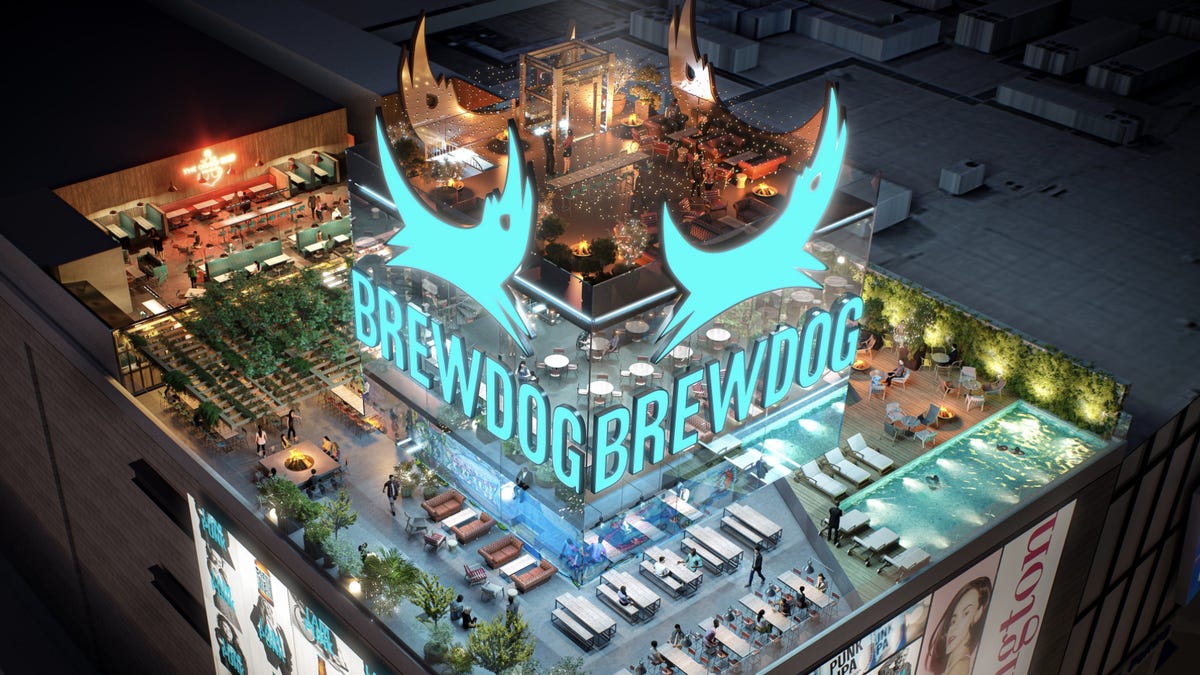 LAS VEGAS – BrewDog has signed a lease for a rooftop brewery on The Las Vegas Strip.The space above Showcase Mall will include an urban forest, brewery, secret event space and retro game zone, the Scottish company announced Thursday on Twitter.The opening date has not been announced. BrewDog owners weren’t immediately available for comment Thursday.BrewDog co-founder James Watt first revealed plans for the Las Vegas brewery in February, teasing a beer museum and a special edition of the popular Elvis Juice IPA.”BrewDog Vegas is going to be epic!” Watt said. Established in 2007, BrewDog has more than 50 bars across the world. BrewDog has made headlines over-the-top ideas – like the world’s first craft hotel that opened in 2018 in Columbus, Ohio. The Doghouse hotel has a beer fridge in the shower and window views of beer-making.And then there’s “paw-ternity.” BrewDog gives new dog owners a week of paid leave. Their website said it started in 2007 as “two guys and their dog.” Since then, those guys – co-founders Watt and Martin Dickie – have created a dog-friendly atmosphere at their Scotland brewery.But they’re known best for their beer. Their flagship pour is called Punk IPA. They also boast an “Amplified” collection of beers, their website says, that offers an “intense flavor profile that is off the scale.Contributing: USA TODAY, Indianapolis Star reporter Amy Haneline. Ed Komenda writes about Las Vegas for the Reno Gazette Journal and USA Today Network.

Biden is turbocharging the economy with stimulus. Will he smother it with regulation?
Shaq, Ciara and A-Rod have one. But are SPACs, the latest investment craze, right for you?
To Top
error: Content is protected !!
Top