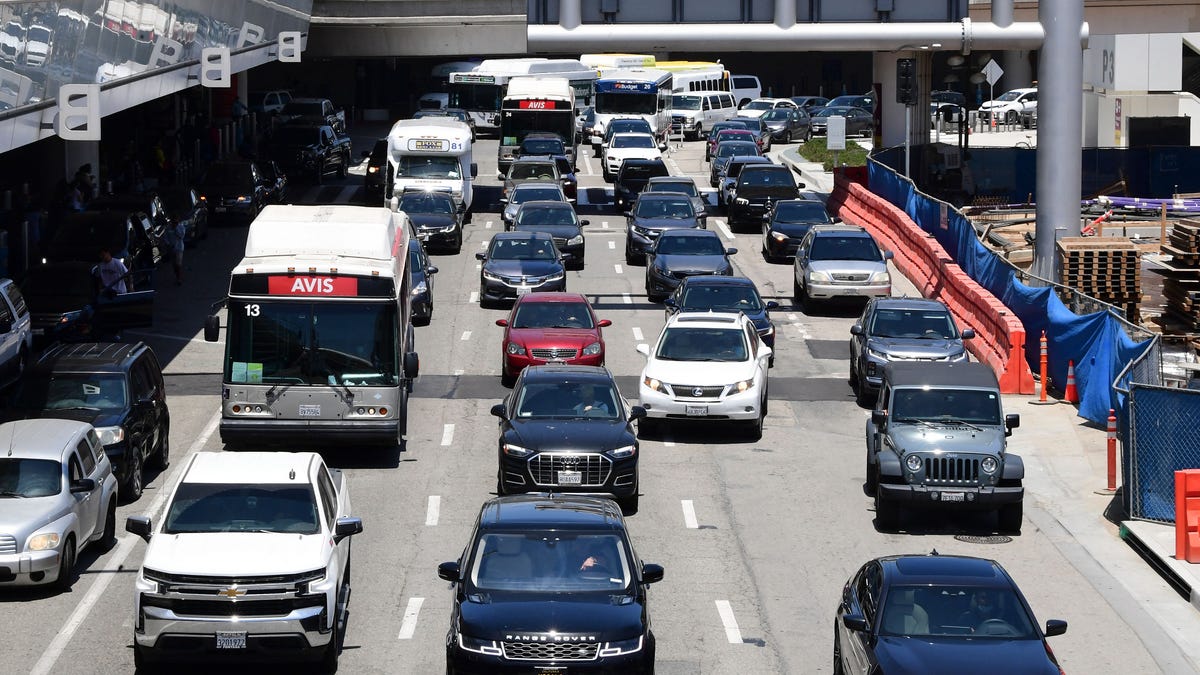 Car rental shortage and impact on summer travel, explainedFrom rental cars to new cars, there is a shortage in the motor-vehicle industry. Here’s how it may impact summer travel.Just the FAQs, USA TODAYThey held the title for nearly 30 years, but Los Angeles residents can no longer claim they have the worst traffic in the country, according to a study on traffic trends in 2020.The Texas A&M Transportation Institute study had ranked the Los Angeles-Long Beach-Anaheim region as the area with the country’s worst traffic since 1982. But the institute’s 2021 Urban Mobility Report showed the New York-Newark region now has the worst traffic in the nation.The rankings are based on the total amount of hours drivers were delayed. The New York-Newark region spent 494,268 hours stuck in traffic last year, while the Los Angeles-Long Beach-Anaheim had 365,543 hours of time in traffic.Even though Angelenos can no longer claim their traffic is the worst, they can blame the COVID-19 pandemic for it. With a stay-at-home order in place for much of the year, many California employees worked from home.As a comparison, when the region was still at the top, the total number of hours of traffic drivers spent in 2019 is nearly triple what was spent in 2020 at 952,183.Traveling for the Fourth of July?: Here are the worst times to hit the roadSafety first: Most parents don’t install car seats correctly, so these 2 Toyota engineers took actionThe drop in traffic was spread throughout the country as well; the top 15 cities with the worst traffic in 2020 combined dropped, on average, from 312,680 to 152,347 total hours.”Flexible work hours and reliable internet connections allow employees to choose work schedules that are beneficial for meeting family needs and the needs of their jobs,” report co-author David Schrank said in a statement. “And it also reduces the demand for roadway space, which is beneficial for the rest of us.”New York-Newark also placed first for average amount of hours a driver spent in traffic last year with 56 hours. The top five areas and hours were:New York-Newark , 56Boston, 50Houston, 49Los Angeles-Long Beach-Anaheim, 46San Francisco-Oakland, 46Even though nationwide traffic dipped to some of the lowest levels in the past 30 years, it isn’t expected to remain like that. By September, traffic conditions were beginning to rise, and with California now fully re-opened, Los Angeles may be coming back for it’s title.Follow Jordan Mendoza on Twitter: @jord_mendoza.

Can I be penalized for not getting a COVID-19 vaccine? Ask HR
A new study reveals which US city has the worst traffic, and it’s no longer Los Angeles
To Top
error: Content is protected !!
Top