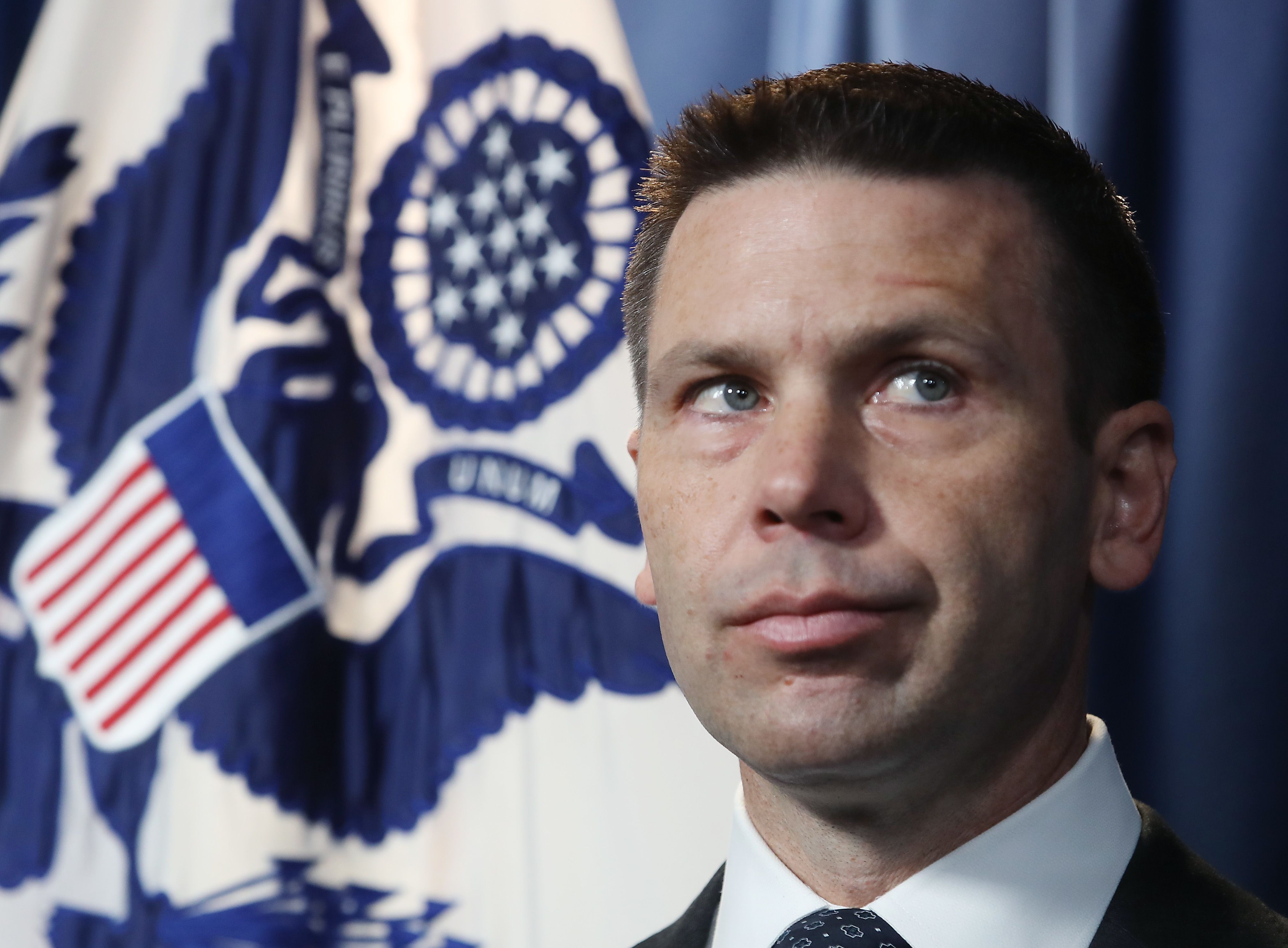 Acting Secretary of Homeland Security Kevin McAleenan listens to a question during a news conference at the Immigration and Customs Headquarters, on June 28, 2019 in Washington, DC.

“These statements are completely unacceptable, especially if made by those sworn to uphold” the agency’s standards, McAleenan said in a pair of tweets announcing the “immediate” probe.

“Any employee found to have compromised the public’s trust in our law enforcement mission will be held accountable,” McAleenan added.

McAleenan launched the probe on the heels of a damning expose by investigative news outlet ProPublica revealing graphic and callous posts about migrants and Democratic lawmakers that were allegedly made in a private Facebook group by current and former Border Patrol officers.

Members of the group reportedly cracked jokes about dead migrants and shared sexually explicit memes involving progressive Rep. Alexandria Ocasio-Cortez, D-N.Y., who has been a chief critic of the Trump administration’s immigration policies.

Immigration has been among the most politically divisive and highly scrutinized issues during Donald Trump’s presidency. Democrats have railed against former DHS Secretary Kirstjen Nielsen’s handling of the influx of migrant families coming to the border, as well as Trump’s long-held campaign promise to build a wall across the border and former Attorney General Jeff Sessions’s “zero tolerance” policy that led to an influx of family separations.

That political tension ratcheted up following recent reports about the cramped and derelict conditions for children and adult migrants being held in U.S. facilities. Acting Customs and Border Protection Commissioner John Sanders will resign Friday amid the political turmoil, a CBP official announced last week.

Democratic lawmakers, including many of the two dozen presidential candidates, have flocked to tour the facilities in the wake of the reports.

On Thursday, the House passed the Republican-majority Senate’s $4.6 billion emergency aid bill even as liberal Democrats had opposed the plan, saying it didn’t go far enough to provide protections for the treatment of migrants at the holding facilities.