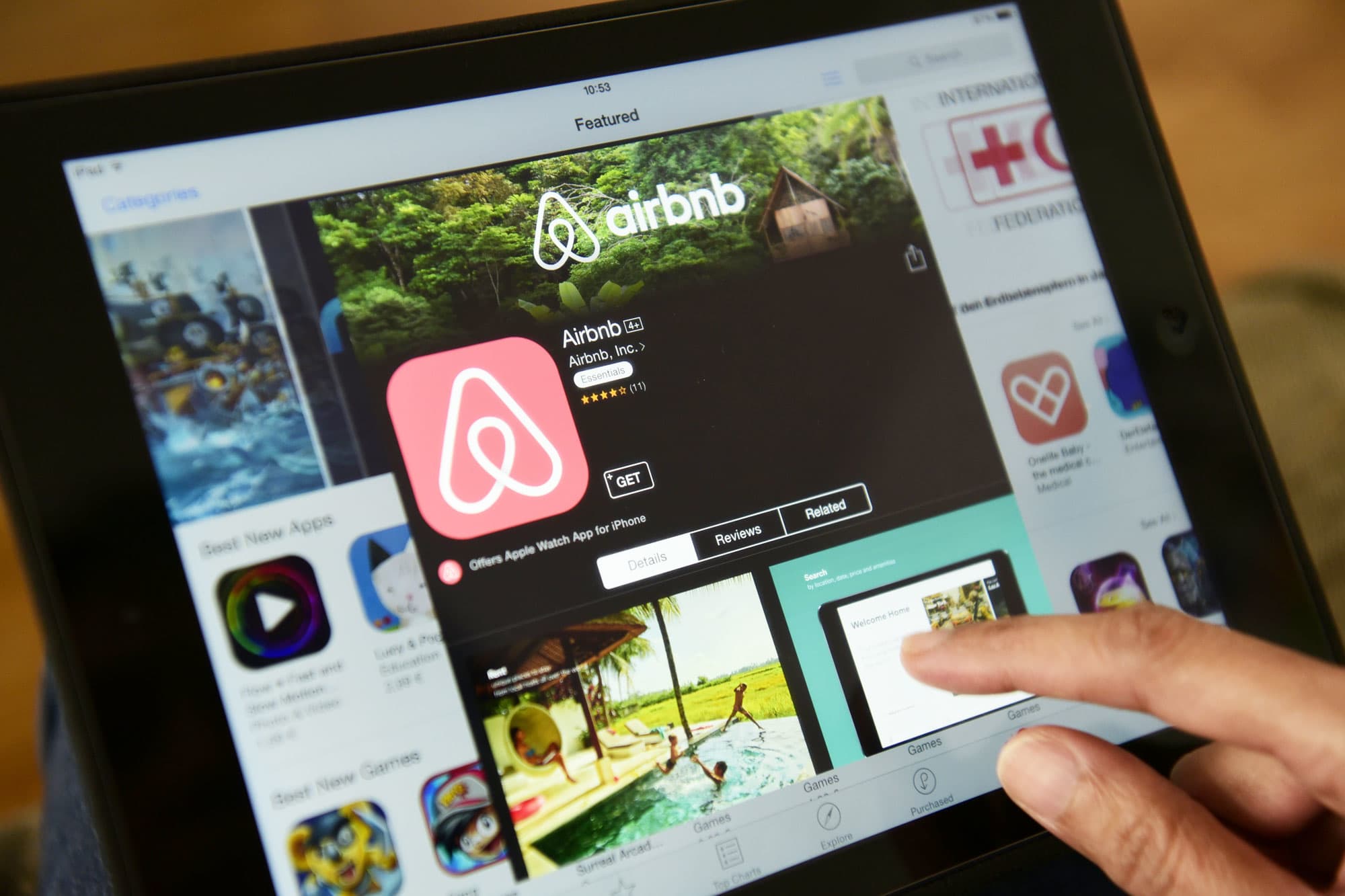 Short-term rental booking company Airbnb’s stock bounced around, up as much as 4% and down as much as 1%, in after-hours trading on Thursday as the company posted growing losses and a decline in revenue and bookings in its fourth-quarter earnings.Here’s what they reported:Revenue: $859 million vs. $748 million forecast by RefinitivLoss per share: $11.24CNBC does not compare reported earnings to Wall Street estimates for a company’s first report as a public company, as uncertain share counts can skew expectations.The company posted a net loss of $3.89 billion in the fourth quarter. That was down 1,005% from a loss of $352 million a year prior. Airbnb attributed much of the loss to charges related to the company’s initial public offering in December.Revenue fell to $859 million, down 22% year over year from $1.11 billion. Fourth-quarter revenue was also down nearly 36% from $1.34 billion in the third quarter.Chesky noted that the company has no plans to ever spend as much on marketing as it did prior to the pandemic.”What the pandemic showed is that we can take marketing down to zero and still have 95% of the same traffic as the year before,” Chesky told CNBC’s Jim Cramer on “Mad Money.” “We’re not going to forget that lesson.”The company also announced that it is expecting the year-over-year decline in first-quarter revenue will be less than that of the decline the company saw in the fourth quarter. Airbnb said it anticipates that year-over-year comparisons for gross booking value and nights and experiences booked in the first quarter will be higher than those a year prior but lower than the first quarter of 2019.The company said it continues “to have limited visibility for growth trends in 2021 given the difficulty in determining the pace of vaccine roll-outs and the related impact on willingness to travel.”Airbnb counted 46.3 million nights and experiences booked in the fourth quarter, down 39% year over year. That figure was down 25% from the 61.8 million nights and experiences booked in the third quarter.Gross booking value was $5.9 billion, down 31% year over year. Gross booking value was also down more than 26% from $8 billion in the third quarter.

Facebook is ‘looking at’ facial recognition technology for upcoming smart glasses, executive confirms
Airbnb soars after earnings as one analyst calls it ‘the best asset in travel’
To Top
error: Content is protected !!
Top