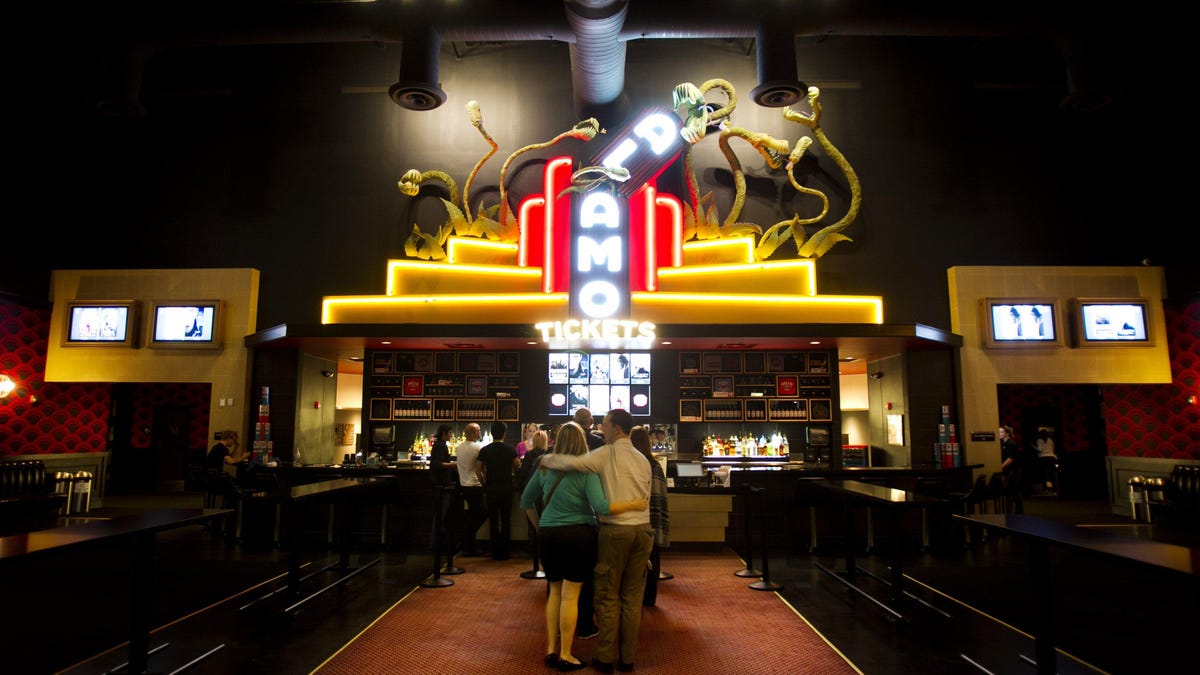 | USA TODAY
The Alamo Drafthouse CinemaThe Alamo Drafthouse Cinema is a theater chain founded in 1997 in Austin Texas.USA TODAYMovie theater chain Alamo Drafthouse filed for Chapter 11 bankruptcy Wednesday, hobbled by the pandemic but hoping to stay in business.Just like its larger competitors, including publicly traded AMC and Cinemark, the privately-owned Alamo Drafthouse was forced to temporarily close its theaters amid widespread government-ordered lockdowns aimed at curbing the spread of COVID-19.The company has cut expenses and implemented new safety measures to protect moviegoers. But only a third of the chain’s 18 company-owned theaters and fewer than half of its 23 franchised locations have since reopened.It plans to close company-owned locations in Austin, Texas, Kansas City, Missouri, and New Braunfels, Texas, while also ending development of a new location in Orlando, Florida.”The company will continue to evaluate the health of all leases during the chapter 11 process and make determinations about additional lease terminations in deciding which locations will be part of the go-forward business,” Alamo said.The company said that it was flourishing before the pandemic erupted.Set your kid for financial success: Here’s how to turn your child into a tax-free millionaire for $25 a dayIs universal income closer to reality?: Cities from Stockton to St. Paul are already testing monthly checks for residentsBut within weeks, its business was immersed in trauma. Temporary help arrived in the form of a $10 million forgivable loan from the federal government’s Paycheck Protection Program in April 2020.Alamo Drafthouse chief financial officer Matthew Vonderahe said he believes a sale of the company would present “a viable path forward.” The company has lined up a prospective sale to a group of current lenders and investors including Altamont Capital and Fortress Investment Group, a deal that would need to be approved by a bankruptcy judge.”With the ongoing support of Altamont Capital and Fortress Investment Group, the company will continue its mission of providing the best moviegoing experience in the country, sharing the films and food the Alamo Drafthouse team loves with the widest possible audience,” the company said in a statement. Founded in 1997 by Tim and Karrie League in Austin, Texas, Alamo Drafthouse offers luxury seating, high-end food served to your seat and alcohol.Alamo also owns a movie merchandising business called Mondo, which it acquired in 2018.While theaters may reopen soon if COVID-19 cases continue to decline throughout the nation, movie theaters face additional challenges, including studios that are increasingly sending their films to streaming services immediately or soon after they hit theaters.Follow USA TODAY reporter Nathan Bomey on Twitter @NathanBomey.