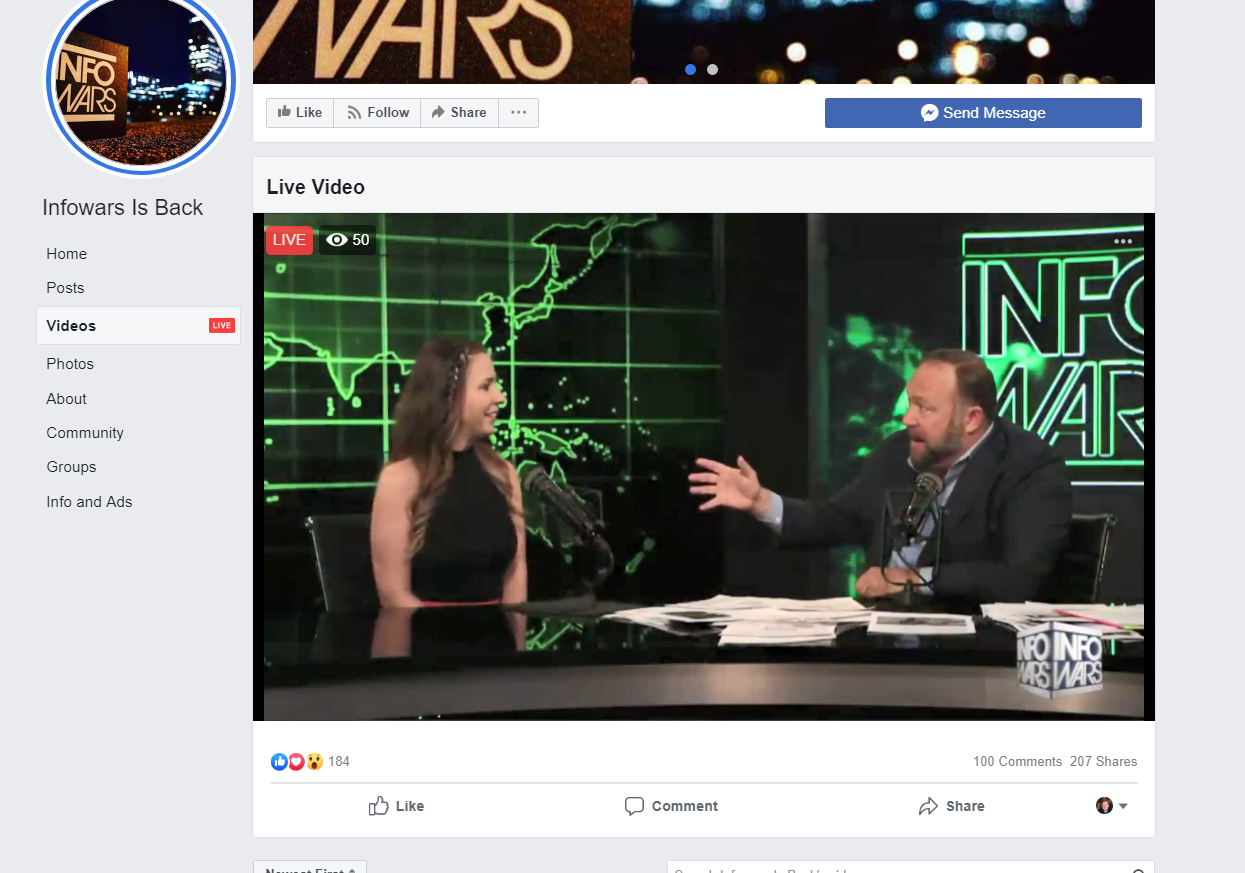 Facebook on Thursday announced that it is removing accounts for Louis Farrakhan, Alex Jones, InfoWars, Paul Nehlen, Milo Yiannopoulos, Paul Joseph Watson and Laura Loomer from both Facebook and Instagram. Facebook had originally pulled some content from Alex Jones, including four pages, in August.

Despite the so-called ban, Alex Jones’ InfoWars was quickly back online with a page titled “Infowars is Back” and a livestream where Alex Jones is talking about how he has been banned.

“Enforcement is happening as we speak, so accounts should be down shortly,” a Facebook spokesperson told CNBC in an email. The stream disappeared shortly after that.

The delay is yet another sign that while huge companies such as Facebook and Google’s YouTube have to fight to keep content under control, it’s tough for both to monitor and remove accounts and content that can pop right back up with new pages. It’s like a big game of whack-a-mole.

Facebook told NBC News earlier on Thursday that it had decided to ban the aforementioned accounts for various reasons, including calling for or carrying out acts of violence, following hateful ideologies, using hate speech or slurs and posting content that goes against Facebook’s policies.

Facebook said it is working to remove all pages, groups and accounts associated with the people listed above.

Other Instagram and Facebook accounts that were supposed to be affected by the ban were also still running about an hour after the announcement.

Drone flies a kidney to a transplant patient for the first time ever
Microsoft CEO Nadella says not to celebrate $1 trillion market cap
To Top
error: Content is protected !!
Top