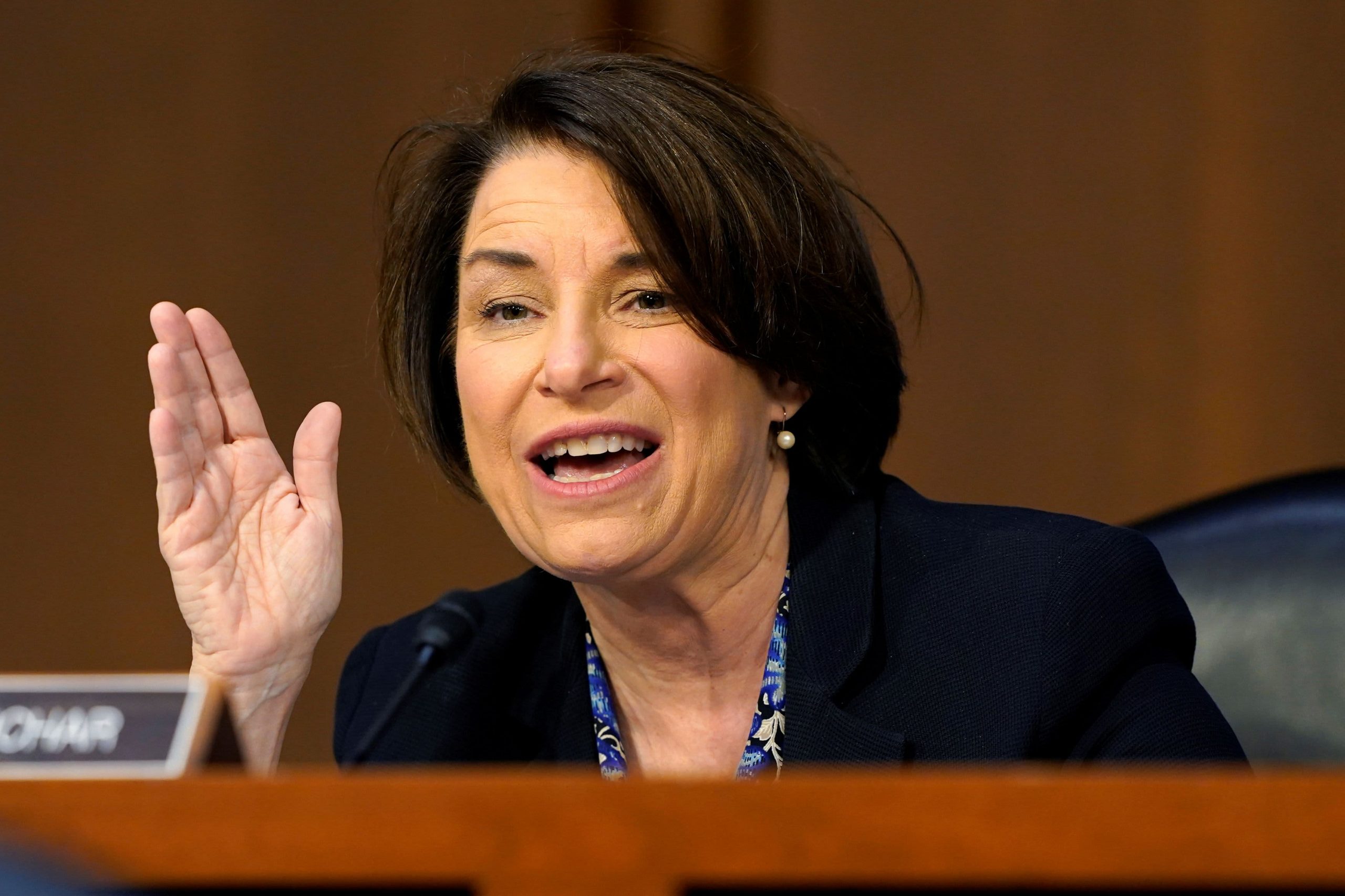 Sen. Amy Klobuchar, (D-MN) speaks during the fourth day of the confirmation hearing for Supreme Court nominee Judge Amy Coney Barrett before the Senate Judiciary Committee on Capitol Hill in Washington, DC, October 15, 2020.Susan Walsh | Pool | ReutersApple has agreed to send a top executive to testify before the Senate Judiciary subcommittee on antitrust after leading senators pressed the company to make one available to discuss competition concerns about its app store.In a letter to Apple CEO Tim Cook on Friday, subcommittee chair Amy Klobuchar, D-Minn., and ranking member Mike Lee, R-Utah, wrote about Apple’s “refusal to provide a witness to testify in a timely manner.” They said they “strongly urge Apple to reconsider its position.”Apple responded on Sunday in a letter obtained by CNBC and first reported by Bloomberg, agreeing to send Chief Compliance Officer Kyle Andeer to testify on April 21. Timothy Powderly, senior director of government affairs for the Americas, wrote that Apple was “surprised” by the letter from Klobuchar and Lee, saying it had previously expressed a willingness to participate but “simply sought alternative dates in light of upcoming matters that have been scheduled for some time and that touch on similar issues.”Klobuchar and Lee wrote on Friday that Apple had previously cited ongoing litigation as a reason for refusing to provide a witness in April. Apple faces a lawsuit from Fortnite maker Epic Games, which has accused the company of violating antitrust laws through its stewardship of its app store. Epic and other developers have long complained of Apple’s 15% to 30% fees on purchases customers make through apps on its iOS devices.The senators said that plenty of other executives in the tech sector and beyond have testified under similar conditions, adding that Apple was aware of the litigation when originally working with the subcommittee to provide a witness. They also noted Apple’s choice to send witnesses to testify before state legislatures voting on bills that would regulate app stores in the way their panel plans to explore.”Apple’s sudden change in course to refuse to provide a witness to testify before the Subcommittee on app store competition issues in April, when the company is clearly willing to discuss them in other public forums, is unacceptable,” they wrote in the letter Friday.Powderly told the senators Apple understands their interest in holding the hearing in April and would make Andeer available. Andeer has previously testified before House members and in state legislatures over similar issues. Powderly emphasized the app store’s role in helping developers of all sizes to make apps that serve the customer experience.”Customers benefit from our commitment to quality, security, and privacy, and we look forward to the opportunity to share our story,” he wrote.Subscribe to CNBC on YouTube.WATCH: Apple’s fight with Epic Games is part of a larger antitrust battle