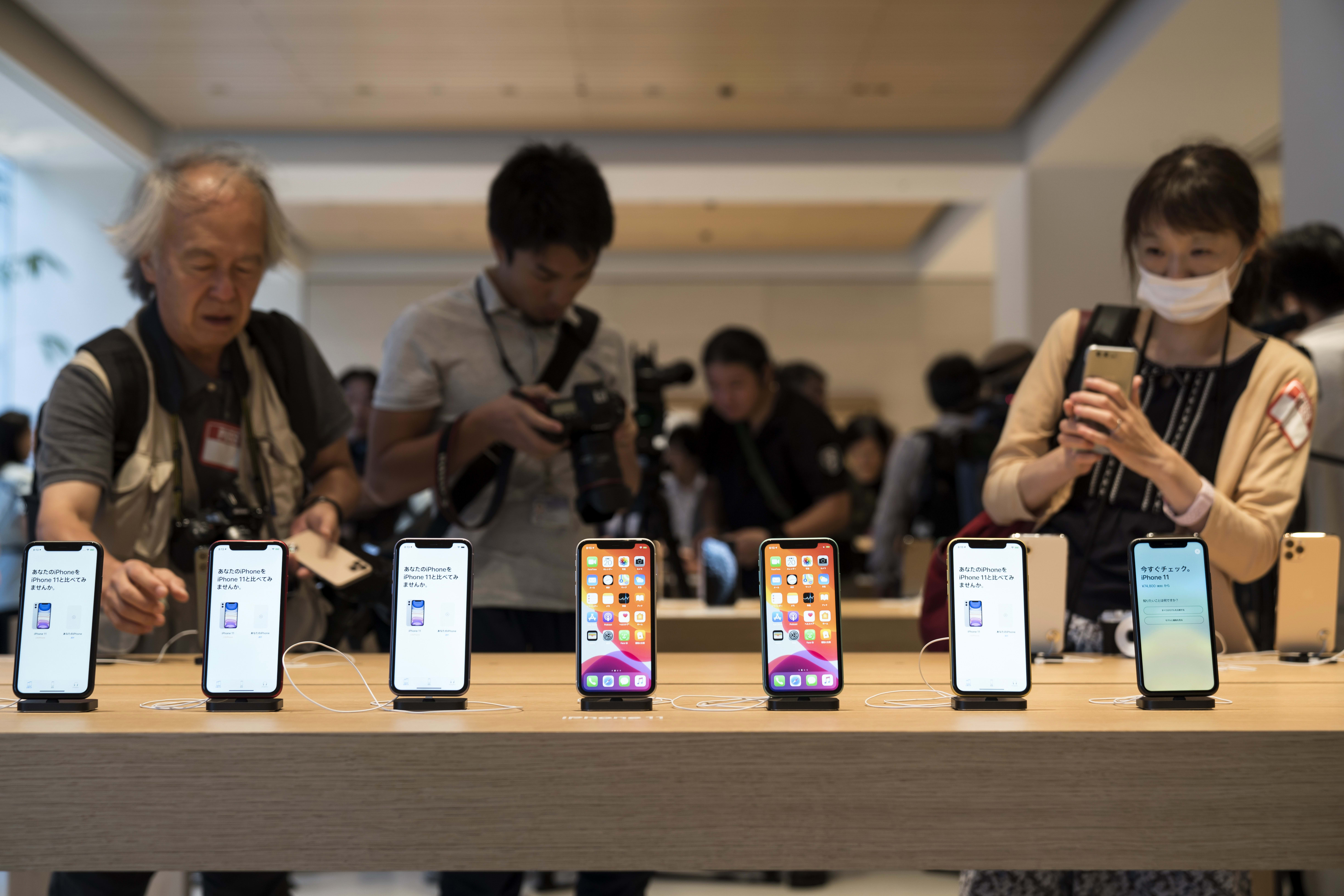 Members of the media take photographs of iPhone 11, iPhone11 Pro and iPhone 11 Pro Max smartphones in the Apple Marunouchi store on September 20, 2019 in Tokyo, Japan.Tomohiro Ohsumi/Getty ImagesBuyer interest in Apple’s latest iPhone lineup is lower than last year despite a more affordable price, an annual survey by Piper Jaffray found.While Apple’s new iPhone 11 starts at $699, $50 less than last year’s iPhone XR, customers may be holding out for 5G models that the company is reportedly preparing to release next year, according to a top analyst. The Piper Jaffray survey of more than 1,500 U.S. iPhone users found 51% of respondents said they would buy one of the new versions of the iPhone this year, compared with 69% last year after the release of the iPhone XR, XS and XS Max.The average selling price for new iPhone models will be 10% to 15% lower this year compared with the second half of 2018, Rosenblatt Securities analysts said. They said sales of the lowest-priced new model, the iPhone 11, will make up about 60% of total new model sales. Last year, Apple’s lowest-priced new model, the XR, made up about 55% of total phone sales, according to Rosenblatt.Sales this year will likely skew toward the lower-priced models, Piper Jaffray analysts said, but unit sales will remain relatively flat. The analysts predicted Apple’s fiscal year 2020 iPhone revenue will decline about 1% year over year.”It is the lower iPhone ASP [average selling price] that we believe will enable relatively stable unit volumes (i.e. lower pricing entices users to upgrade) ahead of the upcoming 5G cycle,” the analysts wrote.Once Apple launches 5G phones, Piper Jaffray expects iPhone revenue will grow 2% year over year.To gauge interest in the 5G phone, Piper Jaffray asked about 1,050 current U.S. iPhone owners if they would upgrade to a 5G iPhone for $1,200. Of the respondents, 23% said they would. That’s up from 18% of respondents when Piper Jaffray asked the same question in June.Some of Apple’s rivals, like Samsung, have already released 5G phones this year. However 5G networks are extremely limited in the U.S., so there’s very little benefit for customers to spend extra to get a 5G phone now.”We believe, given the high price point used in our survey and relatively limited marketing of 5G by device makers or carriers to date, that this is a relatively positive result,” the analysts wrote.Subscribe to CNBC on YouTube.WATCH: iPhone 11 review: Lots of small improvements that add up to a solid phone