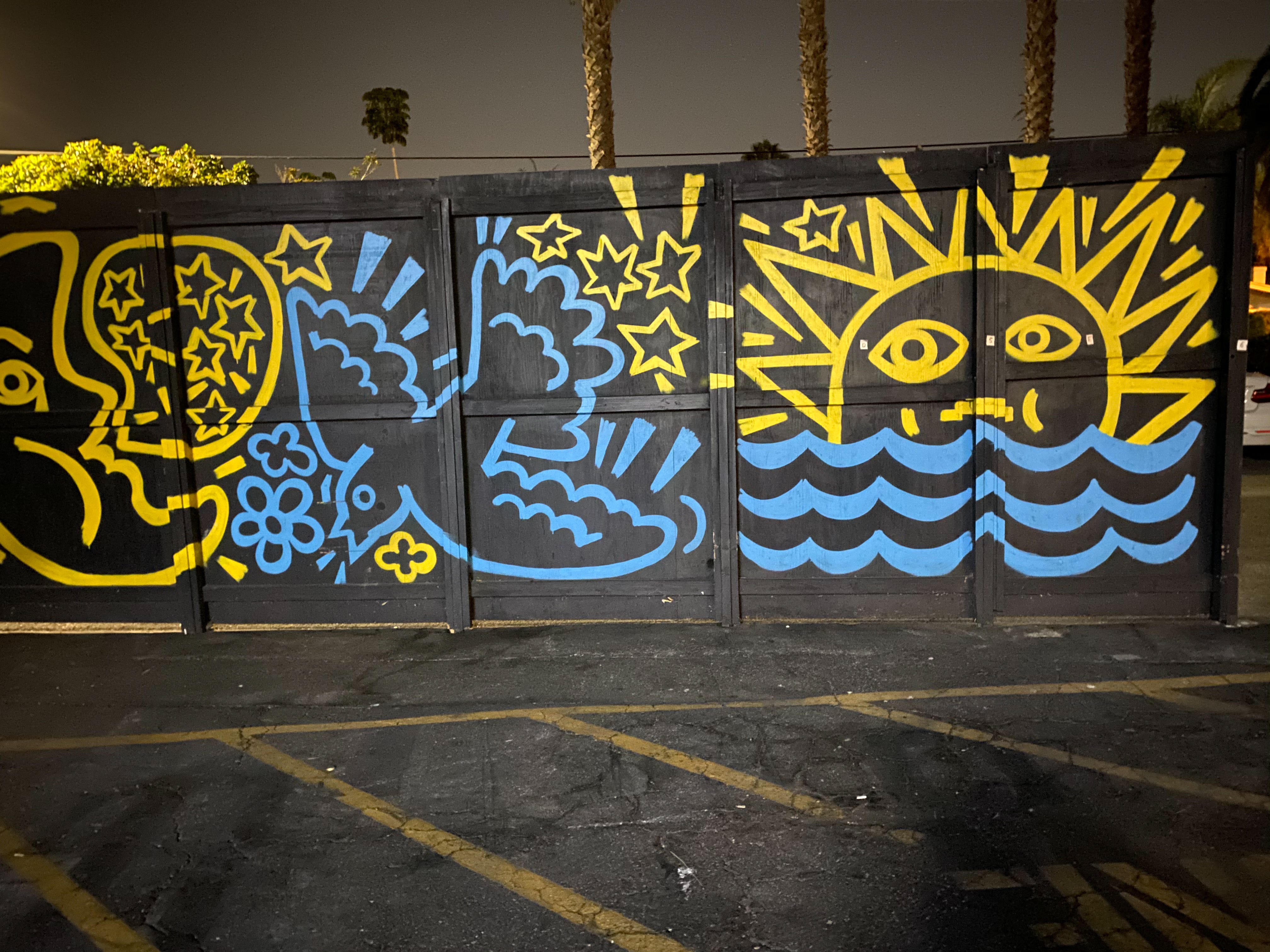 LOS ANGELES – I am posing for a photo in near-total darkness by a mural in the outside back of the Brig bar, in the trendy Abbott Kinney section of Venice Beach.

Yet, somehow, the new iPhone 11 Pro does an absolutely amazing job of making it look like we are using professional lighting to capture the image. And when we compare it to a similar shot, taken on a 3-year-old iPhone 8, the results there are muddy, shaky and out of focus.

Yes, there is a difference between newer and older models of iPhones.

Surely you’ve heard the hype about the new crops of iPhones which went on sale this weekend, and how the premium 11 Pro and 11 Pro Max models (starting at $999 and $1,099) have awesome new cameras that blow previous models out of the water.

That would be a yes and a no. The “Night Mode” feature, similar to what Google introduced on the Pixel 3 at the end of 2018, is a real winner, especially if you like to take photos in really dark settings.

It’s not that Apple is able to perform magic optically; instead, it’s using software, or computational photography tricks, to merge several photos into one killer master image.

The Night Mode is absolutely awesome. But if you shoot average snapshots in great afternoon daylight, I’d argue that you wouldn’t be able to tell much of a difference between the 11 Pro, last year’s XS models or the iPhone 8.

Can you see the difference?

Can you pick out the iPhone 11 Pro shot?

(Hit me up on Twitter with your guesses, @jeffersongraham. Good luck!)

The cameras of the 11 Pro series have been enhanced with an additional third lens than previous Plus models, which shoots in ultra-wide angle. This helps get a better landscape shot, without having to resort to shoot it in panorama mode to get in the whole scene, and more folks can now fit into a group shot. (Take a look at the gallery below to see an example of a street mural, as photographed on the ultra-wide, wide and telephoto lens.)

How good is Night Mode?

Night Mode is an automatic feature that kicks in for dark scenes. When the iPhone senses that you’ll need it, it switches on and asks you to try to be still, as it takes what amounts to multiple exposures of the same shot, and then sandwiches them together into one master shot. (Apple says you can kick the feature into gear manually by tapping on the Night mode icon right within the camera menu.)

The multiple image approach to photography is like the HDR (High Dynamic Range) format most iPhone images are photographed in, where the camera automatically shoots three shots – one too dark, one too light and one normal, and merges them for one photo with better color and definition.

Night Mode works only on the top two lenses, the normal wide-angle, and what Apple calls its telephoto lens. So don’t be surprised if the dark scene still remains dark when you try to shoot it.

Holding steady when you do a night shot can be a challenge, and if you don’t do it right, you will get a very fuzzy shot. (See below.) If you’ve got shaky hands, you might consider using a tripod.

Beyond the software lighting tricks for stills, know that you’ll get none of that for video. In a dark setting, the videos are still muddy and under-exposed. (Slow Motion looks absolutely dreary on a dark night.)

I’m a huge fan of the Samsung Galaxy S10, which earlier this year added the third lens, for ultra-wide photography, and I have been known to use it all the time for video, where an ultra-wide, GoPro-like look at the world makes for one sweeping visual.

I’ve been using it with the DJI Osmo Mobile 3 gimbel, a camera stabilizer that smooths the images. The only downside is that the Samsung lens can sometimes look, as do GoPros, distorted on the edges. I’m happy to report that in my tests over the weekend, with an iPhone 11 Pro in the Osmo, the results were less distorted than the Galaxy and more people-pleasing.

Apple calls its new cameras “pro” and touts “pro performance.” I think that’s a stretch. There are so many things I can do on the iPhone for snapshots that are absolutely awesome, but without manual controls – sorry, Apple – the iPhone will never be a pro camera.

The portraits I take on my Sony A7III are more stunning, I can’t attach a pro-level flash to the phone like I can with my camera, nor can I seriously zoom in, like my friends who shoot sports and events like last night’s Emmy awards need to do. The list goes on and on.

But most people aren’t buying cameras that cost in the thousands, they’re shooting on smartphones.

If you’ve got an old iPhone and want to upgrade for the camera, the third lens alone is worth the price of admission, that is, if you happen to have an extra $1,000 or so lying around. I love having it and see myself using it most of the time, especially since it’s less distorted than the Galaxy.

Night Mode is just the icing on the cake. And what a sweet cake that is.

Readers: Have questions about iPhone photography? I’d love to hear from you. Hit me up on Twitter, where I’m @jeffersongraham.

Samsung Galaxy Fold goes on sale in the U.S. Friday
The Cuisinart PerfecTemp electric kettle is down to its lowest price ever
To Top
error: Content is protected !!
Top