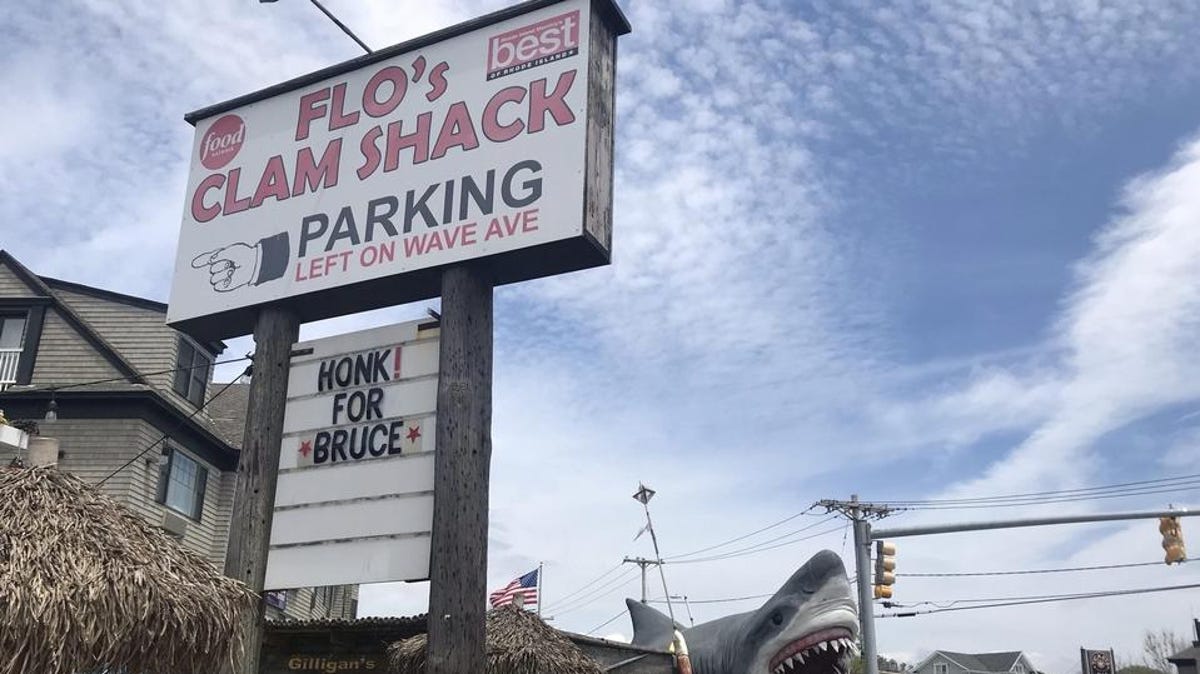 PROVIDENCE, R.I. — Shellfish are the backbone ingredient of many of New England’s most iconic dishes, but prices of some of the more popular invertebrates, like clams, have made them hard to get for Newport County restaurants.And one popular restaurant known for its clams won’t be selling them for the foreseeable future.High prices for shellfish during the summer is nothing new, said Michael Napolitano, owner of Macray’s Seafood in Tiverton, Rhode Island. Generally, though, prices increase significantly during August. Napolitano said this year he began paying more for clams in May.“Every week it’s been going up,” Napolitano said. “I’ve never seen it like this.Last week, Napolitano said he had to pay $185 per shipment for clams, well above the typical $30 per shipment. Stephen Bucolo, owner of Anthony’s Seafood Market and Restaurant in Middletown, Rhode Island, said he’s seen prices around $230.’They eat like a wing, with more meat’: Wingstop launches Thighstop amid chicken wing shortageFor Flo’s, enough was enoughIn a social media post, Flo’s Clam Shack, which has locations in Middletown and Portsmouth, Rhode Island, said the price of frying clams climbed so high it will discontinue serving the iconic dish until the price drops. The post said Flo’s did not want to raise its price to consumers.“The big question again is why?” the post reads. “Take your pick &mldr;. weather, less people digging, red tide, many shacks not open because lack of workers, blueberry season, transportation costs, not enough shuckers. The excuses go on and on. Enjoy our strictly fresh dry scallops, tendersweet clam strips or some sweet and crunchy fried oysters. The almighty fried clam will be back!”This is the first time Flo’s has listed its clams as “market price,” said owner Komes Rozes. He believes the main reason for increased prices is suppliers trying to make up for reduced profits in 2020.”When you’ve been in this business 45 years like I have, you can tell,” Rozes said. “Everybody is trying to make up for last year, even restaurants. That’s a lot of it.”The regulars at Flo’s will continue eating there regardless of the missing fried clams, Rozes said, and he won’t make visitors take out a loan to get them.”We just can’t pass this price on to the consumer,” Rozes said. “I couldn’t sleep at night if I did.”‘It’s really frustrating’: Worker shortages are putting more money in employees’ pockets but could slow the economyAt the rate prices are headed up, Bucolo said he would have to sell clam-based dishes at prices beyond what customers would be willing to pay to justify the cost. At this price point, even Bucolo’s supplier said shucking the typical amount would be cost-ineffective.“It was so high, he didn’t want to shuck them if nobody wanted them,” Bucolo said. “He’s like, ‘Who’s going to pay $200 for a gallon?’ You’d get about 14 or 15 orders out of them.”Clams are particularly difficult to store, as they go bad quickly and don’t freeze well, Bucolo said. That contributes to the negative impact the high prices have on restaurant bottom lines should they not be able to sell the expensive seafood.High prices affect more than clamsNapolitano said lobster prices are also sky high, as are prices for non-food supplies like takeout containers and gloves. With fried clams being the restaurant’s best seller, Napolitano said he can’t just stop selling the product, so he’s considering increasing prices.“(Clam and lobster prices) are both ridiculous,” Napolitano said. “I’m probably paying about $400 more per shipment now &mldr; It’s affecting the bottom line, but we’re going to figure it out. I’m not upping the prices yet, but it’s definitely something I’m looking into. If it doesn’t make sense, it doesn’t make sense.”Neither Napolitano nor Bucolo could say why prices have increased so dramatically week after week. Both said a worker shortage might factor into the prices, with fewer people available to prepare the clams on the supplier’s end. However, Bucolo said the abundance of rain this year could have cut into the supply of clams.Bucolo said this price hike is mainly affecting soft-shell clams, the “steamers” that “whole bellies” come from, which are often used for frying. Atlantic surf clams, used by many New England restaurants for clam strips and chowder, have also seen a price increase, but nowhere near as dramatic.My pleasure: Chick-fil-A rated America’s top fast-food restaurant, McDonald’s ranked lastBucolo said he’s never seen a situation like this in the 40 years he’s worked in the seafood industry, but luckily there’s no shortage of customers, even with his shortened menu.“It’s gotten very bad,” Bucolo said. “I have people who have been with me for 10-plus years, I have to make sure they get a paycheck … We’ll keep adapting. Not too many people walked out over the weekend, but it’s definitely one of those things … I’ll keep trying to come up with something that’s sustainable.”Follow Savana Dunning on Twitter: @savanaish.

My JCPenney photos haven’t been delivered for months. How do I get the pictures of my granddaughter?
Carrot recall 2021: Grimmway Farms recalls O Organics, Bunny-Luv carrots for possible salmonella contamination
To Top
error: Content is protected !!
Top