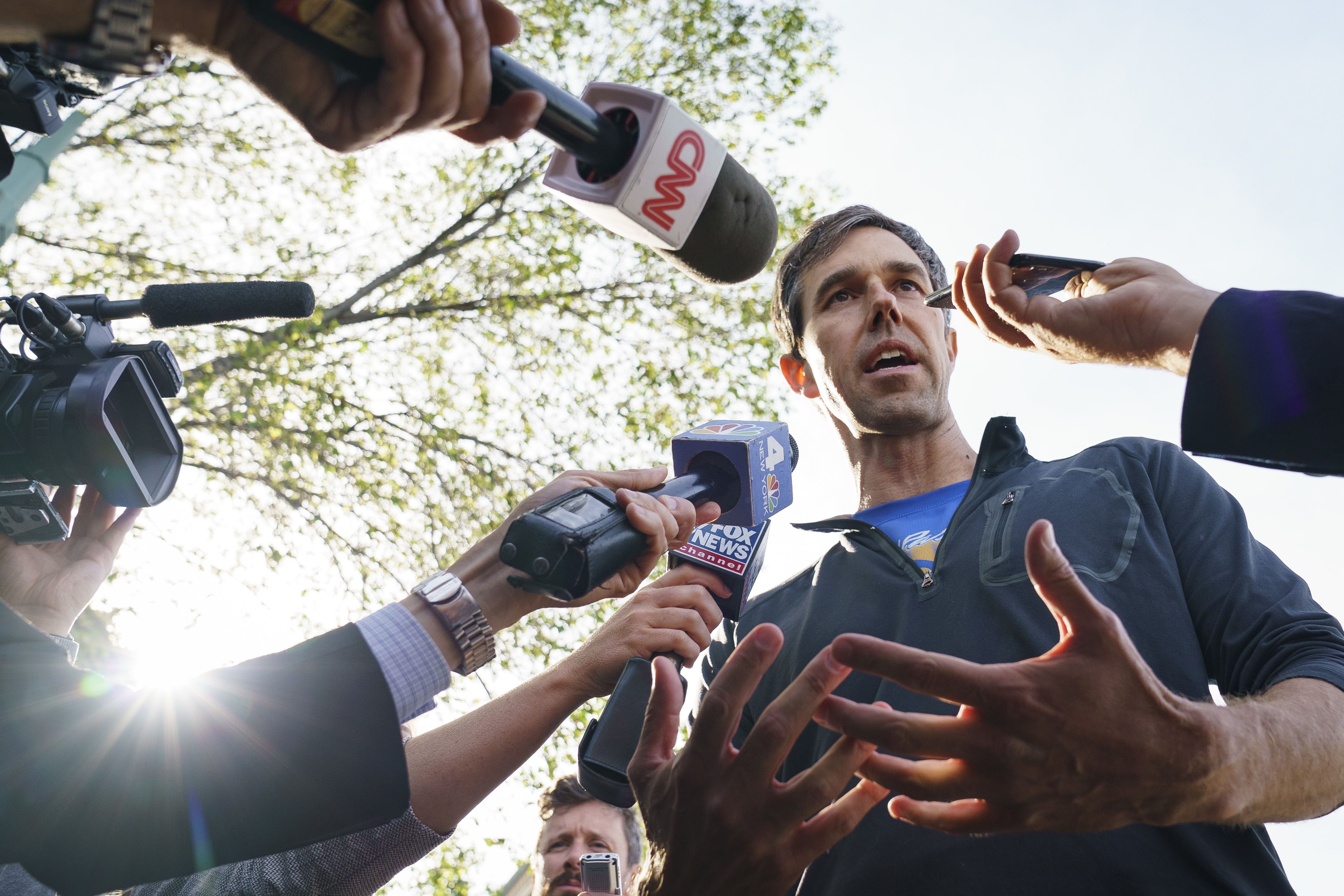 Beto O’Rourke established a dominant presence on social media during his nail-biting run for a U.S. Senate seat in Texas last year. So far, though, his 2020 presidential campaign has lagged behind major Democratic rivals in Facebook ad spending.

Political strategists said this could be a sign that O’Rourke is focusing more on the ground game than digital tactics because of potential trouble attracting donors – even after his campaign against GOP Sen. Ted Cruz grew into a fundraising juggernaut.

In a statement to CNBC, O’Rourke’s campaign emphasized his focus on meeting voters and appearing at media opportunities.

“Beto has been relentless about meeting people where they are – whether that’s showing up in their communities, responding to people on social media through Town Hall for America, or speaking directly to voters on television screens across the country,” a campaign spokesman said. “Just like we did in the Senate race, this campaign is working at a breakneck pace to ensure we have the largest grassroots effort this country has ever seen.”

Facebook’s digital ad library report, which compiles data on businesses and political campaigns, shows that O’Rourke’s campaign spent just over $637,000 on digital ads for the site since he jumped into the race in March. Over the last seven days, he spent $43,394, and through the course of 30 days he shelled out $105,000. His 2018 Senate campaign spent $8 million on Facebook ads – more than any candidate running in the midterms.

At least six other Democratic contenders have spent more on Facebook ads than O’Rourke. Former Vice President Joe Biden, who got into the race a month after O’Rourke, has spent $1.4 million. Others outpacing O’Rourke are entrepreneur Andrew Yang and Sens. Bernie Sanders, Elizabeth Warren, Kamala Harris and Kirsten Gillibrand.

President Donald Trump’s campaign is the dominant 2020 force on Facebook, spending $8.9 million on ads from May last year through this month.

Meanwhile on Google, O’Rourke is ahead of Sanders in ad investments but lagging behind Harris, Warren and South Bend, Indiana, Mayor Pete Buttigieg.

Veteran Democratic strategists argue that the apparent shift in strategy could reflect that O’Rourke might be having trouble raising funds through Facebook ads, perhaps forcing the operation, under the leadership of former Obama deputy campaign manager Jen O’Malley Dillon, to focus on other avenues of appealing to potential supporters.

“It could [have to do with their fundraising]. That’s why she’s reallocating resources to the ground game,” Democratic strategist Mary Anne-Marsh out of Dewey Square Group told CNBC. “Jen wants to build out their field organization and investing in it now rather than the ads. It’s one or the other, or both.”

Other party advisors echoed the same points while noting the enormous expectations for O’Rourke to replicate his 2018 success cobbling together large sums from small-dollar donors. O’Rourke broke fundraising records in his last run for office, racking up $78 million in donations. About $36 million of that total came from givers who wrote checks for $200 or less, according to the nonpartisan Center for Responsive Politics.

For his presidential campaign, O’Rourke raised $9.3 million in the first quarter of 2019, with $5.5 million coming from small contributions. The second quarter ends June 30, and O’Rourke is competing for donor dollars from a field of over 20 candidates.

“Beto had much higher expectations. There isn’t an endless universe of online donors,” a longtime party donor said on the condition of anonymity because of their involvement with multiple campaigns. “When everyone is competing for the same dollars, it’s going to be incredibly difficult to raise enough money. For a guy like that, he’s spending money, but he wants to have enough cash on hand because he’s competing with space where there are a lot of people competing for oxygen.”

O’Rourke had $6.8 million on hand, according to the most recent quarterly records.

The Texas Democrat is also lagging behind in the polls. A Real Clear Politics polling average has O’Rourke ranked sixth with 3.5% of the vote. He’s doing well in his home state.

Yet 60% of voters in a recent Quinnipac University Texas poll said they would prefer if O’Rourke dropped out of the presidential election and come back to the Lone Star State to face Republican incumbent Sen. John Cornyn.