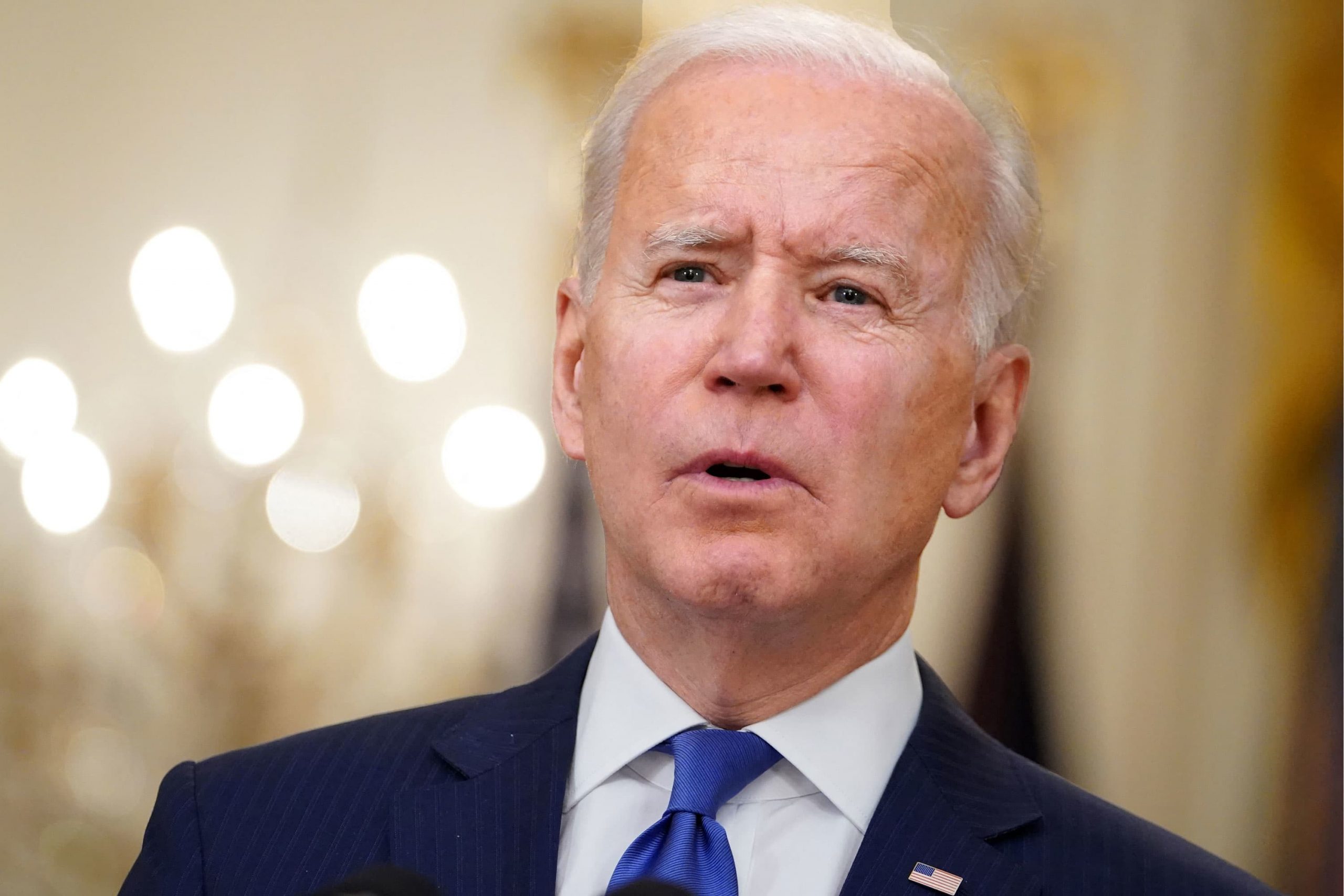 US President Joe Biden speaks during International Women’s Day in the East Room of the White House in Washington, DC on March 8, 2021.Mandel Ngan | AFP | Getty ImagesNearly two months into his presidency, it’s finally becoming clear how Joe Biden plans to approach the tech sector. And it’s looking far different from the approach under the Obama administration.The selection of two major critics of the Big Tech companies, Lina Khan and Tim Wu, for key roles in the administration seems to signal that Biden is serious about taking a tough look at giants such as Amazon, Apple, Facebook and Google. The latter two of those companies are already facing federal antitrust lawsuits filed under the previous administration.Biden’s reported selection of Khan as a nominee to the Federal Trade Commission leaves little room for doubt that the administration hopes to see robust enforcement of antitrust laws and other regulations in the tech space. Politico reported Tuesday that the administration is in the late stages of vetting the nominee, citing sources. A White House spokesperson did not immediately respond to CNBC’s request for comment on the report.Before taking her current role teaching law students at Columbia University, Khan worked for the House Judiciary subcommittee on antitrust, helping to compile the nearly 450-page report accusing the four tech giants of maintaining monopoly power and suggesting a major overhaul of the antitrust laws and their enforcement.Khan, 32, rose to prominence in antitrust scholarship after writing “Amazon’s Antitrust Paradox” as a law student at Yale University in 2017. In the article, published in the Yale Law Journal, she argued for a more expansive understanding of how U.S. antitrust laws could be applied to a company like Amazon. While courts have for years often relied on the much-debated “consumer welfare” standard, often pegged to the price of goods and services to consumers, to evaluate whether an antitrust violation has taken place, Khan argued the standard is ill-equipped to evaluate potential harm by online platforms.Khan wrote that predatory pricing could be uniquely in the interest of platforms because they are often rewarded for pursuing growth instead of profits. From the outside, this could appear to benefit consumers by lowering prices, though it would undercut legitimate competitors who could be cut out of the market. She also argued that platforms can control “essential infrastructure” competitors come to depend upon, which enables the platforms to exploit information against rivals.Khan’s road to confirmation may not be completely smooth, however. Sen. Mike Lee of Utah, the top Republican on the Senate Judiciary subcommittee on antitrust, said in a statement Tuesday that if the report of Khan’s nomination is true “it is deeply concerning.” Lee criticized Khan’s youth and experience in the statement.”Ms. Khan no doubt has a promising career ahead of her, but being less than four years out of law school, she lacks the experience necessary for such an important role as FTC Commissioner,” Lee said. “Her views on antitrust enforcement are also wildly out of step with a prudent approach to the law. Nominating Ms. Khan would signal that President Biden intends to put ideology and politics ahead of competent antitrust enforcement, which would be gravely disappointing at a time when it is absolutely critical that we have strong and effective leadership at the enforcement agencies. This moment is too important for our antitrust enforcers to be learning on the job.”Rep. David Cicilline, D-R.I., chairman of the House Judiciary subcommittee on antitrust, who worked with Khan during the tech investigation, said in a tweet on Tuesday that Khan’s appointment would “be a major victory for locally-owned businesses, workers, and everyone who has been negatively affected by the dominance of Big Tech.”In addition to the expected nomination of Khan, the administration last week announced that Columbia University law professor Tim Wu would join the National Economic Council to work on technology and competition policy. Wu helped popularize the idea that major tech firms may need to be broken up to reinvigorate competition through his 2018 book, “The Curse of Bigness: Antitrust in the New Gilded Age.” He also coined the term “net neutrality,” which ultimately ignited a major debate about whether internet service providers should have the ability to slow or speed up internet services.Prior to the revelation of these two picks, tech critics had remained wary of how Biden would ultimately select his top tech enforcers. Progressive groups warned the administration not to select staffers or nominees with Big Tech ties, including former Google CEO Eric Schmidt, who was rumored to be discussed for an administration role.The fear also came from the Obama administration’s reputation as a tech-friendly White House that did not bring major enforcement actions against the tech giants. Even so, many expected Biden’s approach would likely differ, if only because public sentiment toward the tech sector has swung drastically since 2016.Biden still must fill the top antitrust role at the Department of Justice and the fifth empty seat on the FTC, assuming his nominee for the Consumer Financial Protection Bureau who is a current FTC commissioner is confirmed. But the selection of Khan and Wu for key roles seems to send a strong signal to both progressives and the Big Tech companies that the administration will not back down from strong enforcement.Subscribe to CNBC on YouTube.WATCH: How U.S. antitrust law works, and what it means for Big Tech