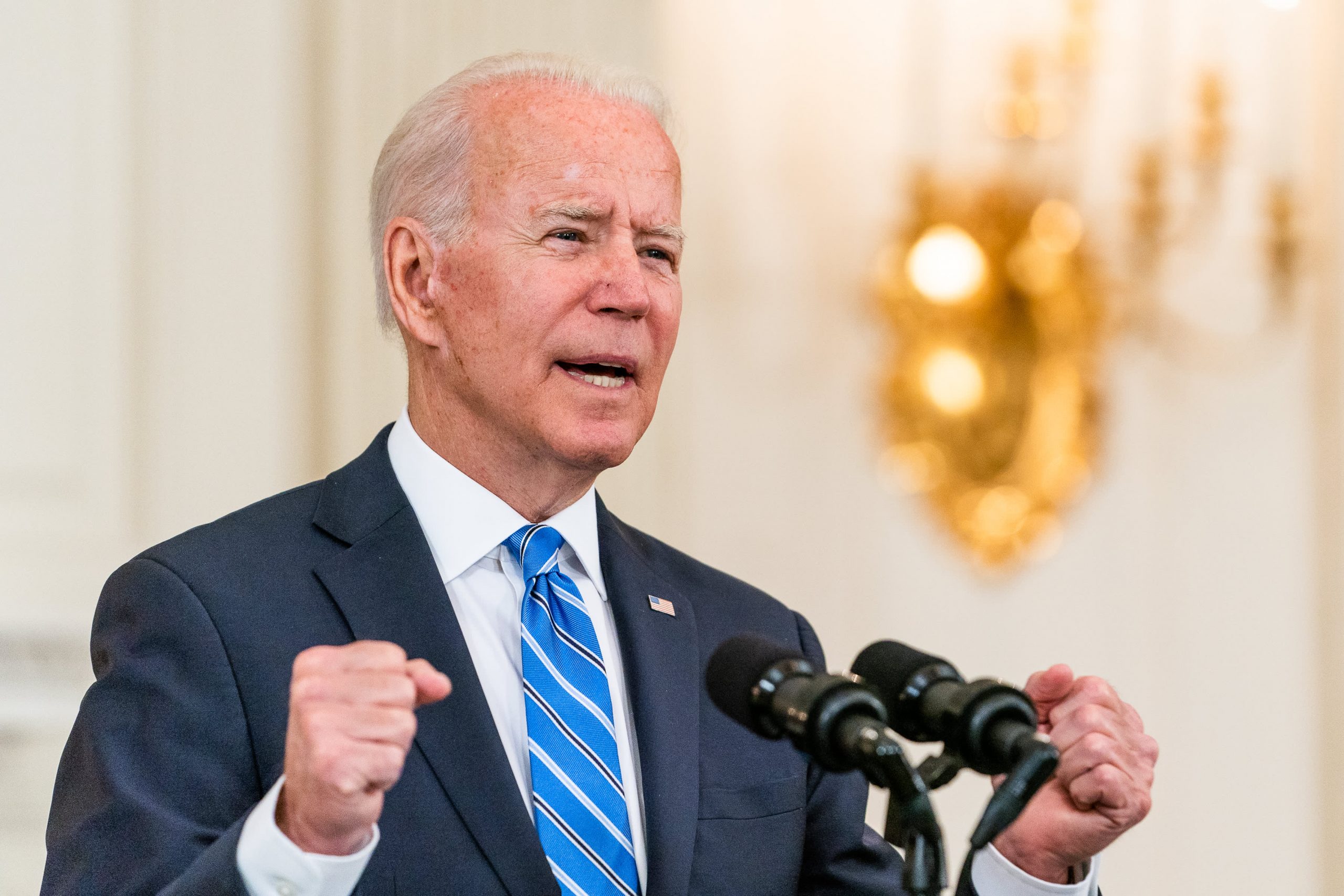 President Joe Biden announced Tuesday that he will nominate Google critic and progressive favorite Jonathan Kanter to lead the Justice Department’s Antitrust Division.The selection is another shot across the bow at the Big Tech firms, following his nomination of Lina Khan to lead the Federal Trade Commission. Khan has been a longtime critic of the status quo antitrust framework as it relates to the tech sector. Both Khan’s post at the FTC and the role Kanter would fill if confirmed to the DOJ share responsibility for prosecuting illegal monopolies and stopping anticompetitive mergers in their tracks.Kanter has represented complainants that have accused Google of anticompetitive behavior, including Yelp and Microsoft, according to Bloomberg. That could provide grounds for Google to ask him to be recused from their ongoing antitrust case filed by the Justice Department. He also previously worked for a firm representing Amazon, Mastercard and Uber on antitrust issues, which could also require his recusal on potential cases involving those businesses, according to Politico.Khan recently faced her own petitions for recusal from Amazon and Facebook. Both companies have sought to have her removed from antitrust cases involving their businesses based on past statements she’s made. The companies claim those statements show she’s already made up her mind on their liability. Khan and the FTC have not yet responded to the petitions.While the petitions seeking Khan’s recusal involve her past statements, Kanter will have to contend with actual client representation or perceived conflicts involving previous employers that could potentially disqualify his participation from certain cases under ethics laws. Still, under an earlier reported agreement between the FTC and DOJ dividing responsibility for investigations into the tech firms, the department would oversee probes into Apple while the FTC would do so for Amazon.Previously the antitrust practice co-chair of law firm Paul, Weiss, Rifkind, Wharton & Garrison, Kanter left to open his own law firm last year. Earlier, he worked as an attorney at the FTC’s Bureau of Competition during the Clinton administration.Another rumored potential pick for the post was Jonathan Sallet, who has worked for the state of Colorado on its multistate lawsuit against Google. The progressive publication American Prospect called the choice “one between good and great,” with Kanter as the latter. Sallet’s background within the Obama administration, which antitrust reformers have viewed as lax on tech, seemed to make some progressives skeptical of how he would run the division.Even Republicans who have worried about the power of the tech sector have seemed open to Kanter’s nomination. Rachel Bovard, senior director of policy at the Conservative Partnership Institute, told Protocol in an interview published earlier this year that, based on discussions with lawmakers, “Kanter would have a much cleaner confirmation hearing” than Sallet.Following the news of his planned nomination, progressives released enthusiastic statements about Kanter. For months, many have been posting images with mugs emblazoned with “Wu & Khan & Kanter,” a reference to both antitrust nominees plus Tim Wu, a tech critic who joined the Biden administration as part of the National Economic Council.”For years, Jonathan Kanter has been a leader in the effort to increase antitrust enforcement against monopolies by federal, state, and international competition authorities,” Senate Judiciary subcommittee on antitrust Chair Amy Klobuchar, D-Minn., said in a statement. “His deep legal experience and history of advocating for aggressive action make him an excellent choice to lead the Department of Justice’s Antitrust Division.”Sen. Elizabeth Warren, D-Mass., who has called for the breakup of Big Tech companies, called the nomination “tremendous news for workers and consumers.””President Biden has made an excellent choice to lead the DOJ’s antitrust division,” Sarah Miller, executive director of anti-monopoly group American Economic Liberties Project, said in a statement. “A formidable attorney, Kanter has devoted his career to reinvigorating antitrust enforcement. He has crafted many of the most successful legal arguments driving the major antitrust investigations into Big Tech. And he is widely respected on both sides of the aisle in Congress and in the legal community.”Subscribe to CNBC on YouTube.WATCH: Here’s why some experts are calling for a breakup of Big Tech after the House antitrust report

White House says social media networks should be held accountable for spreading misinformation
Want to own a championship-winning racehorse? Now you can– in the metaverse
To Top
error: Content is protected !!
Top