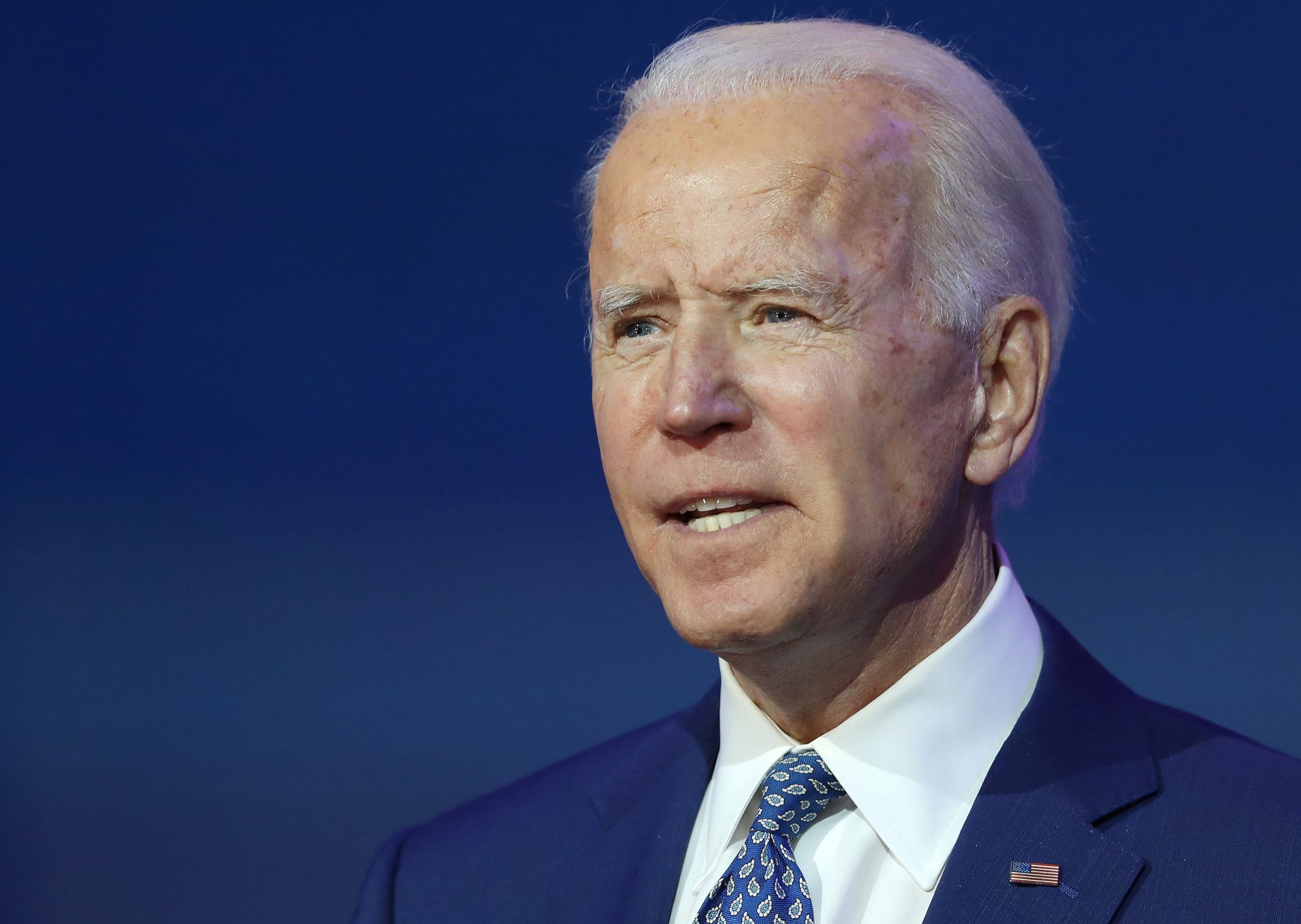 President-elect Joe Biden on Nov. 9, 2020 at the Queen Theater in Wilmington, Delaware.Joe Raedle | Getty Images News | Getty ImagesIt may not get as much attention as plans for stemming the Covid-19 pandemic or changing the tax code, but President-elect Joe Biden also wants to confront another problem: online harassment.On the Biden-Harris website, the campaign said it would convene a task force to recommend how governments, social media companies, schools, and other public and private organizations should address online harassment. That includes addressing the links between online harassment like revenge porn and deepfakes and offline acts of aggression, including mass shootings.”The Biden Administration will shine a light on the online harassment, stalking, and abuse that now is a too-frequent reality for Americans, particularly for young people and women,” Biden’s website says. “Culture change must extend to our online lives, whether clamping down on ‘cyber exploitation,’ online stalking, or intimate partner digital abuse.”The task force, which is listed as one of several efforts under the president-elect’s “Plan to Protect Women,” represents the most aggressive attempt to address online abuse by a U.S. administration. It could also lead to new confrontations with tech companies.In recent months, social media companies like Facebook, Twitter and Google’s YouTube have faced increased pressure to contain viral misinformation, violence, harassment and extremist content. While platforms have cleaned up more in the last year, the same problems persist across the internet and came to the forefront during the 2020 election, experts told CNBC.”It’s something that, without specific effort, won’t be alleviated,” said Kathleen Carley, professor of computer science, engineering and public policy at Carnegie Mellon University. “I think the task force could be very important because it’s very clear there is a lot of online disinformation and hate speech and we’ve seen how that’s been a significant way to harm women and vulnerable groups such as a children and minorities.””I think this particular task force plan aims to address a real need,” said Lisa Fazio, a Vanderbilt University professor of psychology and human development who studies the effects of misinformation. “We know these platforms are consistently the source of online harassment and threats to women, and there’s a connection to extremist consequences.”Confronting transparencyBiden’s plan emphasizes “accountability,” which experts say is a must for tech companies that are historically secretive about how they establish and enforce their policies. Experts pointed to mixed-messaging by companies like YouTube, which has been selective or evasive in its policy explanations.John Redgrave, CEO of abuse detection software company called Sentropy, which is backed by investor and Reddit founder Alexis Ohanian, said there’s always a concern around companies’ ability and willingness to moderate harassing content but those concerns have escalated in recent months.”We have so little transparency so it’s really impossible to evaluate the measures being taken,” Redgrave said. “There’s always the question of what’s enforcement going to be like? What’s the length of time it takes for them to attach labels and policies that breach policies? A label applied several hours late is only marginally better than no label at all.”Experts said they hope for a “reality check” for both the public and for social media companies. Joan Donovan, research director of Harvard’s Shorenstein Center, said YouTube may have the toughest time.”You see people using harassment as entertainment and a way to drive their audiences’ attention, and we see vectors that go right from YouTube to other networks very quickly,” Donovan said. “That and its enforcement information is really difficult to get at for researchers. One of the pain points in researching technology companies is how secretive they all are in what their capabilities are. You’re not going to find out until they do something that shows that certain actions are possible.”Carley said she’d imagine a task force thinking of long-term proposals for things like auditing companies. “I Imagine there could be proposals for something like the IRS but, instead of encouraging auditing finances, it would be algorithms or policy enforcement.”Concerns the tech companies may water it downWhile experts praised Biden’s plan for stating the task force will include folks outside of the traditional tech crowd, they say they’re particularly concerned about what role companies may play in it.”If they go with all the big companies and the current think tanks, they’re going to get the wrong people in this,” Carley said. “This has been studied very well for over a decade by experts and I don’t think there should be a social media company presence unless it’s to consult on the interworking of their algorithms that are important. It needs representatives from all walks of life and I wouldn’t just put it into the hands of the usual Washington policy types.”Experts said they’d ideally like the companies to be in a listening role with the exception of requests for consulting on their technology capabilities.”I don’t trust them to make real changes,” said Fazio, adding that she’d want to see social scientists, women of color and historians included on this task force. “They’ve had many opportunities to make change on their own. They’ve shown they are more interested in protecting their profits.”Donovan cautioned that companies may be “an important collaborator but they cannot take center stage.”She also said she can see a potential for companies to play a role in funding counter-measures, pointing to mobile apps like Circle of Six, which won an Obama-era White House technology challenge aimed at countering domestic violence. “Policy isn’t a one-all,” she said. “They’d also have to think of counter technologies.”WATCH NOW: President-elect Biden begins transition after election victory