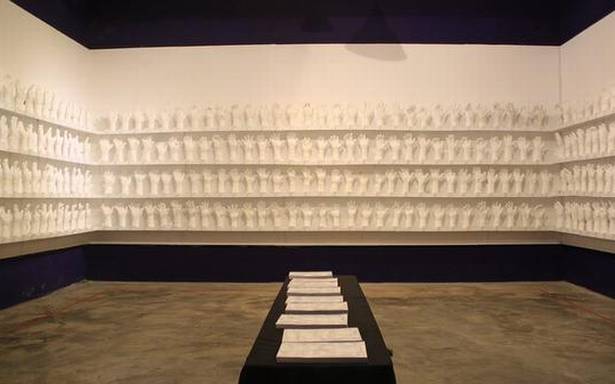 They survived repression, flourished and continued to address injustices in more hopeful times. And miracles do happen

Who can stop you?There will be a future, very near The bright stars did shine once But who can stop you? Today… today… change something Today, today… let us change…!Today is for everyone!My partner recalls her exhilaration when she saw these words projected on the Town Hall in Yangon in December 2016 as part of a multi-disciplinary arts festival, Mingalabar! At once straddling the contours of a shifting urbanism — tradition, indigineity, cosmopolitanism — Yangon was on the cusp of change.This verse now rings with bitter irony, tainted by crushed dissent, ethno-nationalism, minority genocide and exodus. As a symbolic centre in Yangon, I now recall how the hall’s compound was once occupied by tanks under the Tatmadaw, a chilling image of which was shot by the award-winning photographer, Philip Blenkinsop, in the mid-90s. While looking at 19th-century images by Felice Beato in London with antiquarian book collector John Randall in the early 2000s, it was his Myanmarese partner and novelist, Wendy Law-Yone, who urged us towards a deeper discovery of the arts scene. At that point, my awareness of the country drew upon a few modern history books, novels and vintage images — the writings of U.N. envoy Thant Myint-U called The River of Lost Footsteps, Amitav Ghosh’s The Glass Palace and the exoticised photographs of Philip Adolphe Klier from the 19th century.I accompanied Wendy and John to Asia House in London in 2007 to see the works of Htein Lin, who had been imprisoned for almost seven years on suspicion of organising anti-government events on the 10th anniversary of the 1988 student-led uprising. The exhibition, titled Burma: Inside Out, showcased his prison paintings — a haunting, insider’s perspective, improvised on prison uniforms and stray pieces of cloth. It was a scathing reprisal against authoritarian rule through autobiography. Enduring spiritHis paintings depicted a tortured existence but also sheer resilience as he made more than 200 renditions during his captivity, and even thanked the guards when acquitted. He later made a powerful installation at the Goethe Villa in 2015, titled A Show of Hands, arranging an array of plaster casts on shelves — moulded from the hands of those prisoners he managed to locate after being allowed back into the country after 2012. All these impressionistic, cathartic artworks make us acutely aware of their resonance in India, which has shamefully let itself down by refusing refugees.In 2016/17, as part of a PIX initiative, we applied for and received a grant from both the Goethe Insitut (Delhi and Yangon) and the India Council for Cultural Relations (Delhi) to compile a volume on young lens-based artists from the region, which was realised following short trips to the country. Wendy pointed us in the direction of her colleague in the city, Nance Cunningham, a Canadian working with Myanmarese artist Aung Soe Min, who in turn ran an extraordinary gallery called Pansodan.

They introduced us to a new network of young thinkers and makers, including another gallery called New Zero Art Space, run by activist-artist Aye Ko. They were contemporaries of Htein Lin who helped us trace the marginalisation of “othered” ethnic and religious minorities, the complexities of the geo-political situation with China, the notion of partisan, ‘associate citizenship’ applied to Kachen, Karen, Chin and Rohingya since 1982.New generationBut then we were to also meet a new generation of gallerists, writers and curators. Nathalie Johnston of Myanm/art, Matt Grace of Myanmar Deitta, Christophe Loviny of the Yangon Photo Festival and Lukas Birk of the Myanmar Photo Archive were working closely with artists such as Mayco Naing, Aung Myat Htay, Yadanar Win and Minzayar Oo, among others. Mayco Naing had staged images of her generation in a pool of water, suffocating, struggling to breathe while submerged, engulfed by the deafening static of censorship. Aung Myat Htay, who runs the School of Contemporary Art, is interested in new origin stories and had created silhouettes of figures — some taken from iconic 19th-century images — and composed them instead with images of other objects, lending them an alter-identity. Minzayar Oo had taken searing images of the conditions surrounding jade mining in Myanmar, the creation of inhumane camps and the depiction of the daunting scale of modern slave labour. And Yadanar Win was a performance artist who had taken images of herself in wedding regalia titled Random Marriage, with cutouts of men in different fatigues, highlighting forced nuptials, and the hidden identities of those in power.Thinking about the situation today in both countries — mired in incarcerations, disenfanchisements and majoritarian hubris — I am grateful to the transnational initiatives of so many art forums, one of which, the Serendipity Arts Festival, enabled further dialogues with artists from Myanmar in 2019. Travelling to the country then, one could view extraordinary exhibitions that presented brave new cartographies, such as Building Bridges, curated by artist Sai Htin Linn Htet; and meet Yu Yu Myint Than at the show Bridging the NAF (also a recent photobook).

The festival brought many of these artists to Goa in the winter of 2019, ironically at a time when India’s own civil rights credibility hit a pathetic low. But the artists clearly showed us how to work across disciplines and calibrate work when responding to socio-political injustices, and in fact how to combat being disconnected from communities and their viewers.Imperial victimsThey can make us think again about those historical figures forced into cross-country exile by the imperial state — Bahadur Shah Zafar and King Thibaw — and perhaps make us circle back to the imperilled lives of Rohingya refugees in the country today, documented by young practitioners like Jesim Feroze and Anuj Arora in the capital, graduates from Sri Aurobindo Centre for Arts and Communication.Wendy at one time recalled how her father, U-Law Yone — a reputed editor of the Rangoon Nation — was treated as a political prisoner in the 60s. One night, he was taken away from his family for five years without any warning, and it was months before his family was given proof of life. But apart from how terrorising that moment was, she considers how it eventually made her stronger, enabled trans-national linkages, and gave her the courage to press on. In an article she later wrote about her past experiences, the headline read: Miracles do happen, even in police states.The writer is Curator, Alkazi Foundation for the Arts, and Founder, ASAP Connect App.