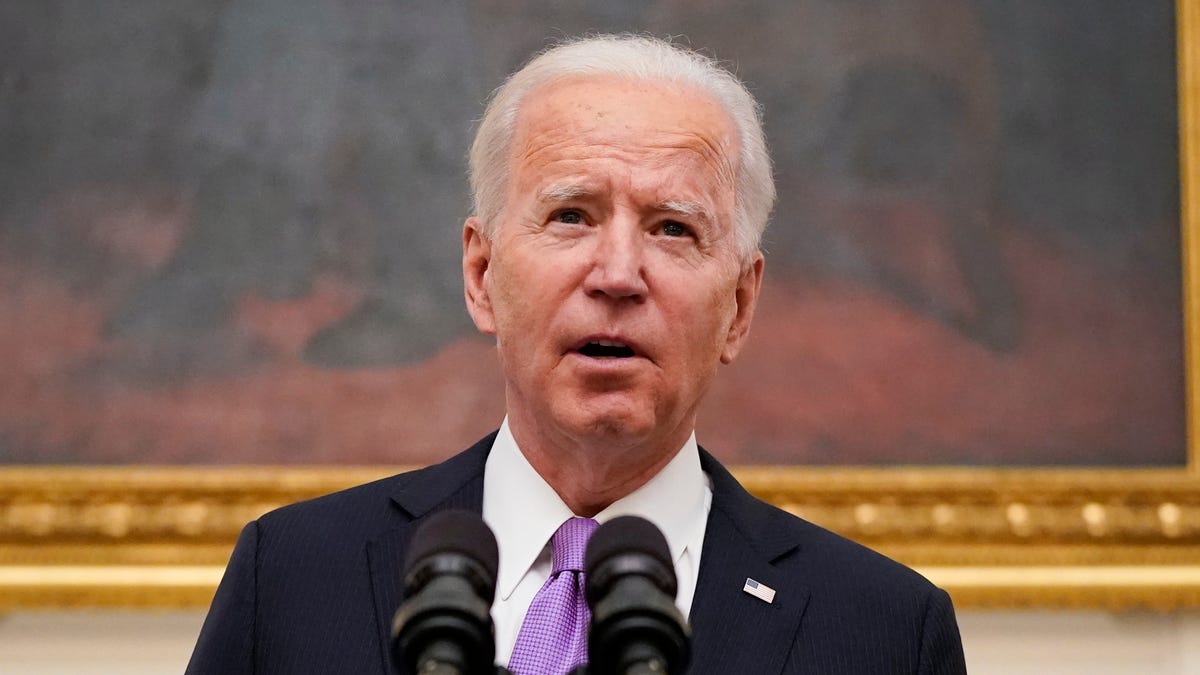 | USA TODAY
President Biden signs 15 executive orders during first hours in officeClimate change, LGBTQ rights and the border wall are just a few items President Joe Biden addressed in signing his first executive orders.USA TODAYWASHINGTON – President Joe Biden will take steps Monday to encourage the federal government to buy more American-made products, a move the new administration argues will protect U.S. jobs and juice an economy severely hobbled by the deadly coronavirus pandemic.Biden, who pushed a $700 billion Buy American campaign as a candidate for president, is set to sign an executive order that will advance several policies to boost the federal government’s purchase of U.S.-manufactured goods and services, administration officials said Sunday.Federal law requires government agencies to give preference to American firms when possible, but critics say those requirements haven’t always been implemented consistently or effectively. Some have not been substantially updated since the 1950s.The federal government spends nearly $600 billion a year on contracts, which is money the administration says can spur a revitalization of the nation’s industrial strength and create new markets for new technologies.’Hard truths and important facts’: Biden pushes for coronavirus testing reset with $50 billion planTo that end, Biden’s order will increase the domestic content threshold, which is the amount of a product that must be made in the U.S. before it can be purchased by the federal government.Right now, loopholes in federal law allow products to be stamped “made in America” for purposes of federal procurement even if barely 51% of the materials used to produce them are domestically made. Administration officials did not say how much Biden intends to increase that threshold.In addition, the order will close loopholes that critics say federal agencies often use to get around requirements that they buy American products.The order calls for a central review of requests for waivers to Buy American rules and the creation of a website that will be available to the public. U.S. manufacturers will be able to see those waivers and determine whether they are in a position to provide the requested goods. That will help more American companies compete for and win federal contracts, an administration official said.The order also will create a senior director’s position in the Office of Management and Budget whose focus will be on the Made In America campaign and making sure the new rules and procedures are followed.Federal agencies will be directed to use the Manufacturing Extension Partnership, a public-private network that supports small and midsize businesses in all 50 states and Puerto Rico, to help agencies connect with new domestic suppliers who can make the products they need while employing U.S. workers.’Failure is not an option’: Biden faces pressure to deliver in ‘wartime’ effort against COVID-19 crisisShortly after taking office in 2017, President Donald Trump issued a series of executive orders that were intended to strengthen rules requiring federal agencies to buy U.S.-made goods when possible. But critics argued that effort fell short, partly because of Trump’s failure to adequately enforce the rules.The order that Biden will sign is expected to include a clear timeline for updating domestic content requirements and a process for reducing unnecessary waivers, which the administration argues would fundamentally change how the program operates.Agencies will be required to report twice a year on their implementation of Made in America laws.Since taking office last Wednesday, Biden has signed more than two dozen executive orders spanning a variety of subjects, including COVID-19 and food assistance for low-income families.Michael Collins covers the White House. Reach him on Twitter @mcollinsNEWS.Food assistance: Biden signs orders giving economic relief to working families hit hard by COVID-19Takeaways from Biden’s COVID-19 executive orders: Experts celebrate plan, warn ‘a lot of work’ is left

The pandemic altered financial behaviors for many. Here’s what we can expect to change for good.
Apple AirPods Pro earbuds are on sale for less than $200 at Amazon right now
To Top
error: Content is protected !!
Top