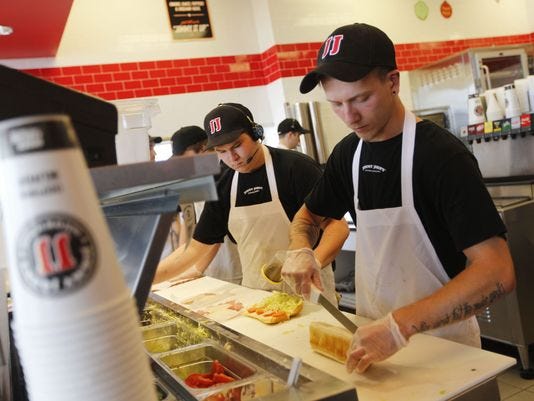 Jimmy John’s is trending on Twitter, and it’s not because of the Chicken Sandwich Wars or its free house contest.

The hashtag #BoycottJimmyJohns was trending Friday with calls for a boycott of the sandwich restaurant, after a photo of the company’s founder Jimmy John Liautaud with an elephant he killed resurfaced.

The photo itself is old and has frequently made the rounds on Twitter.

On Friday, Brother Nature, who has a Twitter following of 2.3 million, retweeted an April 19 tweet and wrote “We boycotting Jimmy Johns.”

Who has the best chicken sandwich?: Popeyes, Chick-fil-A and Wendy’s are clucking on social media

Tell us your favorite: Vote on your pick for the best fast-food chicken sandwich

“Please learn about African wildlife conservation before boycotting anything and making assumptions. Every damn time one of these pics pops up people go crazy and don’t have the slightest clue about the entire process,” @DiamondJoe1985 tweeted to Brother Nature, which he retweeted. “And the actual benefits behind this type of hunting.”

Save on clothing, home decor, and more with this massive weekend sale
Disney Plus plans to take on Netflix with ‘quality over quantity’
To Top
error: Content is protected !!
Top