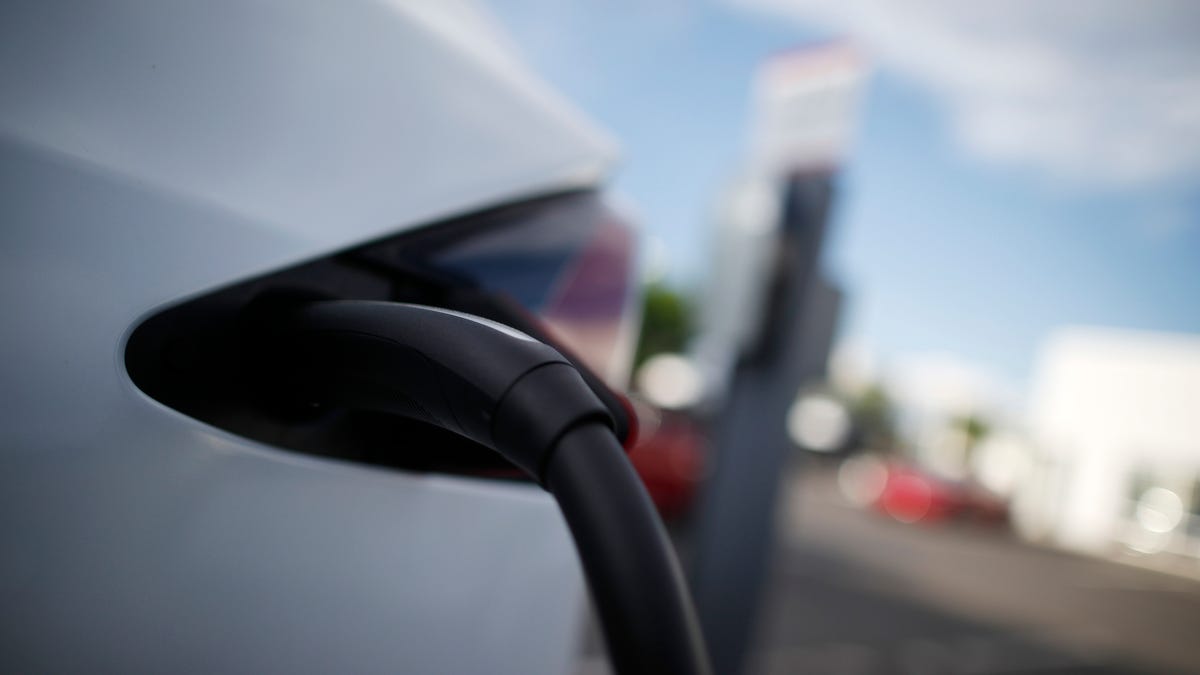 Electric cars on way, but buyers may not be readySome automakers are staking their futures on the notion that consumers will soon be ready to buy electric vehicles. The risk is as hazardous as it is simple: What if consumers reject EVs for many years to come? (March 15)APDo we have enough electricity to power the coming flood of electric vehicles?Yes, but the details matter.First, don’t get snowed by automakers’ seemingly daily announcements of new EVs. The vast majority of vehicles built, sold, and especially driven in the United States will continue to use internal combustion engines for years to come.EVs are growing fast, though, and the technology improves every day. If you don’t see them on the road regularly now, odds are you will soon.And they use a lot of electricity. The 88 kWh battery that can carry a rear-drive Ford Mustang Mach-E 300 miles could power a modest house for several days, depending on the time of year and other variables.’Golden age of EVs’: Are electric vehicles poised to kill the gasoline engine car?COVID vaccine motivation: Krispy Kreme is giving away free donuts for showing vaccination cardNo stimulus check yet?: Use IRS ‘Get My Payment’ tool to find the status of new COVID relief paymentsA single commercial DC fast-charger — the kind that uses 400-800 volts and can charge a vehicle in 20-40 minutes — can draw as much power as 50 homes, according to the Department of Energy.That worries some people, and not without reason. They fear we’re trading a reasonably reliable supply of petroleum for uncertain availability and unknown cost with electricity.Nighttime’s the right timeRelax, the experts, say. The U.S. has more than enough electric generating capacity to power every EV expected to hit the road through 2028, according to a recent study by the Department of Energy.“The (electric) grid is well equipped to supply EVs today and in the near term,” said Samantha Houston, vehicles analyst at the Union of Concerned Scientists.  “It’s a nonissue.”A 2020 report by the Department of Energy concludes, “through 2028, the overall power system, from generating through transmission, looks healthy up to about 24 million EVs.” That’s sixteen times the roughly 1.5 million EVs operating in the U.S. today.“The transition to electric vehicles will take place over many years,” said Rob Threlkeld, General Motors global manager of sustainable energy, supply and reliability. “Automakers are working with utilities to optimize it.”The key is for EV owners to do most of their charging at night, when a lot of the electricity generating capacity that already exists is idle. Most utilities will offer low rates to encourage owners to charge then.Detroit-based utility DTE Energy customers charge about 15,000 electric vehicles in southeast Michigan and 22,000 throughout the state. About 90% of charging takes place outside peak hours, generally between 11 p.m. and 7 a.m. Residential users can sign up for a discounted rate during that period, 11 cents a kWh under DTE’s EV plan, compared with 24 cents/kWh the rest of the day. Charging at roadside commercial facilities will cost more than the discounted off-peak rate for homes. How much varies, depending on location, charging company and more.Fueling an EV can save you 60%Off-peak electric demand can fall 50% from midday peaks, Threlkeld said.“There are thousands of megawatts that are online during the day and offline at night. That can charge a lot of EVs.“Optimizing the time of charging is the key to making use of existing generation capacity,” Threlkeld said.Off-peak charging is part of the reason EVs should be less expensive to operate than gasoline or diesel vehicles.That’s because huge power plants that can handle midday surges operate less efficiently off-peak.The electric grid was built to accommodate high demand like air conditioning in high-rise offices and factories on a hot afternoon. That capacity is essentially wasted the rest of the time, but EV charging can level the peaks and valleys.The EPA assumes off-peak charging in projections that electricity for a Mach-E will cost $650 annually, compared with $1,800 in gasoline for an Edge, the closest gasoline-powered competitor in Ford’s lineup.Similarly, Volkswagen’s new ID4 electric SUV should use $700 worth of electricity a year, versus $1,700 in gasoline for the Tiguan, the closest internal combustion comparison from VW. Both projections assume 15,000 miles driven annually, 55% of it on the highway.‘Things get dicey’ at 30 million EVsSome drivers worry about grid-busting peaks on holiday weekends, when huge numbers of people drive to family events or vacation getaways. However, many factories and offices close during that period, freeing up charging capacity for trips to grandma’s house or the cottage, Threlkeld said.In addition, as solar generation becomes more common, some areas now offer bargain rates in the middle of the day, during maximum sunlight.Armed with that information, a business fleet manager could tell her drivers to pull over and charge when prices dropped, and resume driving.XL Fleet, a company specializing in hybrid commercial vehicles, said its customers have logged 145 million miles, charging mostly at night. XL developed plug-in hybrid versions of Ford F-series pickups and other hybrids. The company just opened an engineering center in suburban Detroit. It has about 4,000 vehicles in service.“Things get dicey” at about 30 million EVs on U.S. roads, a study by the Department of Energy says. To that end, utilities are upgrading generating, transmission and delivery capacity now for demand in the 2030s.DTE expects about 300,000 EVs on the road in Michigan in 2030. It assumes nearly all will have at least 200 miles range — a modest assumption, given how fast EV technology is improving. With the average daily commute around 40 miles, the utility thinks some drivers may charge just once every 2-3 days.Upgrades to the electric grid may even allow EV owners to sell electricity back to the utility during peak use, or to use vehicle batteries to power their homes during protracted outages.“Utilities will need to make investments, but there’s time,” Houston said. “The change won’t happen overnight.“Renewable power and electric vehicle technology reinforce each other.”Follow Detroit Free Press auto critic Mark Phelan on Twitter @mark_phelan.

From stimulus checks to Tax Day 2021: Answers to your questions about IRS changes, COVID relief and more
Struggling with COVID fatigue? Citigroup will roll out ‘Zoom Free Fridays’ to give workers a break
To Top
error: Content is protected !!
Top