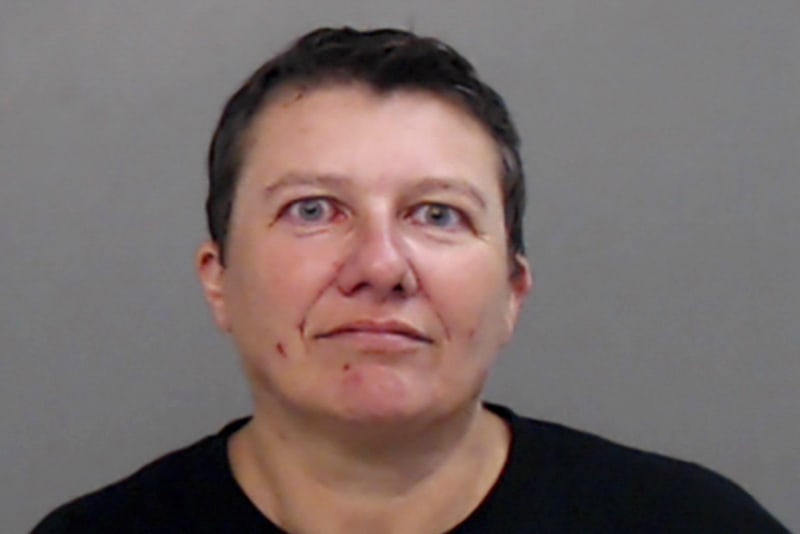 Pascale Ferrier appears in a jail booking photograph taken after her arrest by the Mission Police Department in Mission, Texas, March 13, 2019.Hidalgo County Sheriff’s Office | via ReutersA Canadian woman criminally charged with mailing President Donald Trump the deadly poison ricin called him “The Ugly Tyrant Clown” in a letter containing the poison, according to a criminal complaint unsealed Tuesday.The woman, Pascale Cecile Veronique Ferrier, was ordered held without bail after appearing Tuesday in federal court in Buffalo, New York, for the first time in the case on a charge of threatening the president of the United States.Ferrier, 54, was apprehended Sunday at the U.S. border in Buffalo, where she told American authorities that she was wanted by the FBI for sending “the ricin letters” to Trump and other people, the complaint said.Ferrier, who lives in the city of Laval, just north of Montreal, also was allegedly carrying a loaded firearm and a knife when she was arrested.In the letter Ferrier mailed to the White House from Canada, a note addressed to Trump said, “I found a new name for you: ‘The Ugly Tyrant Clown.’ I hope you like it,” the complaint says.”You ruin USA and lead them to disaster. I have US cousins, then [sic] I don’t want the next 4 years with you as president,” the note said.”Give up and remove your application for this election. So I made a ‘Special Gift’ for you to make a decision. This gift is in this letter. If it doesn’t work, I’ll find better recipe for another poison, or I might use my gun when I’ll be able to come. Enjoy. FREE REBEL SPIRIT”.”Trump never saw the letter, which was received at the White House’s mail sorting center last Friday.According to the FBI, Ferrier on Sept. 9 posted messages on Twitter and Facebook that said “#killTrump” and used wording such as “Ugly Clown Tyrant.”Ferrier also allegedly sent six other letters containing a powdery substance to people who work in Texas jails and detention centers where she had been incarcerated year, after being arrested in March 2019 on a weapons possession charge in Mission, Texas, according to the complaint. Those letters, mailed from Canada and received last week at the facilities in Texas, were found to contain fingerprints that matched those of Ferrier.Those letters, like the letter to Trump, contained the phrase “if it doesn’t work I will find a better recipe,” and the signature block that said ‘FREE REBEL SPIRIT,” the complaint says.During her appearance in court on Tuesday, Ferrier asked a judge to appoint a lawyer for her, after saying she did not plan to hire a private attorney.The court-appointed lawyer said that Ferrier wanted both an identity hearing, which will require prosecutors to prove she is the person identified in the criminal complaint, and a probable cause hearing, which will require them to show that there is sufficient evidence to justify the charges.Those hearings will be held Monday.