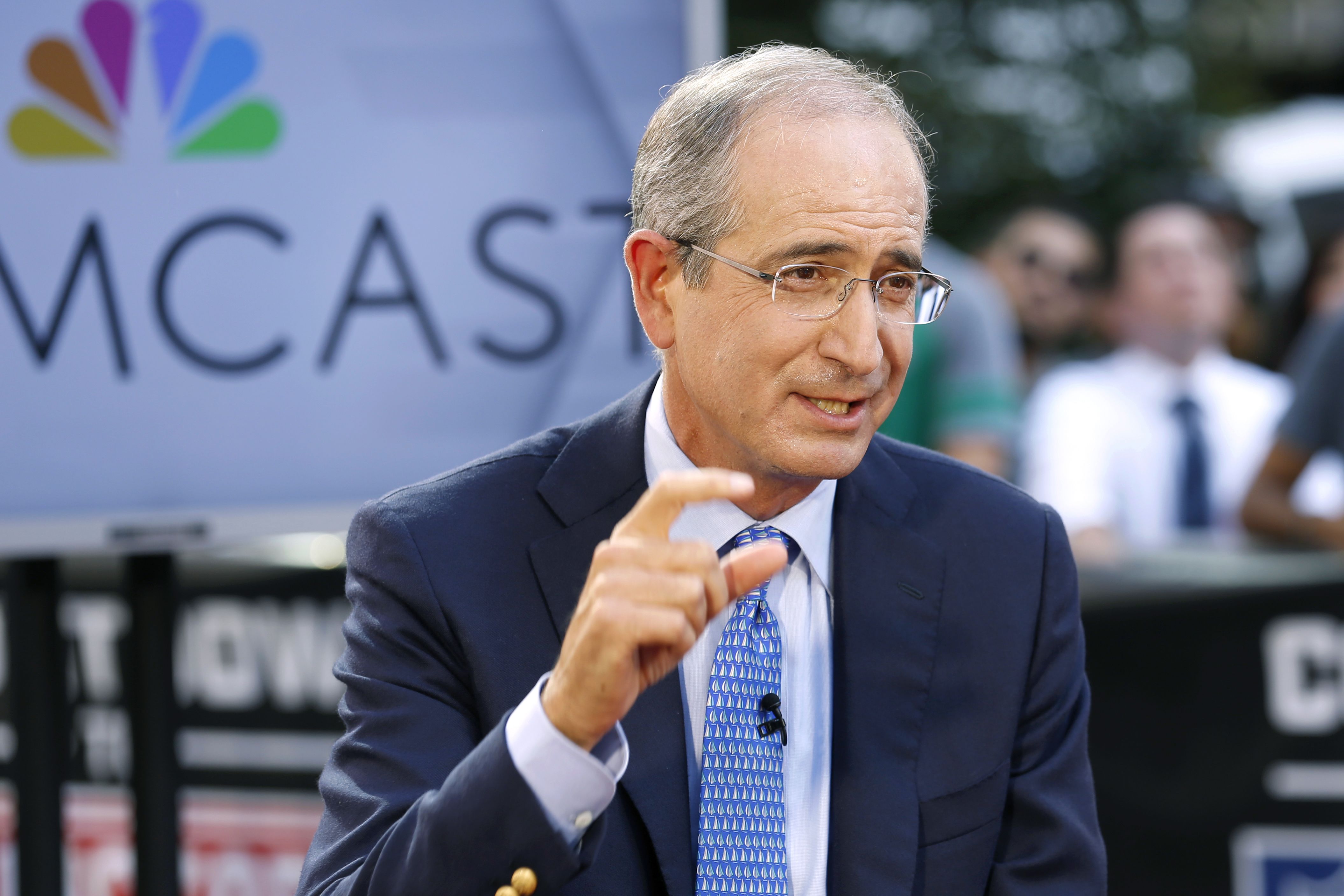 The stock fell about 1% after the release, but went up 2% during the earnings call when the company discussed better-than-expected guidance for its cable communications business.

The stock continued to climb, ending the day up 2.6% Thursday. The rally added over $4 billion to its market cap to bring it to $194.3 billion.

Here are the numbers Comcast reported:

Comcast said its revenue miss was due in part to the difficulty in comparing this quarter with the first quarter of 2018, which included NBC’s coverage of the Winter Olympics and Super Bowl. Comcast had beaten estimates on the top and bottom lines for the last two quarters and has seen its stock rise 25% over the past 12 months.

“I think across the board, when you adjust out for the Super Bowl and the Olympics, [it’s] pretty much exactly what we expected on the revenue side, at least internally,” Comcast CEO Brian Roberts said in an interview on CNBC’s “Squawk Box ” following the report.

Comcast said this quarter reflected its best quarterly EBITDA cable growth in over 10 years with a 9.8% increase to $5.7 billion. The increase reflects higher revenue despite a 0.8% increase in operating expenses.

With analysts anticipating a decline in Comcast’s video segment, the company has laid out plans to branch out further into streaming. This quarter, Comcast lost 121,000 video customers compared with 96,000 during the same period last year.

Comcast-owned NBCUniversal, the parent company of CNBC, announced earlier this year that it will debut its free, ad-supported streaming service in the first quarter of 2020. The service will be available to any traditional pay-TV subscriber by logging in through a cable or satellite provider. Everyone else can sign up for about $12 per month, a person familiar with the company’s plans told CNBC shortly after the announcement. NBCUniversal’s service will be up against established streaming services like Netflix and Amazon’s Prime Video, as well as newer players coming later this year from Disney, Apple and AT&T’s WarnerMedia.

Roberts said the uptick in new streaming services could actually be a boon for the business.

“The more people want to stream, the more you want the best broadband,” Roberts said. “Hence, you’re seeing the kind of results we saw today in the first quarter, which is why broadband’s been strong not just this quarter, but all of last year and we hope throughout the remainder of this year.”

Comcast reported revenue of $8.3 billion for NBCUniversal, a 12.5% decrease from the previous year, which had included $1.6 billion in incremental revenue based on the Olympics and Super Bowl.

On a call with analysts following the report, Roberts said the company is “exploring launching a global NBC-Sky news channel later this year.”

Here’s how Comcast’s other divisions did for the first quarter:

Watch: Netflix’s long-term play would be to get Comcast out of this relationship: Senior analyst

One of only 3 unprofitable companies worth more than $50 billion
How Chinese apps like TikTok have been catching on with US consumers
To Top
error: Content is protected !!
Top