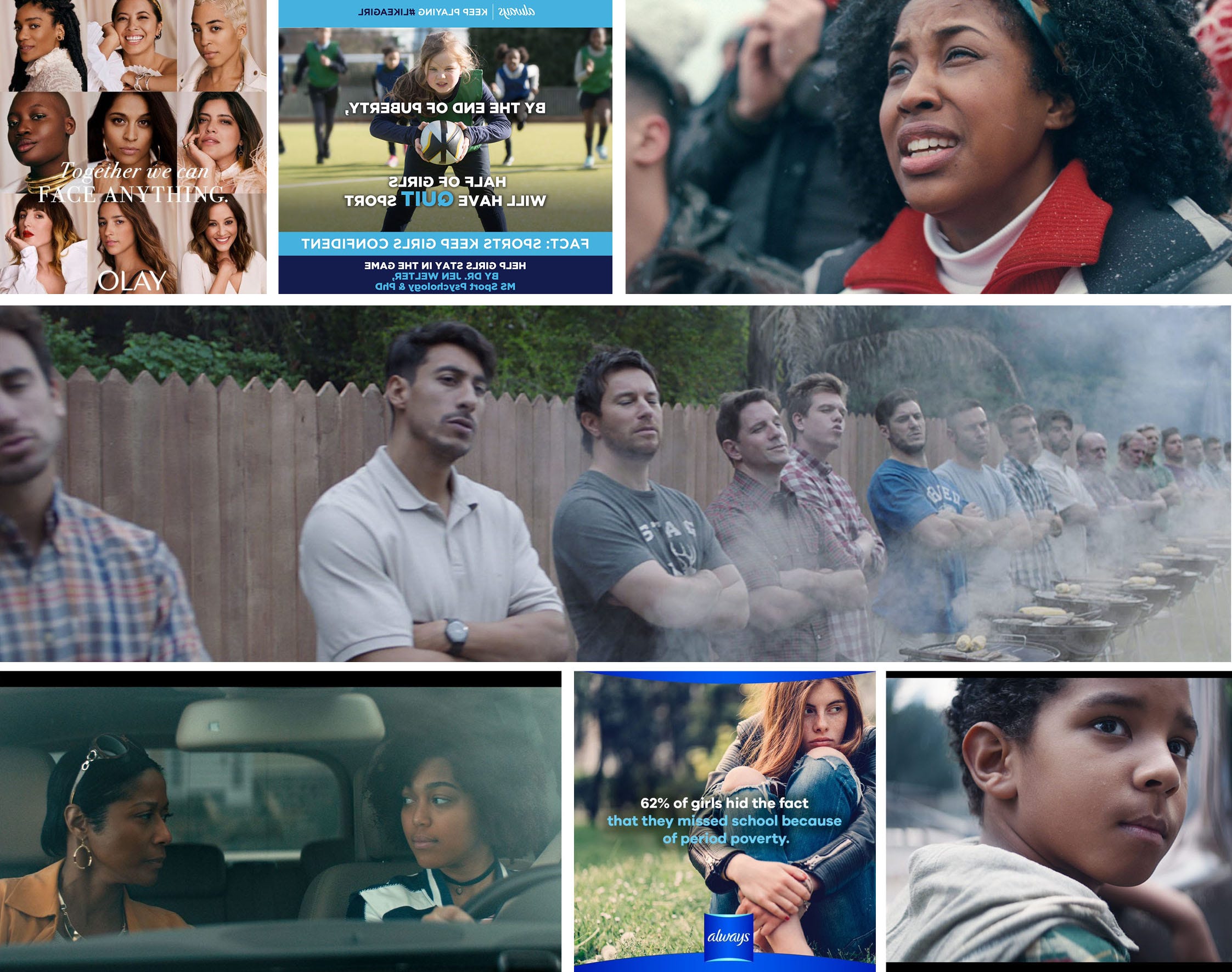 Procter & Gamble makes detergent, shampoo and soap. But in recent years, critics complain it has manufactured something it has no business making: politically-charged advertising urging society to clean up its act.

One of the world’s largest advertisers, P&G has increasingly employed commercials that use socially-conscious messages in their pitch to customers for household staples like Gillette razors.

Company officials say they’re changing with the times and courting a new breed of consumer that demands even mundane products “stand for something.” It’s part of a broader marketing movement, sometimes dubbed “woke” advertising.

But has P&G crossed a line for some consumers? Consider:

Early this year, P&G’s Gillette urged men to stand up to “toxic masculinity” and intervene when they see bullying or sexism. Critics said the ad assumed all men are sexist pigs.
Also by Gillette this spring, P&G produced an ad “First Shave” depicting a transgender man learning to shave from his supportive, elderly father. Some critics bashed P&G for trying to embrace a community they object to, while others thought it was a heavy-handed reminder to tolerate and accept others.
In the summer of 2017, P&G released a two-minute film called “The Talk” that didn’t try to sell any of its products but simply depicted blunt conversations in African-American households struggling with everyday racism through the decades. Critics asked P&G why it was dredging up past history. They also objected to a segment that depicted the fear of black parents preparing teens for future traffic stops. They said it was anti-law enforcement.
In this hyperpartisan and politically tribal world, is the Cincinnati-based consumer giant risking turning off consumers?

More: Why women are growing out their body hair and what razor companies are doing about it

‘P&G is betting big on equality’

P&G says no, consumers want to know where they stand – nine out of 10 make their decisions now based in part on “shared beliefs.” And standing up to dental plaque isn’t bold enough.

“Consumer expectations have changed. Now more than ever, people want to know the values behind the companies they support – and those values must manifest themselves in actions, not just words,” said P&G spokesman Damon Jones. “When done well – genuinely and authentically – taking a stand for a social or environmental cause builds brand affinity, trust and long-term loyalty.”

So where does P&G stand? Is there a common thread?

“P&G is betting big on equality – equality is a winning formula for our society, our employees and our business,” Jones said. “Healthy communities (are) where people are fully included and participating socially and economically to their maximum potential.”

Not everyone is cheering them on.

Conservatives gleefully chortled this summer after P&G reported its 2019 fiscal year results – and disclosed an $8 billion write-down of its Gillette brand, which has lost value as the business unit struggled. The company reaffirmed its plans to stay in razors, but critics charged it had damaged the business with a preachy ad, urging men to stand up to “toxic masculinity.”

While P&G’s global sales in the shaving business slid 5% last year to $6.2 billion amid tougher competition and more men growing beards, company officials say the charge was mostly due to the brand’s years-long struggle with foreign exchange (the loss of sales revenue from cashing foreign sales back into the strong U.S. dollar).

“The notion that the accounting charge is any way associated with Gillette’s ‘We Believe’ campaign is patently false – in fact, the months following the campaign were some of the strongest we’ve seen in recent history,” said P&G’s Jones.

‘Weighing the blowback versus the goodwill’

Even months later, some consumers say they’re still turned off:

Gillette rival Schick appears to have tried to take advantage of the backlash. Earlier this summer, it aired its own ad spoofing the debate over gender roles in Australia.

In “The Intruder,” a couple awake to strange noises in their home and squabble over which should investigate. The woman puts an end to the discussion telling her timid partner, “You’re a man.”

The ad concludes with him gingerly stepping out into the hall and a voiceover gleefully blaring: “Schick! The razor for the modern man who protects his home, because that’s his job – or is it?”

First, reaching the potential customer is harder as they split their time across the splintered media landscape that includes social media and digital platforms as well as broadcast. So there’s more pressure to create an ad with viral potential to reach a wide audience.

“If you run a straight product ad, nobody shares those – so a big part of it is how to get more airplay,” said Mike McCarthy, chair of the marketing department at Miami University.

Second, a generational shift has also brought different expectations with younger consumers wanting to support brands that reflect their values.

“Younger generations put a lot more stock in the values of a company – so it makes sense more companies are playing in this space,” said Xavier University branding professor Michael Kuremsky.

At the start of every school year, Kuremsky asks his classes what consumer products and other brands are they most loyal to and why. This year, half his students cited support for various social causes.

“I had a young woman who likes Luna Bars’ support for equal pay – she never mentioned taste or nutritional value,” Kuremsky said.

McCarthy said the backlash P&G is seeing from its Gillette ad is a calculated risk by advertisers.

“They’re weighing the blowback versus the goodwill,” McCarthy said. “Ultimately, they believe audiences will see this as a reason to support their brand.”

A pantyliner ad with a message

The research  showed 84% of female and 77% male millennial viewers of the spot had either a positive or neutral response.

While perhaps P&G’s most famous ad campaign of the last decade has been the universal “Thank You, Mom” commercials during the Olympics, the company has increasingly embraced socially-conscious messages.

Those ads don’t necessarily tout the performance of their products – a shift from the hard-sell ads of old.

Still, P&G aims much of its advertising at women, and as women’s roles have changed dramatically over the past few decades, the company has strived to ensure its messaging behind its products feels relevant.

As women have assumed responsibilities beyond homemaker, P&G has needed ads that reflect and celebrate those changes.

P&G spent $6.8 billion last year on advertising aimed at consumers on social media, TV, magazines and elsewhere. The company has cut ad spending 30% over the last six years amid a worldwide restructuring that included an overhaul of its marketing efforts.

As P&G reevaluated its ad spending strategy amid the growth of social media, the company discovered it could generate new goodwill among consumers by talking about gender and other roles.

In 2014, it launched the “Like A Girl” campaign for Always pantyliners that challenged viewers to rethink what it meant to use that phrase.

Since then, P&G urged consumers in 2017 to think about racial bias with a video ‘The Talk.’ And also this year, P&G encouraged consumers to accept transgender people in a Gillette ad depicting a transgender man’s first shave.

These ads, which have drawn conservative critics, contrast with P&G’s historic support of business-friendly Republicans through its political action committee, the Good Government Fund.

While other companies in more closely-scrutinized industries have heavily outspent P&G, the company has so far contributed more than $90,000 to 2020 Senate and congressional candidates – with two-thirds of them Republicans, according to data compiled by the Center for Responsive Politics, a nonpartisan research group based in Washington, D.C.

The PAC’s contributions to Democrats did nearly match those to Republicans in 2018, but it was the first time since the 1992 election cycle.

P&G acknowledges the contributions, but note they are a common business practice. The company contributes to several lawmakers especially those on relevant committees that regulate their industry.

The company further spent $2 million on lobbyists last year on areas ranging from taxes, trade, consumer product safety and manufacturing, according to the Center for Responsive Politics.

What zero or negative rates would mean for you
Why stock market highs could be coming, even with US-China trade war
To Top
error: Content is protected !!
Top