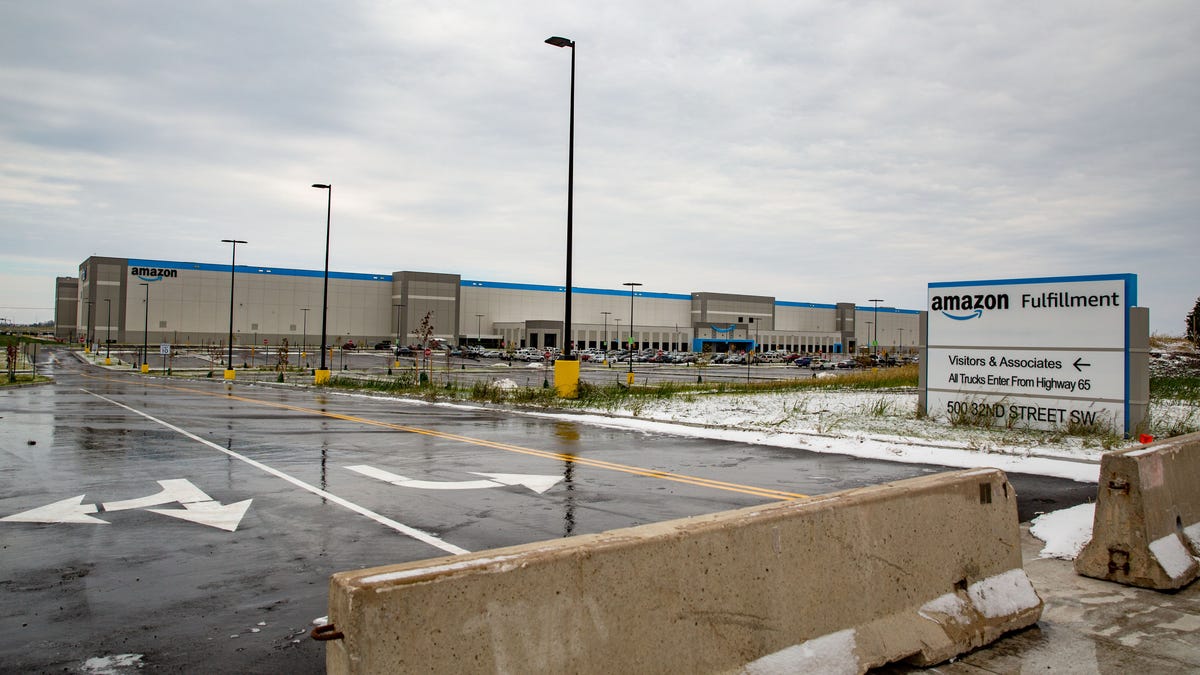 | Des Moines Register
Amazon faces biggest union push in nearly a decadeAmazon is facing the biggest unionization push in nearly a decade. And it’s happening in the unlikeliest of places: Alabama, a state with laws that doesn’t favor unions. (Feb. 12)APA unionization effort is underway among employees of Amazon.com’s Iowa warehouses, with organizers threatening a strike.International Brotherhood of Teamsters Local 238 Organizing Director Buzz Malone said Friday that he has been recruiting workers to organize since November. He said the union has approached “400 to 500″ current or former employees, primarily tied to Amazon’s distribution centers in Grimes and Iowa City.”We’re going to continue to organize them and turn them into a cohesive group to fight for their wages and conditions here,” Malone said.An Amazon spokesperson did not immediately have a comment on the announcement when contacted by the Des Moines Register late Friday afternoon.Malone said the union is demanding from the company higher pay and less stringent rules, particularly regarding how fast warehouse employees and drivers have to work.The union’s announcement comes after Amazon quickly scaled up in the Des Moines metro and eastern Iowa last year. In addition to the Grimes and Iowa City distribution centers, Amazon opened a 1,000-employee fulfillment center in Bondurant in December.Amazon employs 1,320 workers in Iowa, said Marc Wulfraat, president of the logistics firm MWPVL International. The company is also building a second warehouse in Bondurant, which will employ up to 400 workers during the holiday season.Amazon employees in Bessemer, Alabama, are currently voting by mail on whether to unionize. It’s the biggest unionization push Amazon has seen in nearly a decade. The election began Feb. 8 and runs through March 29. The results will be announced the next day.Malone said he doesn’t think Iowa workers will take the same path. Rather than asking for an election, he said the union will try to pressure the company with strikes.”Amazon has proven, time and again, that they have no respect for the workers’ right to organize under the (National Labor Relations Board) and the election process,” he said. “Right now, the way we stand, we have no intention of putting Iowa’s workforce through that process.” Local 238 Secretary-Treasurer Jesse Case said union representatives began outreach in Iowa by contacting drivers while they were on their routes or at gas stations. They have reached out to warehouse employees through other workers as their network has grown.He said the union has steered workers to a website, workersessential.org, and asked them to fill out a survey. Malone said he has verified that about 100 Amazon employees in Iowa have filled out the survey by checking phone numbers and addresses they provided.He said the primary complaint he has heard from workers comes from drivers, many of whom are contractors instead of Amazon employees. He said the workers report that Monitor, an app for tracking delivery drivers, forces them to drive too fast and forego bathroom breaks at the risk that they will be punished or laid off.National news outlets have alleged that Amazon has employed “hard ball” tactics to prevent unionization at other plants. In October, Vox reported that a leaked Amazon memo showed that the company planned to invest in surveillance technology that could track data like “Whole Foods Market Activism/Unionization Efforts,” “union grant money flow patterns,” “and “Presence of Local Union Chapters and Alt Labor Groups.”In November, Vice reported that Amazon hired Pinkerton operatives to gather intelligence on warehouse workers. “Like any other responsible business, we maintain a level of security within our operations to help keep our employees, buildings, and inventory safe,” Amazon spokesperson Lisa Levandowski told Vice at the time. “That includes having an internal investigations team who work with law enforcement agencies as appropriate, and everything we do is in line with local laws and conducted with the full knowledge and support of local authorities. Any attempt to sensationalize these activities or suggest we’re doing something unusual or wrong is irresponsible and incorrect.”Tyler Jett covers jobs and the economy for the Des Moines Register. Reach him at tjett@registermedia.com, 515-284-8215, or on Twitter at @LetsJett.