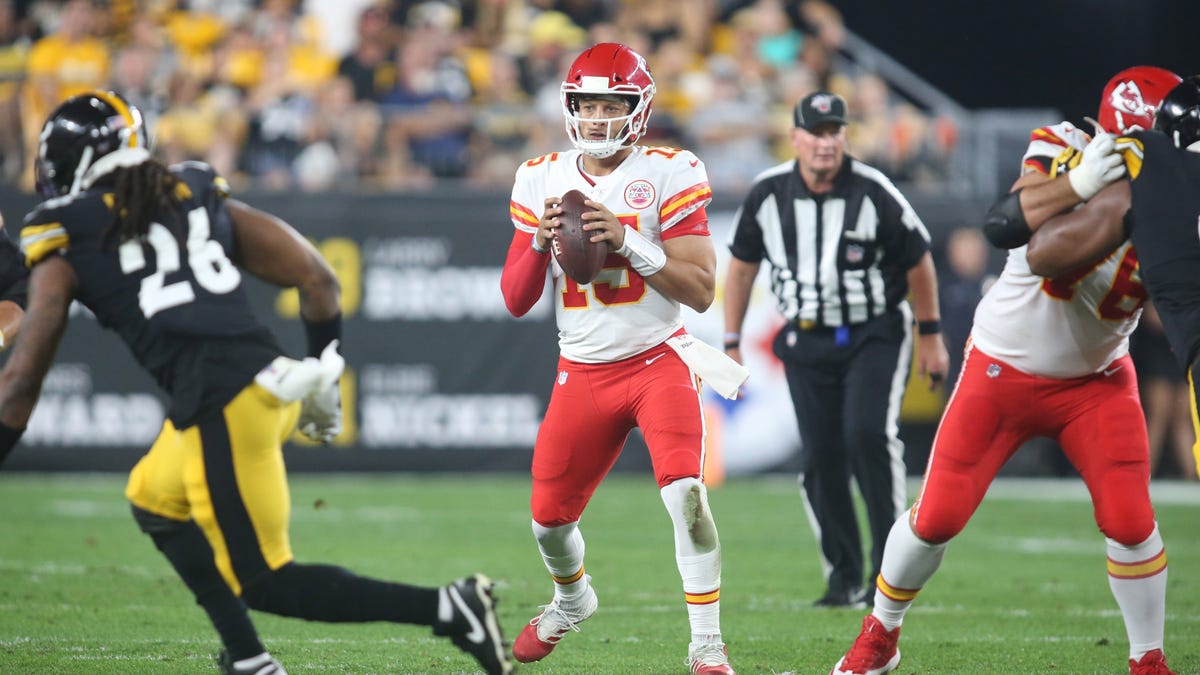 Netflix is cracking down on password sharing and we are freaking outNetflix seems to have missed the memo that sharing is caring, the streaming platform is putting wheels in motion to crackdown on password sharing.Buzz60, Buzz60A bidding war among tech and media giants is about to kick off over premium streaming content: NFL games.NFL Sunday Ticket, a package that includes all the National Football League’s Sunday games (except for those blacked out locally), has been a fixture for satellite TV service DirecTV. But it’s widely thought DirecTV, which AT&T spun off as a separate business in February, will forego re-upping the service when its contract ends after the 2022 season.Streaming services are expected to bid on the package, which currently draws about 2 million subscribers. A season-long subscription starts at about $300 (there are promotions that get you Sunday Ticket for free if you agree to a certain programming package). Those who cannot get DirecTV can could pay for a streaming package at the same price.►No cell signal? Best ways to boost signal strength when your calls won’t go through►Jeff Bezos: Amazon founder’s net worth reaches a staggering $214 billionThe biggest name expected to make a play for Sunday Ticket? Apple, which is in early talks with the NFL on the games, tech news site The Information reported Friday citing persons familiar with the situation.Live sports hasn’t been an emphasis for Apple, which has its own Apple TV streaming devices, Apple TV app and platform, and Apple TV+ streaming service with original TV series including “Ted Lasso.” But the company last year hired Amazon Video’s former head of sports James DeLorenzo to run its own sports division, The Information noted.Apple did not respond to request for comment.Apple, Amazon, ESPN making Sunday Ticket play?Amazon and ESPN are also in the game, NBC News reported, citing sources at those companies said. Amazon Prime Video began streaming Thursday Night Football games in 2017 and the NFL announced in May that Amazon would be the exclusive home of Thursday Night Football beginning with the 2022 season.Neither Amazon nor ESPN provided comment on the report.However, Walt Disney Co. CEO Bob Chapek, when asked during the company’s earnings call in May about sports rights, expressed interest in NFL Sunday Ticket. “That’s something that we’re in conversations with and we’re considering and we’re thinking about it,” he said. “Obviously, it’s an attractive property, but we’ll only do it just like our other rights, if it is something that adds shareholder value.”Discussion about NFL Sunday Ticket took place at the Allen & Company conference this week in Sun Valley, Idaho, according to both NBC News and The Information. NFL Commissioner Roger Goodell and Robert Kraft, chairman of the NFL ownership group’s media committee and owner of the New England Patriots, were on hand at, as was, NBC News said, Apple CEO Tim Cook and Apple senior vice president Eddy Cue.Talks have been ongoing, both outlets reported. But the formal bidding process has not been announced and will likely play out over the next year with traditional TV and digital media companies involved.Rumors have long had the NFL looking toward streaming as way to increase NFL Sunday Ticket’s audience. DirecTV, which reportedly paid $1.5 billion annually to the NFL for the rights, has its own reasons for dropping the Sunday Ticket ball. In its announcement about spinning off the TV service, AT&T noted the $16.25 billion value of the New DirecTV included the debt and the elimination of up to $2.5 billion in NFL Sunday Ticket net losses, which will be funded by AT&T.Don’t count out the new DirecTV, says Phillip Swann, publisher of TVAnswerman.com and HomeTheaterTonight.com. The satellite service could keep Sunday Ticket if the league gives rights to a pay-TV service and a streaming service, he said.”That’s how the league can reach the most people and generate the most revenue,” Swann said, adding, “No one understands it better, and it would make the new company more valuable to a buyer, such as Dish.”Despite the power of the tech giants and ESPN parent Disney, don’t count out another streaming player: Peacock. The streaming service launched a year ago by NBCUniversal parent Comcast “shouldn’t be overlooked as the possible streaming winner,” Swann said. “Comcast has the money and motivation to make it happen.”Follow Mike Snider on Twitter: @MikeSnider.