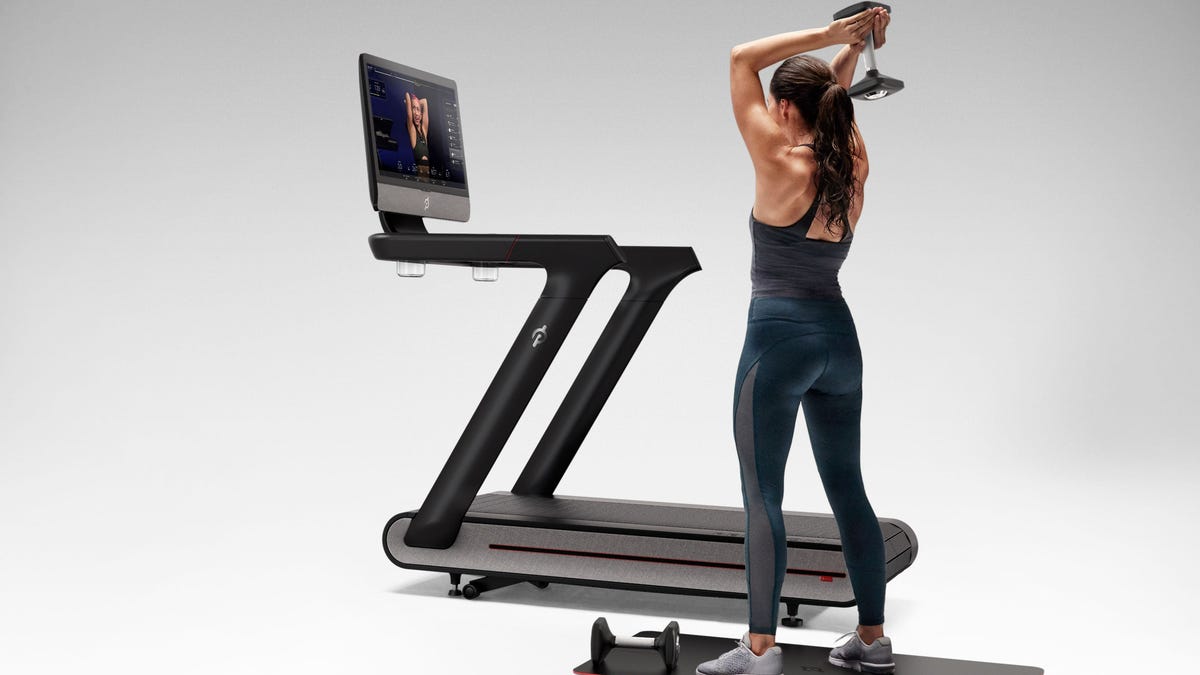 The U.S. Consumer Product Safety Commission is warning owners of the Peloton Tread+ with small children or pets to stop using the treadmill after the fitness company reported a child’s death last month linked to the product.”CPSC staff believes the Peloton Tread+ poses serious risks to children for abrasions, fractures, and death,” the agency said in a statement issued Saturday, noting that it is aware of 39 incidents, including one death, linked to the treadmill.The CPSC said they received multiple reports of children becoming “entrapped, pinned, and pulled under the rear roller of the product.”Tread+ owners with children are urged to stop using the treadmill immediately, the agency said. If consumers must use the product, the CPSC advises doing so in a locked room where children and pets cannot access it while in use.The CPSC said it is continuing to investigate all known incidents linked to the treadmill.In a statement also released Saturday, Peloton said it is refuting the CPSC’s claims, saying they are “inaccurate and misleading.””There is no reason to stop using the Tread+, as long as all warnings and safety instructions are followed,” the company said.Not a joke anymore: Dogecoin, the cryptocurrency created as a spoof, sees its market value top $40BGame on!: Here are 22 of the most popular board games in the USAfter the company reported the child’s death in the Tread+ accident last month, Peloton CEO John Foley addressed the incident in a note posted on Peloton’s website.”While we are aware of only a small handful of incidents involving the Tread+ where children have been hurt, each one is devastating to all of us at Peloton, and our hearts go out to the families involved,” wrote Foley.Peloton advised users to keep kids and pets away from the treadmill at all times, and to remove the safety key and keep it out of the reach of children when not in use.On Friday, The Washington Post reported Peloton was fighting a request from the CPSC to recall the treadmill.In its statement Saturday, Peloton said it had invited CPSC to make a joint statement warning about the dangers of not following safety instructions when using Tread+. “CPSC has unfairly characterized Peloton’s efforts to collaborate and to correct inaccuracies in CPSC’s press release as an attempt to delay,” said the company. “This could not be farther from the truth.”Follow Brett Molina on Twitter: @brettmolina23.

Not a joke anymore: Dogecoin, the cryptocurrency created as a spoof, sees its market value top $40B
Is a bourbon shortage next? What global supply chain delays could mean for Kentucky distillers
To Top
error: Content is protected !!
Top