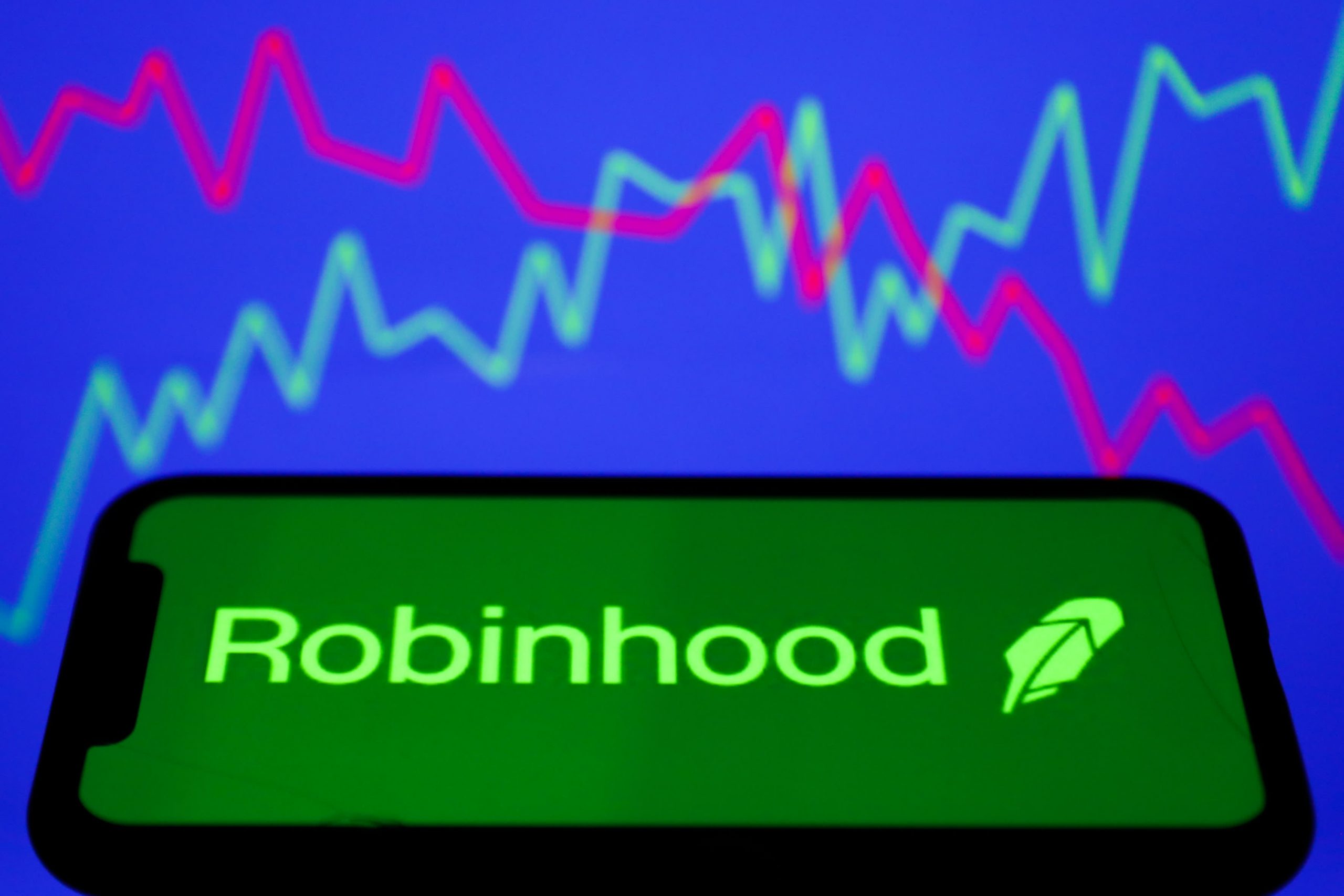 CNBC’s Jim Cramer on Wednesday urged Robinhood shareholders to trim some of their positions after the brokerage firm’s own stock has become ensnared in the meme-stock frenzy it helped catalyze.Shares of Robinhood got as high as $85 apiece during Wednesday’s session, before ultimately closing up 50.4% at $70.39. The large advance added to the 24.2% gain the stock posted Tuesday.”Meme stocks are easy money on the way up. But as we’ve seen with GameStop and AMC of late, you have to take profits while you still have them by selling gradually on the way up,” the “Mad Money” host said, referring to the video-game retailer and movie theater chain that were at the vanguard of the Reddit-fueled meme stock movement that began in January.”It doesn’t matter how much you love [Robinhood], discipline always trumps conviction, and discipline says you need to take something off the table when you’ve got an 80% gain in two days.”On Monday evening, Cramer recommended investors buy shares of Robinhood because he believed co-founder and CEO Vlad Tenev will help the stock-trading app transform itself into a diversified fintech player competing with the likes of Square and PayPal.Robinhood went public last week, pricing its shares at $38 apiece. Some of the its IPO shares were allocated to its retail clients, an uncommon step on Wall Street, where only institutional investors and high-net worth individuals typically get access to buy into the offering.Robinhood had a rocky debut session, dropping 8% to finish at $34.82. The stock has traded as low as $33.25 in its still-limited sample of being publicly traded.”If you got this one in the thirties and you haven’t sold anything yet … I recommend you ring the register on part of your position,” Cramer said Wednesday. “But I also advise holding on to some of it,” Cramer added, doubling down on his confidence in Tenev to help Robinhood prosper over the long-term.