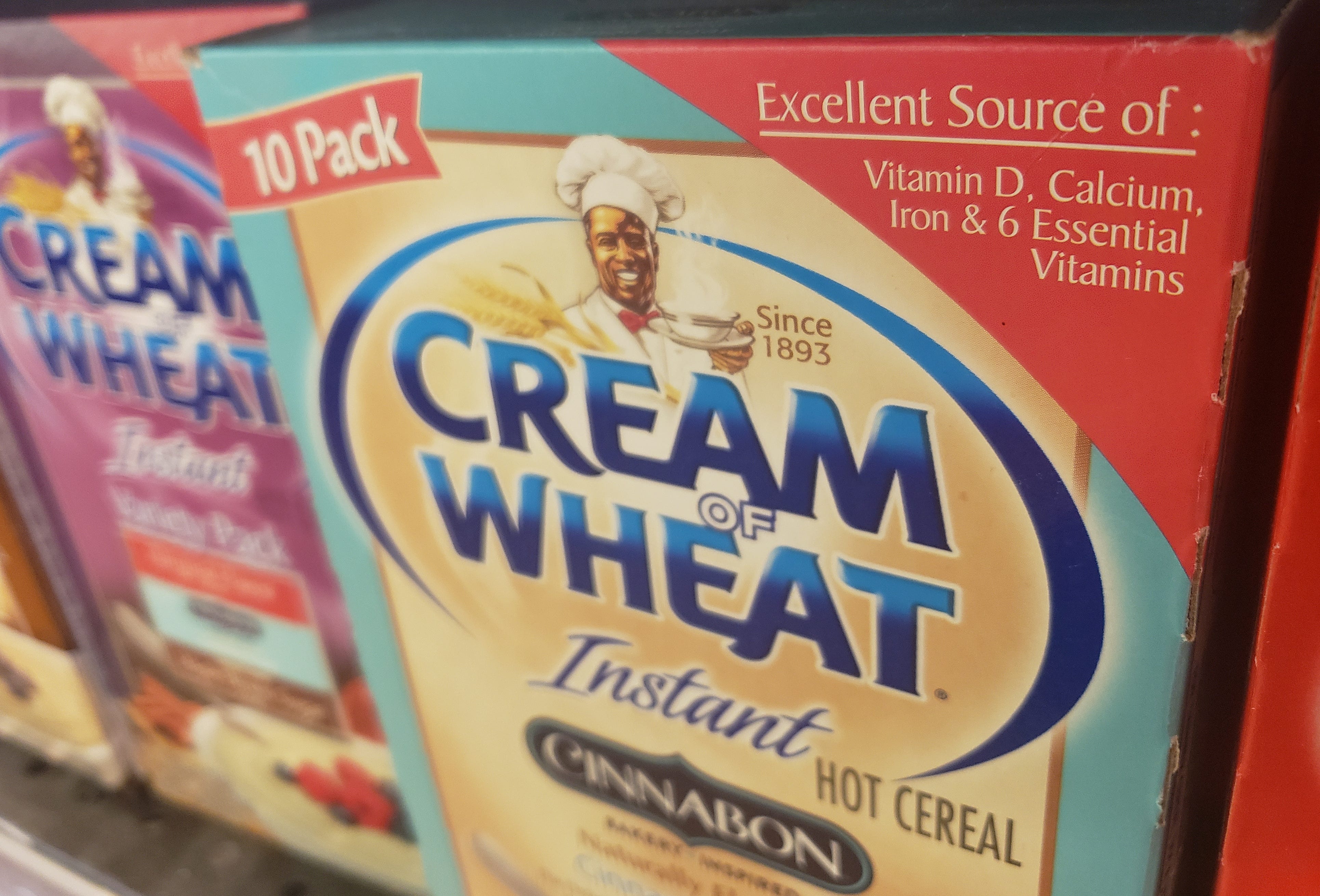 Kelly Tyko
USA TODAYPublished 6:44 PM EDT Jun 19, 2020The packaging on boxes of Cream of Wheat may soon change.Cream of Wheat’s parent company, B&G Foods, said it is “initiating an immediate review” of the brand’s packaging.The announcement follows decisions by the parent companies of Aunt Jemima, Uncle Ben’s and Mrs. Butterworth’s to overhaul their imaging in the wake of renewed calls for racial equality.”We understand there are concerns regarding the Chef image, and we are committed to evaluating our packaging and will proactively take steps to ensure that we and our brands do not inadvertently contribute to systemic racism,” B&G Foods said in a news release. “B&G Foods unequivocally stands against prejudice and injustice of any kind.”Save better, spend better:  Money tips and advice delivered right to your inbox. Sign up hereRacial stereotypes: Eskimo Pie, Aunt Jemima, Uncle Ben’s and Cream of Wheat are changing. Are the Washington Redskins next?The breakfast cereal of enriched farina has long been criticized for the use of a smiling Black chef on its packaging since the 1890s. The mascot on early boxes was known as Rastus, a racial caricature of a Black man, which is considered derogatory.The image was replaced in the 1920s and is believed to be a depiction of a Chicago chef Frank L. White, who died in 1938.Quaker Oats was the first to announce Wednesday that it would retire Aunt Jemima from packaging on its brand of syrup and pancake mixes because it’s “based on a racial stereotype.”Hours later, Mars, the owner of Uncle Ben’s brand, announced it “is the right time to evolve the Uncle Ben’s brand, including its visual brand identity.”Conagra Brands announced Wednesday it has “begun a complete brand and packaging review on Mrs. Butterworth’s.” The shape of the brand’s syrup bottles with the offensive “Mammy” racial caricature of stereotype for Black women.Under review: Conagra Brands reviewing Mrs. Butterworth’s brand after Aunt Jemima, Uncle Ben’s announcementsFirst Aunt Jemima, now Uncle Ben’s: Rice brand plans to ‘evolve’ and change ‘visual brand identity’Follow USA TODAY reporter Kelly Tyko on Twitter: @KellyTyko

11 stores temporarily closing due to COVID-19
More Americans can withdraw from 401(k)
To Top
error: Content is protected !!
Top