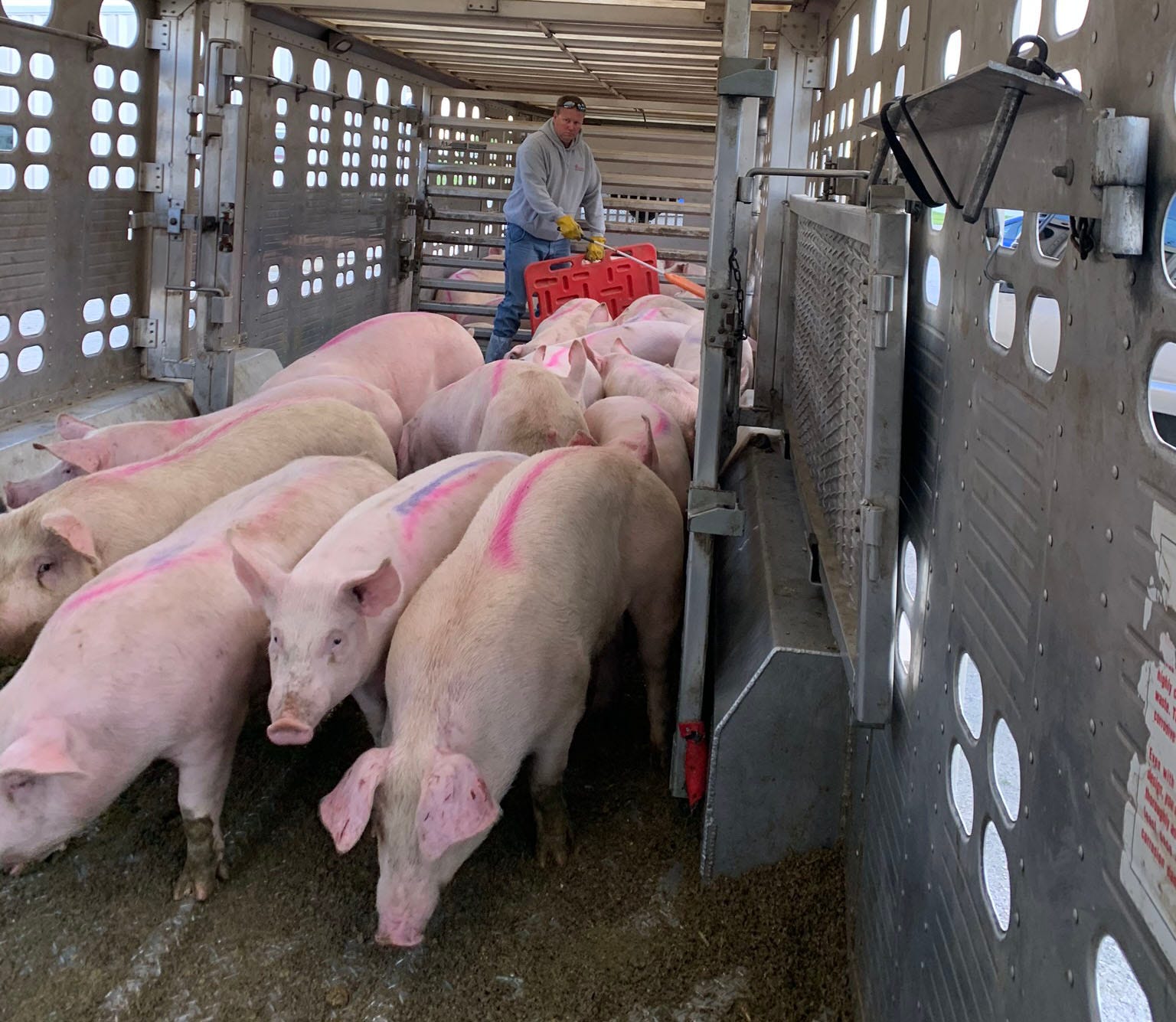 Donnelle Eller
Des Moines RegisterPublished 2:46 PM EDT Jun 13, 2020Iowa legislators have passed a law that critics say represents the latest attempt to stop animal activists, whistleblowers and others from secretly documenting activities at large animal feeding operations.While the bill doesn’t explicitly mention restrictions on undercover investigations, it’s clear that “the factory farm industry wants an ag-gag law on the books to intimidate and silence whistleblowers,” said Adam Mason, an organizer for Iowa Citizens for Community Improvement. The group is part of a coalition that’s battling the state’s agricultural trespass laws in court.Proponents say the law protects the food supply chain.”Numerous attempts by radical left-wing, anti-agriculture, coastal liberals to infiltrate agricultural operations … endanger the livelihoods of Iowa farmers, the agricultural economy and Iowa economy that depends on it,” said Iowa Sen. Ken Rozenboom, an Oskaloosa Republican, who was a bill sponsor. His family operation, which was leased to another farmer at the time, was targeted by activists last year.The ag trespass language was part of a broader farm bill that Gov. Kim Reynolds signed into law Wednesday. It says anyone present at a “food operation” without consent is trespassing.It’s lawmakers’ third attempt at creating a so-called ag-gag law, and it ramps up penalties for offenders. The first offense is punishable by up to two years in prison and each additional offense could bring up to five years in jail.The law comes as state agriculture officials have warned that pork producers may be forced to destroy up to 600,000 pigs after workers at Iowa and Midwest meatpacking plants became ill with COVID-19, shutting down and slowing processing facilities.A California animal activist group released an undercover video last month that detailed the deaths of thousands of pigs that the owner, Iowa Select Farms, said had to be killed because they could not be processed at local meatpacking plants.► PREVIOUSLY: Iowa livestock producers may have to euthanize pigs as packing plants struggleDirect Action Everywhere said the pigs were “roasted alive” after the company shut down the ventilation in a Grundy County confinement facility and increased the heat and humidity in Grundy County to destroy the animals. A national swine veterinarian group said it was is an acceptable form of euthanasia in “constrained circumstances” such as the COVID-19 meatpacking disruption.Iowa Select said this week it has stopped killing pigs through ventilation shutdowns as meatpacking plants ramp up production.Eldon McAfee, a Des Moines attorney who represents the Iowa Pork Producers Association, said the new law encompasses trespass at food processing plants and other supply facilities as well as animal feeding operations.”This looks at the importance of protecting the food supply,” McAfee said Friday.The new statute doesn’t specifically target people who use fraud or deception to obtain access to animal feeding operations. But animal activists who enter facilities to document confinement conditions would fall “in the class of people who would be considered trespassing,” McAfee said.He said coronavirus disruptions — which have resulted in milk, eggs and pigs being destroyed, while also driving higher prices and shortages in grocery stores — illustrate why the food supply should be protected.Mason said lawmakers’ repeated attempts to create an ag trespass law show “the power of this industry in Iowa.”A federal judge ruled the state’s first such law as unconstitutional in 2019, saying the 7-year-old industry-backed statute violated the First Amendment’s free-speech protections. The state is appealing that ruling.► MORE: State effort ties Iowa pork producers to processors in effort to feed needy, avoid euthanizing pigsThe same judge issued a preliminary injunction last year blocking Iowa officials from enforcing the Legislature’s second agricultural facility trespass law while it is being challenged, again on free speech concerns.The new law makes the first offense an aggravated misdemeanor, punishable by up to two years in prison; each additional offense is a class D felony, carrying a sentence of up to five years.The first offense under the state’s first two agricultural trespass laws was a serious misdemeanor, which can carry up to a year in jail; each additional offense was an aggravated misdemeanor.”While the text of the bill doesn’t seem like an attack on free speech, if in practice the goal is to stop speech then we believe that continues to be unconstitutional,” said Mark Stringer, executive director of the American Civil Liberties Union of Iowa.It’s part of a coalition that successfully challenged Iowa’s first agricultural trespass bill and is challenging the second.Donnelle Eller covers agriculture, the environment and energy for the Register. Reach her at deller@registermedia.com or 515-284-8457. Your subscription makes work like this possible. Subscribe today at DesMoinesRegister.com/Deal.