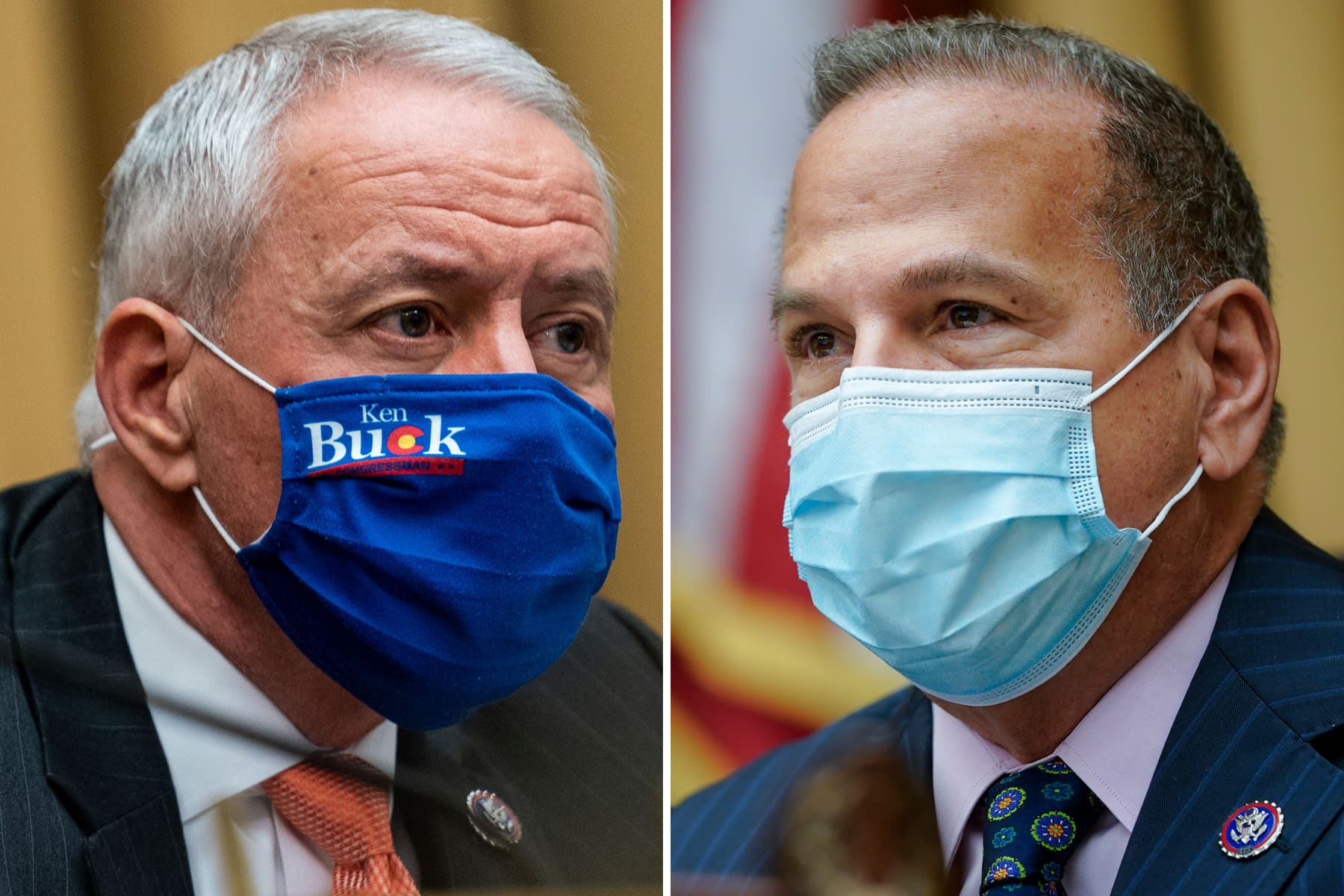 Democrats and Republicans don’t seem to agree on much these days, but a committed group of lawmakers are aligned on one goal: Reining in the power of Big Tech.That alliance was on display Wednesday when a bipartisan group of House lawmakers spoke to the press about their package of antitrust bills announced on Friday. The series of five bills, each co-sponsored by both a Democrat and Republican, aim to reinvigorate competition in digital markets by making it harder for dominant firms to acquire other businesses and outlaw certain discriminatory practices, among other measures.Judiciary Committee Chairman Jerrold Nadler, D-N.Y., said he plans to bring the bills to a mark-up next week, a surprisingly quick turnaround that would get the proposals ready to eventually come to a vote before the full House.The bills came out of an investigation led by antitrust subcommittee Chairman David Cicilline, D-R.I., into the competitive practices of Amazon, Apple, Facebook and Google.Rep. Ken Buck, R-Colo., the top Republican on the subcommittee, admitted at Wednesday’s press conference that he did not always agree with Democrats on the panel that legal reform was necessary to solve the perceived problems in the tech industry. Although today he is Cicilline’s chief Republican ally in the fight for reform, it him some time to come around to changes in the law as the right solution.Originally, Buck said, he had faith that the market would correct itself. But then the subcommittee hosted a field hearing in his home state where several business owners explained how they were hurt by the power of the Big Tech companies. At that hearing, representatives from Basecamp, PopSockets, Sonos and Tile offered rare accusations about how the major tech firms had abused their dominant positions. PopSockets’ CEO, for example, accused Amazon of “bullying with a smile” to force his business to lower prices on Amazon or risk the company sourcing the products from third-parties. An Amazon spokesperson said at the time that the company aimed to continue working with PopSockets to provide “competitive prices, availability, broad selection and fast delivery” for those products to its customers.”When I looked at the conduct that is involved with these actors, I am convinced that we need to do something beyond just let the market take care of itself,” Buck said.He said he still has faith that the market will do its job, but now believes it will take at least a decade to happen. Waiting that long would give China too much time to catch up, he said.Buck added that he believes more Republicans will similarly come to support the legislation as they better understand the issues.Buck’s optimism could be rooted in the fact that already several of his colleagues have backed some of the proposed laws and voiced concern about the concentration of power in the tech industry.”I might not agree with all of the bills in this package, and I don’t,” said Rep. Victoria Spartz, R-Ind. “I might not agree why we have monopoly problems, oligopoly problems, but we do have these problems.”Rep. Chip Roy, R-Texas, referenced Amazon’s growing revenue during the pandemic while small businesses across the country suffered and closed down.”This ought to be a wake-up call for all of us to make sure that the backbone of our economy, small businesses, entrepreneurs, free enterprise as we understand it as Americans, is alive and well and strong and make sure that we’ve got the right structures in place to be able to preserve and protect that,” Roy said.”If we don’t start somewhere, if we don’t do something, this problem becomes much much bigger,” Buck said.WATCH: Here’s why some experts are calling for a breakup of Big Tech after the House antitrust report

How influencers fit into Twitter’s plans to double revenue by 2023
As offices shut down for Covid, workers bought vans and hit the road — and some don’t want to return
To Top
error: Content is protected !!
Top