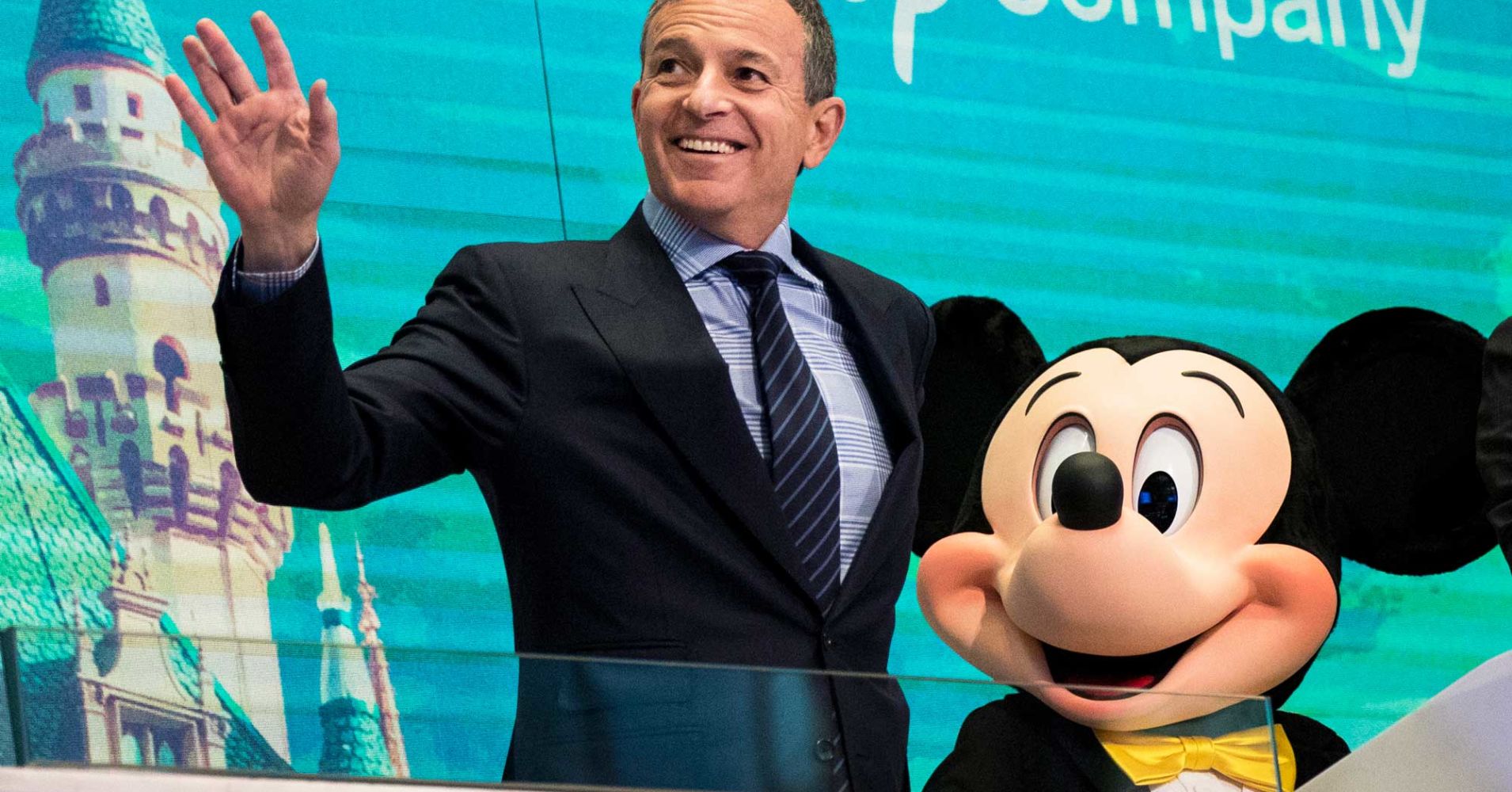 Disney popped about 1% after reporting earnings and revenue that beat analyst estimates for its second quarter 2019.

Disney’s stock has been on a tear this year, up more than 22% since the beginning of 2019 with a market cap topping $240 billion as it’s shown it can keep pace with cash-flush tech companies. Disney closed its $71 billion acquisition of Fox’s entertainment assets during the second quarter, which will be reflected in the report. The acquisition brings popular Fox titles like “The Simpsons” under the Disney brand to further plump up its direct-to-consumer offerings.

The company booked $373 million in revenue and $25 million in operating income from 11 days’ ownership of 21st Century Fox, which became part of Disney on March 20.

Disney’s direct-to-consumer segment grew 15% year over year, coming in at $955 million, the company said. Disney said operating losses more than doubled as a result of investments into ESPN+, the upcoming launch of Disney+, and consolidation of Hulu, in which which Disney now has a controlling stake.

Studio Entertainment revenues were down 15% because of difficult comparisons with last year’s quarter, which featured hit movies “Black Panther” and “Star Wars: The Last Jedi.”

Disney also recorded a one-time gain of $4.9 billion from the revaluation of its original 30% stake in Hulu, which was valued at $15 billion when it bought a 10% stake from AT&T last month.

On a call with analysts following the report, CEO Bob Iger confirmed Disney has discussed the possibility of Comcast divesting its stake in Hulu as well and said there would likely be an agreement over keeping programming on the platform.

“We’ve publicly confirmed that there has been dialogue with Comcast about them possibly divesting their stake,” Iger said, “and you can expect that if that were to occur there probably would be some ongoing relationship as it resulted to programming.”

In April, Disney unveiled Disney+, which will debut later this year at a cost of only $6.99 a month. The presentation buoyed the stock while shaking Netflix investors’ confidence. Disney’s 60% stake in Hulu also seems to be paying off, with the ad-supported streaming service saying this month it now has 26.8 million paid subscribers — adding twice as many U.S. subscribersin 2019 as Netflix did in its first quarter.

Disney’s newest blockbuster hit, “Avengers: Endgame,” broke $2 billion in ticket sales in 11 days and will be reflected in the company’s next report.

Disclosure: Comcast is the owner of NBCUniversal, parent company of CNBC and CNBC.com. Comcast is also a co-owner of Hulu.

Watch: What to expect from Disney’s earnings now that it announced its new streaming service