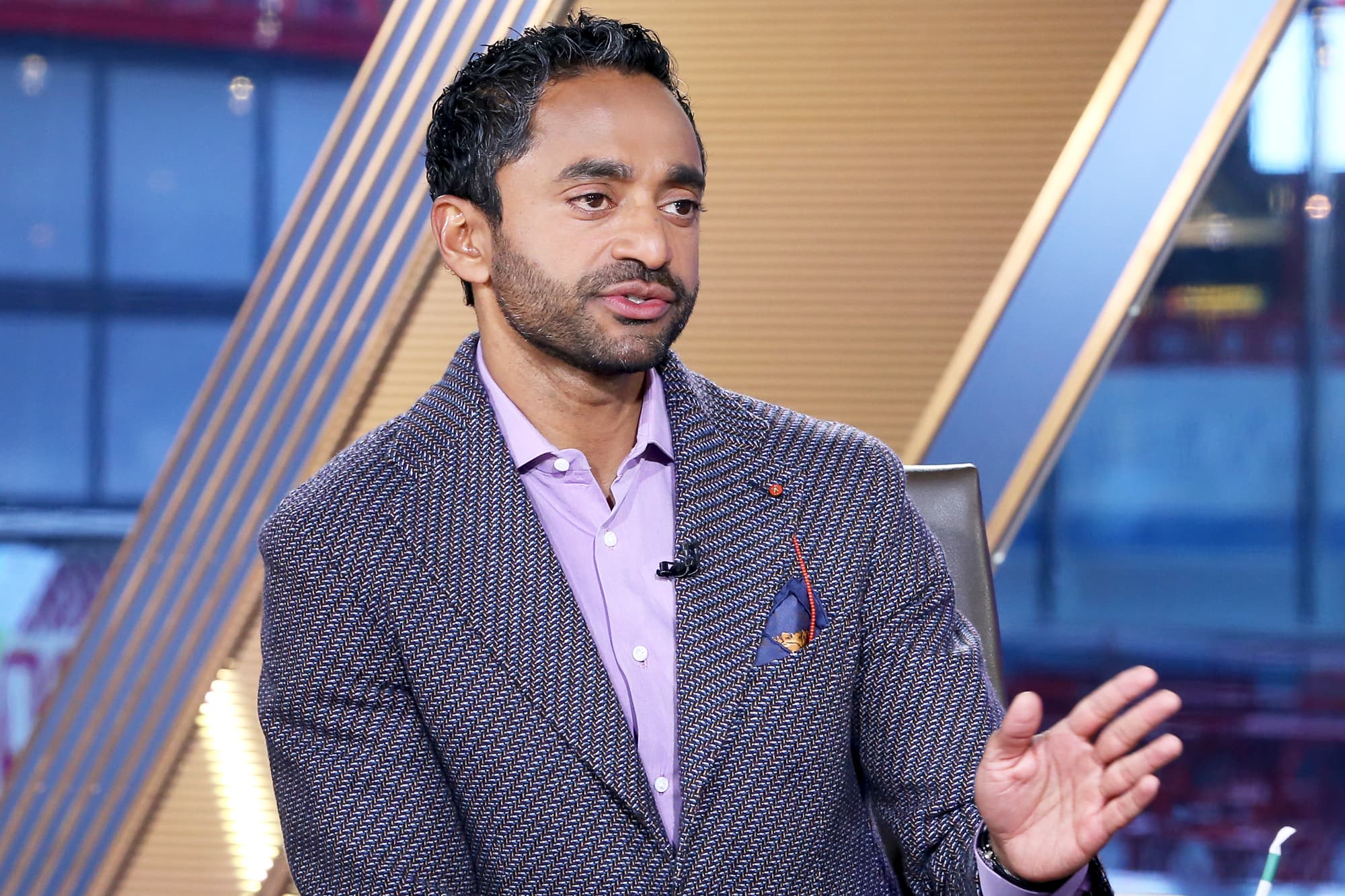 Early Facebook executive Chamath Palihapitiya called out the social media giant for failing to regulate its product despite the ongoing misinformation and threats that have thrived on its pages over the past few years.”What I’m thinking to myself is that if I was working at Facebook today, I would be confused, and largely because I would wonder what changed from six months ago, one year ago, 24 months ago and today,” the founder and CEO of investment firm Social Capital said Thursday on CNBC’s “Halftime Report.” “The disinformation was the same, the amount of vitriol that flowed through some of the groups was the same. Their ability to organize was the same. Storm the Capitol existed before they actually stormed the capitol.” False information that started on dark corners of the internet made its way to social media and to conservative news outlets, and then were falsely repeated by President Donald Trump, creating a loop that sustained conspiracy theories. Social media companies, including Facebook and Twitter, have been called out by critics for failing to police their content, which some say helped contribute to Wednesday’s riot at the U.S. Capitol.”Unfortunately the skeptical part of me says that we optimized for short-term profitability at the sake of our democracy, and what we left in tatters was any sense that there was any sort of ethical or moral imperative that would govern decision-making at that company,” Palihapitiya said.”That saddens me for the people that worked there. As a business person, I think we’re also slightly to blame because we said that’s OK, because we’ve been enamored with the short-term profitability of Facebook. If the feedback loop to Facebook was fix this problem or otherwise we will sell your stock, they would have fixed it a long time ago. Instead, it was you’re rich, get richer, we’ll support you.”Facebook finally on Thursday said it would bar Trump from posting to his Facebook and Instagram accounts for an indefinite amount of time, and at least until President-elect Joe Biden assumes the Oval Office.Twitter, meanwhile, locked Trump’s account on Wednesday evening for 12 hours and warned that it could suspend him permanently if he continued to breach the company’s civic integrity policy. A spokesperson for Twitter told CNBC on Thursday that Trump has now removed the offending tweets, “and the 12-hour clock is on.” The lock could be removed around 3 p.m. ET.Subscribe to CNBC on YouTube.

Trump acknowledges election result in first tweet after ban lifted
Trump got a free pass from Twitter and Facebook, and the result was a storming of the Capitol
To Top
error: Content is protected !!
Top