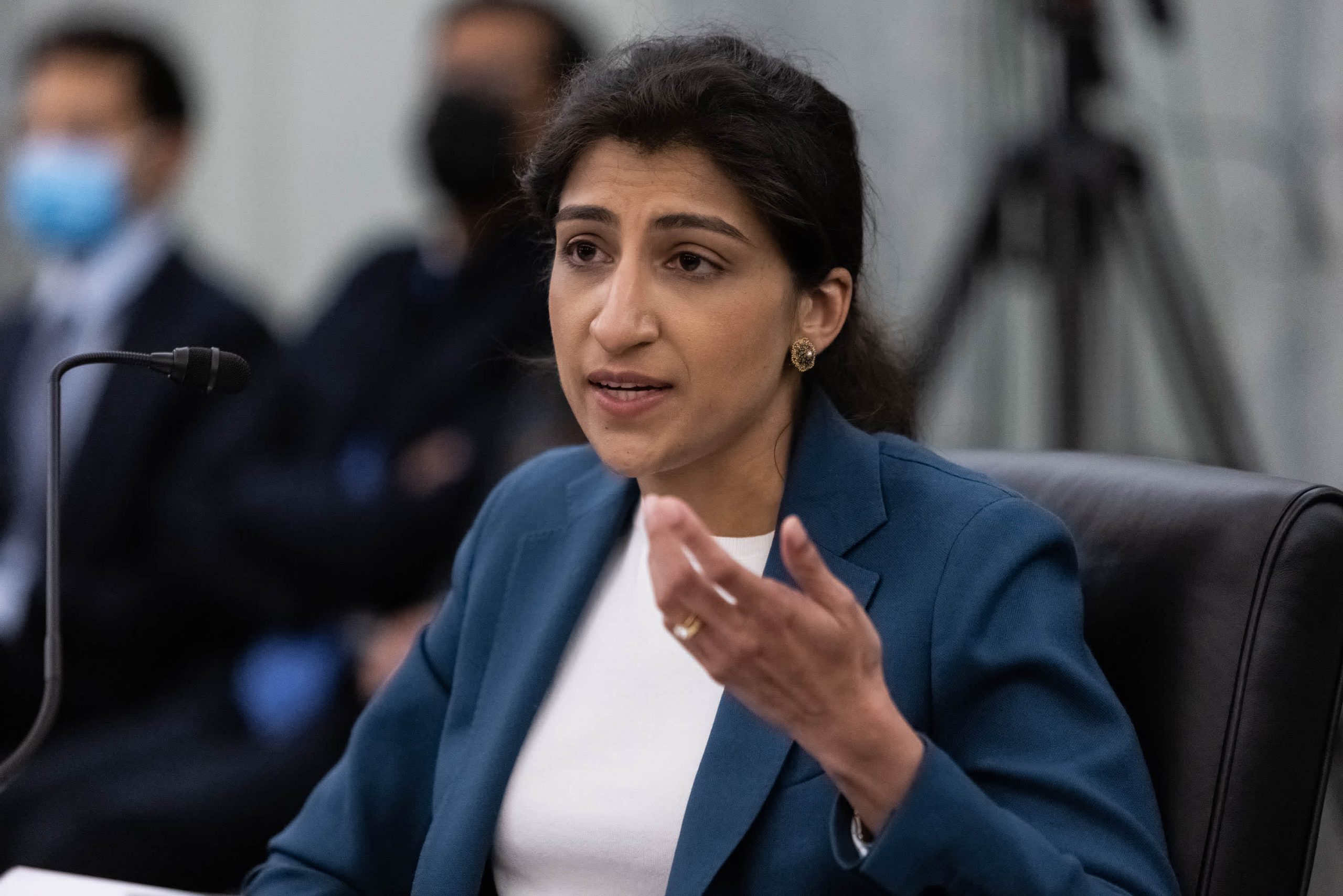 Lina Khan, commissioner of the Federal Trade Commission (FTC) nominee for U.S. President Joe Biden, speaks during a Senate Commerce, Science and Transportation Committee confirmation hearing in Washington, D.C., U.S., on Wednesday, April 21, 2021.Graeme Jennings | Bloomberg | Getty ImagesFacebook filed a petition Wednesday to have Federal Trade Commission Chair Lina Khan recused from the ongoing antitrust lawsuit the agency brought against the company.Facebook argued in its petition that Khan “has consistently made public statements” accusing the company of bad conduct that constitutes a violation of antitrust law. The company said her past work has made clear Khan has already made up her mind on Facebook’s liability in the pending antitrust case, which should be grounds for recusal.The FTC must decide in the coming weeks whether to file an amended complaint in its antitrust case against Facebook in federal court after a judge dismissed its initial claims. Alternatively, the FTC could decide to try the case internally before its administrative law judge.Facebook’s petition follows a similar move by Amazon, which sought Khan’s recusal from antitrust probes into its business based on her past criticism of its power. Khan rose to scholarly fame after publishing “Amazon’s Antitrust Paradox” in the Yale Law Journal while a student in 2017.The article argued that the unique business models of digital giants like Amazon must be assessed with a more expansive framework for antitrust laws besides the popular consumer welfare standard, which often leans heavily on whether prices go up or down for consumers. Khan wrote at the time that a new framework could help understand why a platform prioritizing growth might engage in predatory pricing.Facebook wrote that it agrees with Amazon’s arguments for recusal in its own petition, reiterating past cases where commissioners were recused for prejudgment. For example, in Cinderella Career & Finishing School v. FTC, the court said a chair’s refusal to recuse himself was a denial of due process.Amazon noted the court, in that case, had also condemned the chair for working on an earlier case involving the same facts he investigated while on Capitol Hill. Prior to her role at the FTC, Khan worked for Democrats on the House Judiciary subcommittee on antitrust, where she helped compile the report on Amazon, Apple, Facebook and Google that found each holds monopoly power and made recommendations for legal reform.Khan also previously worked as legal director for the Open Markets Institute, a political advocacy group that has pushed for Congress and government agencies to better police the dominant tech firms. Facebook noted that while she was in that role, Open Markets advocated for the FTC to reverse its approval for Facebook’s past acquisitions of Instagram and WhatsApp. Those mergers play a prominent role in the FTC’s lawsuit against the company.Khan responded to a question at her confirmation hearing before the Senate about whether she would have to recuse herself from cases involving the tech companies given her past work. She said at the time that she did not have any financial conflicts that would be grounds for recusal under ethics laws and that she would follow the facts where they lead.And there is some precedent that could back up her case. An FTC chairman in the 1970s was initially ordered to be removed from a rule-making inquiry into TV advertising of kids because of his past criticism of the practices. But later, an appeals court overturned that ruling.The chairman still ended up choosing the withdraw himself from the matter because he said it had become a distraction from the inquiry.The FTC declined to comment on the petition for recusal.Subscribe to CNBC on YouTube.WATCH: Here’s why some experts are calling for a breakup of Big Tech after the House antitrust report