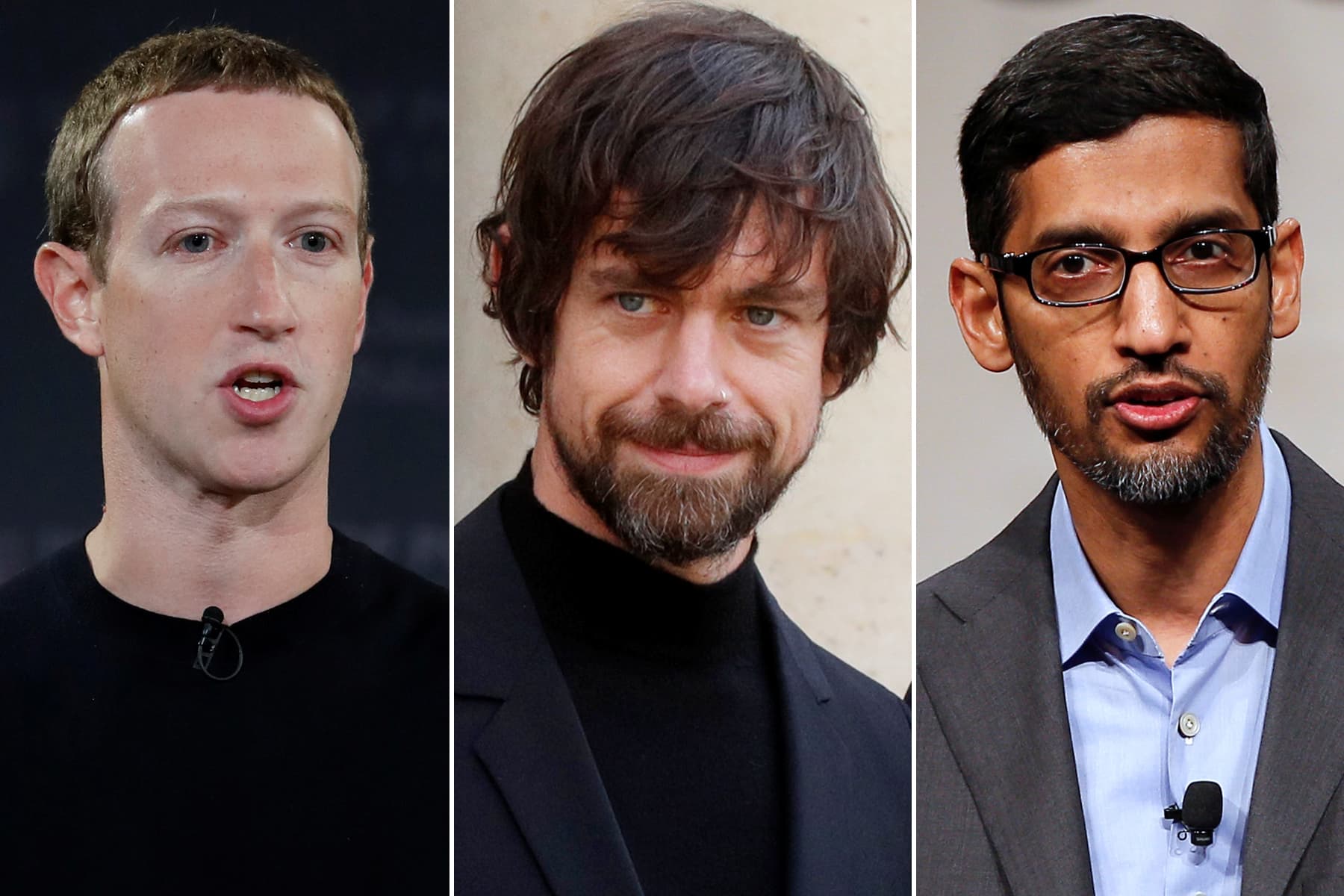 Combination of Mark Zuckerberg, CEO of Facebook, Jack Dorsey, CEO of Twitter and Sundar Pichai, CEO of Google.ReutersThe CEOs of several big tech companies will again testify before Congress next month, this time to discuss misinformation on their platforms.Facebook CEO Mark Zuckerberg, Google CEO Sundar Pichai and Twitter CEO Jack Dorsey will appear before members of the House Energy and Commerce Committee on March 25.In a statement announcing the new hearing, House E&C Committee leaders pointed to false claims about the Covid-19 vaccine and supposed election fraud that has proliferated on social media platforms.”For far too long, big tech has failed to acknowledge the role they’ve played in fomenting and elevating blatantly false information to its online audiences. Industry self-regulation has failed,” Committee Chairman Frank Pallone, D-N.J., Communications and Technology Subcommittee Chairman Mike Doyle, D-Pa., and Consumer Protection and Commerce Subcommittee Chair Jan Schakowsky, D-Ill., said in a statement. “We must begin the work of changing incentives driving social media companies to allow and even promote misinformation and disinformation.”Of the three, Zuckerberg has made the most appearances before Congress in just the past year. The March hearing will mark his fourth time testifying before Congress since July. For Pichai and Dorsey, it will be their third in that period.Last year, Zuckerberg and Pichai both appeared before lawmakers for hearings probing their competitive behavior and questioning the liability shield that protects their industry. Dorsey also appeared at that latter hearing as well as alongside Zuckerberg in front of a different committee about allegations of censorship on their platforms, which they have denied.WATCH: How the internet is regulated