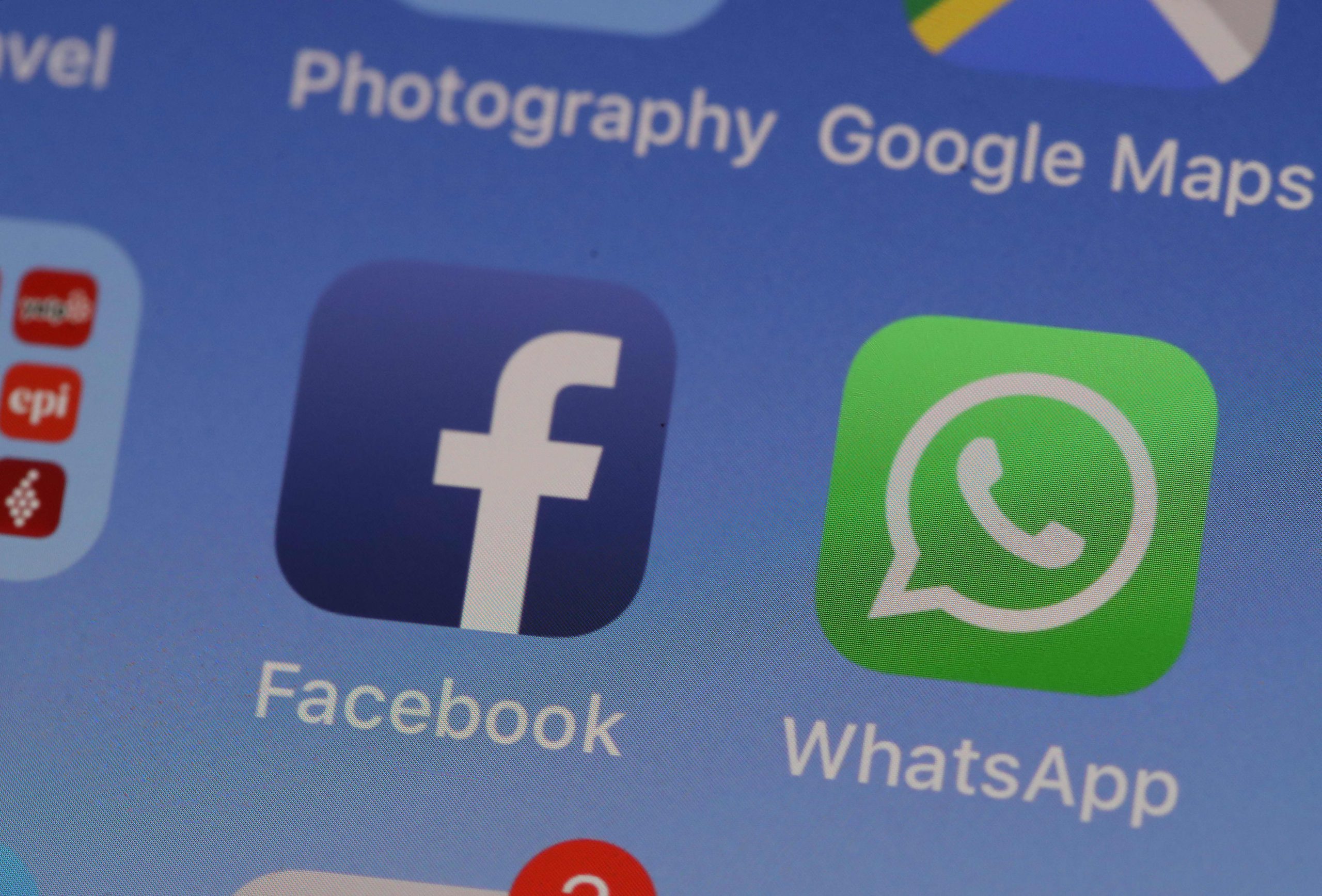 The WhatsApp messaging app is displayed on an Apple iPhone on May 14, 2019 in San Anselmo, California. Facebook owned messaging app WhatsApp announced a cybersecurity breach that makes users vulnerable to malicious spyware installation iPhone and Android smartphones. WhatsApp is encouraging its 1.5 billion users to update the app as soon as possible.Justin Sullivan | Getty Images News | Getty ImagesLONDON — A German regulator ordered Facebook to stop processing data on its citizens from messaging service WhatsApp.The Hamburg Commissioner for Data Protection and Freedom of Information, or HmbBfDI, said Tuesday that it has issued an injunction that prevents Facebook from processing personal data from WhatsApp.Facebook said it is considering how to appeal the order.Mark Zuckerberg’s social media giant has been looking for new ways to monetize WhatsApp, which is used by around 60 million people in Germany, ever since it acquired it for $19 billion in 2014.In the latest move, WhatsApp users worldwide have been invited to agree to new terms of use and privacy that gives the company wide-ranging powers to share data with Facebook.WhatsApp users are being told to agree to the new terms by May 15 if they want to continue using the app, which now competes with rivals like Signal and Telegram.The majority of users who have received the new terms of service and privacy policy have accepted the update, Facebook said.But the update isn’t legal, according to Johannes Caspar, who leads the HmbBfDI. He has issued a three-month emergency order that prevents Facebook from continuing with WhatsApp data processing in Germany.”The order is intended to safeguard the rights and freedoms of the many millions of users throughout Germany who give their consent to the terms of use,” he said in a statement. “It is important to prevent disadvantages and damages associated with such a black box procedure.”Caspar said the Cambridge Analytica scandal and the data leak that affected more than 500 million Facebook users “show the scale and dangers posed by mass profiling,” adding that profiles can be used to manipulate democratic decisions.”The order now issued refers to the further processing of WhatsApp user data,” said Caspar. “Global criticism of the new terms of use should give rise to a fundamental rethink of the consent mechanism. Without the trust of the users, no data-based business model can be successful in the long run.”Caspar also urged a panel of European Union data regulators to follow suit, so the ban applies to all 27 EU members states.  A WhatsApp spokesperson told CNBC that the Hamburg Data Protection Authority’s order against Facebook is “based on a fundamental misunderstanding of the purpose and effect of WhatsApp’s update and therefore has no legitimate basis.”They added: “Our recent update explains the options people have to message a business on WhatsApp and provides further transparency about how we collect and use data. As the Hamburg DPA’s claims are wrong, the order will not impact the continued roll-out of the update. We remain fully committed to delivering secure and private communications for everyone.”