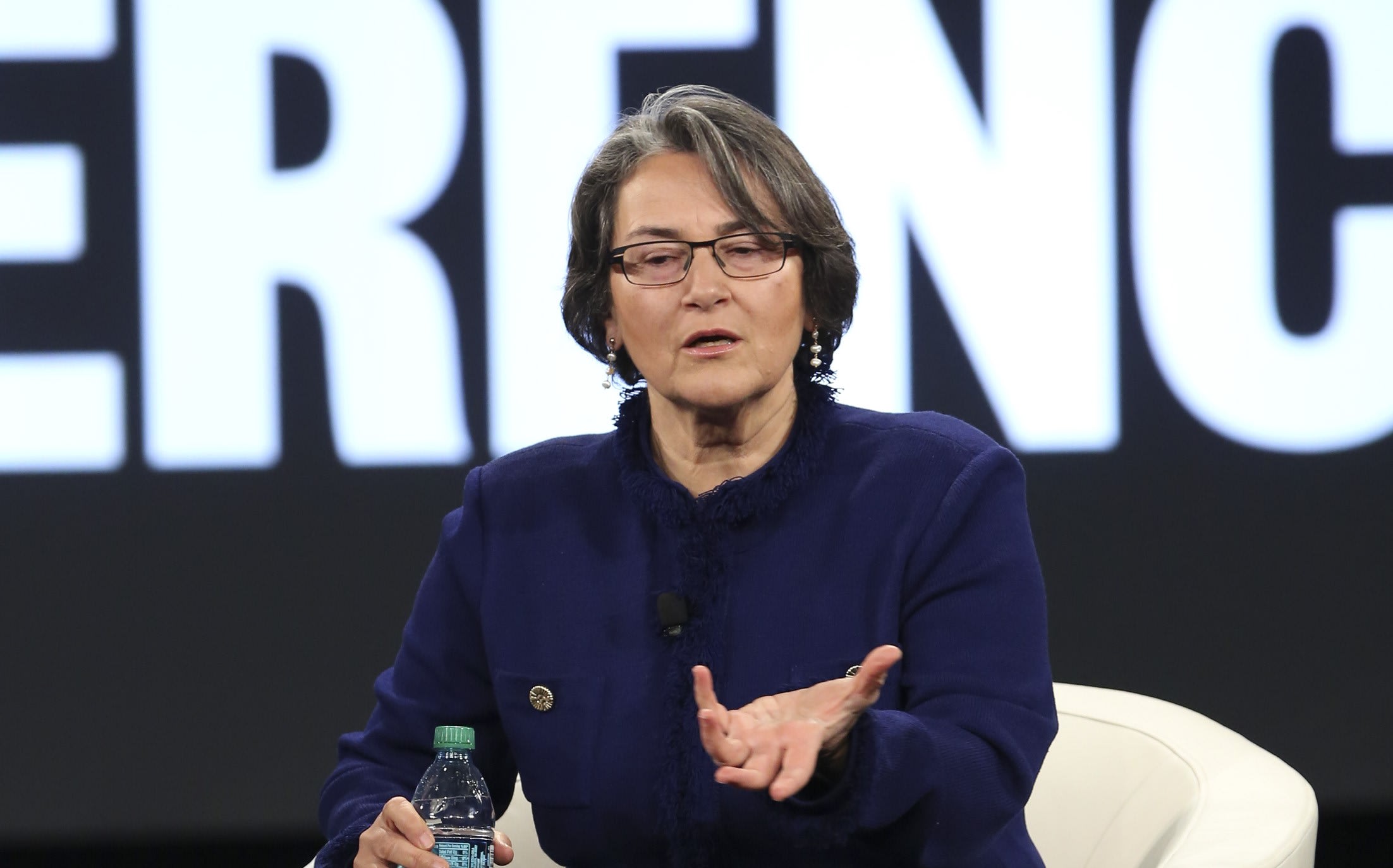 Joanna Hoffman speaks on stage at the 2016 MAKERS Conference Day 2 at the Terrenea Resort on February 2, 2016 in Rancho Palos Verdes, California.Jonathan Leibson/Getty ImagesJoanna Hoffman, once a close advisor to the late Apple CEO Steve Jobs, has criticized leadership at Facebook for not being accountable for some of the harmful effects the social media platform has had on society. Hoffman was responding to a question, at the 2020 CogX conference on Tuesday, about the cult of leadership in the technology industry and how people can decouple ego from their work. “As I look at Facebook, for example, I keep thinking are they really that ignorant or is this motivated by something … darker than what appears?” she said on a panel with former colleagues of Apple’s offshoot technology company General Magic. While Hoffman said she had “enormous respect” for what Facebook had achieved she suggested certain aspects of the social media giant were “destroying the very fabric of democracy, destroying the very fabric of human relationships and peddling in an addictive drug called anger.” “You know it’s just like tobacco, it’s no different than the opioids,” she added. “We know anger is addictive, we know we can attract people to our platform and get engagement if we get them p—-d off enough. So therefore what, we should capitalize on that each and every time?” A spokesperson for Facebook wasn’t immediately available for comment when contacted by CNBC. Facebook has most recently come under fire for its decision not to moderate or take down a post by President Donald Trump, in which he said “when the looting starts, the shooting starts,” in reference to the George Floyd protests.  Civil rights leaders said they were “disappointed and stunned” by Mark Zuckerberg’s “incomprehensible explanations” for keeping Trump’s post up, after a Zoom call with the Facebook CEO and COO Sheryl Sandberg last week. Leaders are ‘remarkably ignorant’ Hoffman also said that “leadership is extremely important,” that “individuals make a huge difference” to a company and that without a “leader to bring it all together, then nothing really productive results in the end.” However, she added that we have to accept that leaders are human beings and are therefore going to be flawed. “The question is, how flawed, how ignorant and how devious?” she asked. She believed there were a lot of leaders who existed today who were “genius in what they’ve accomplished and what they have done at a very young age” but added that she found they were “remarkably ignorant on what they are sowing in the world.” Hoffman joined Apple in 1980, as the fifth member of the team working on the Macintosh project — the first iteration of the Mac computer — and focused on product marketing. She then joined Steve Jobs at his own software business NeXT, which was eventually bought by Apple. During her time working with Jobs, Hoffman became known as one of the few people who could challenge the Apple co-founder. Kate Winslet’s portrayal of Hoffman in the 2015 movie “Steve Jobs” reinforced this image of her as Jobs’ “right-hand woman.” Hoffman later became vice president of marketing at General Magic, leaving in 1995. She now works for Spanish artificial intelligence agency Sherpa.

Snapchat Snap Minis apps to launch in July on iPhone and Android
Facebook’s Giphy deal is being probed by UK competition watchdog
To Top
error: Content is protected !!
Top