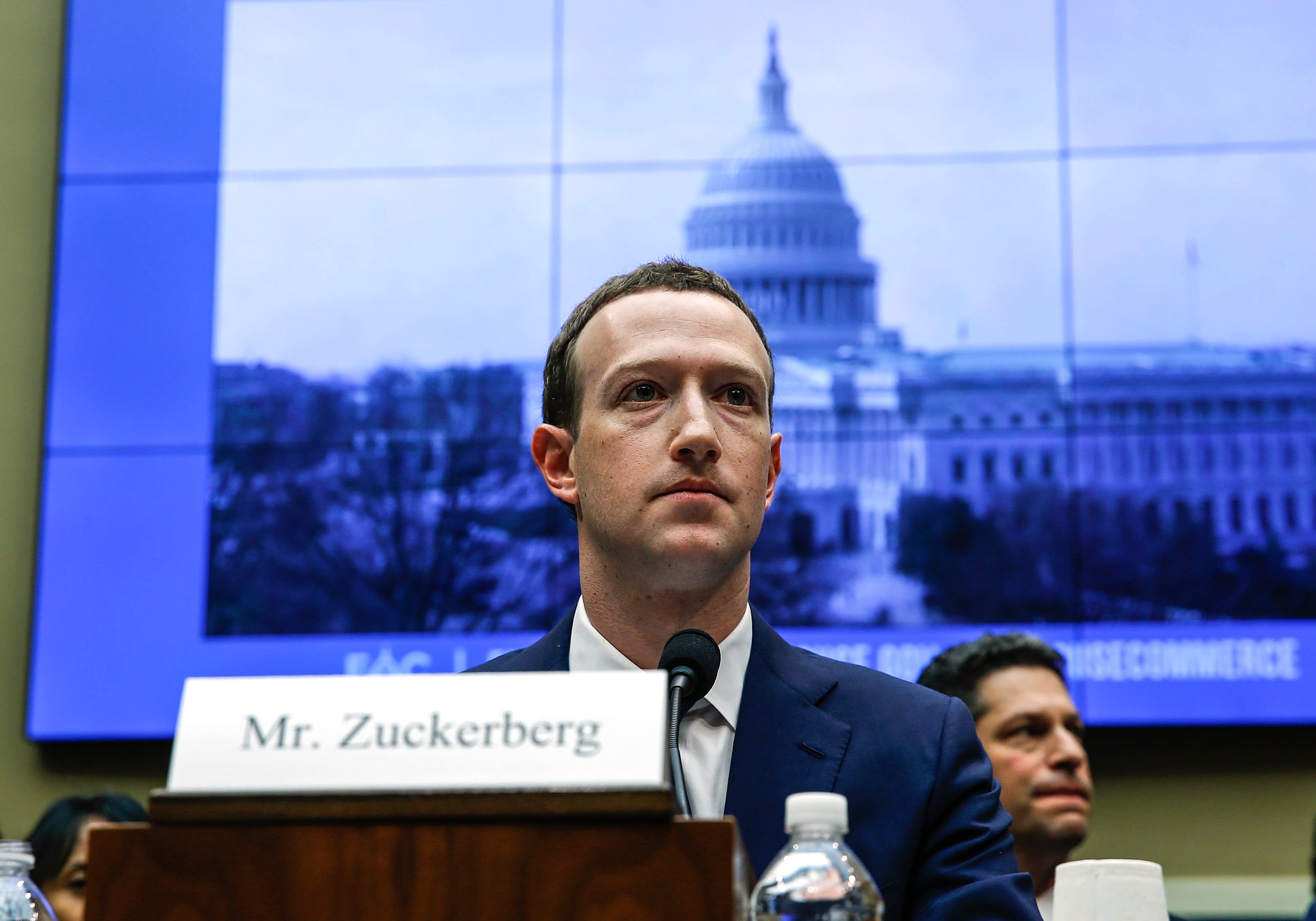 Facebook co-founder, Chairman and CEO Mark Zuckerberg testifies before the House Energy and Commerce Committee in the Rayburn House Office Building on Capitol Hill April 11, 2018 in Washington, DC.Yasin Ozturk | Anadolu Agency | Getty ImagesFacebook on Wednesday announced that it will stop running political ads in the U.S. after polls close for the 2020 election on Nov. 3 and keep them halted for an indefinite period.”While ads are an important way to express voice, we plan to temporarily stop running all social issue, electoral, or political ads in the U.S. after the polls close on November 3, to reduce opportunities for confusion or abuse,” the company said in a blog post. “We will notify advertisers when this policy is lifted.”The temporary ban is expected to last about one week, but that will be subject to change, said Sarah Schiff, Facebook’s product lead for political advertising. “We know this election will be unlike any other,” Schiff said on a call with reporters. “We are continuing to build on efforts that promote authoritative information about the election.”Facebook had previously announced that it would not allow new political ads to run starting seven days prior to the election. The company has also previously announced that it will not allow any ads that seek to delegitimize the results of the election. Facebook’s policy change comes as President Donald Trump has used social media to make false claims that voting by mail leads to election fraud. Trump has also refused to commit to a peaceful transfer of power should he lose. The move comes despite Facebook saying on Sept. 3 that it would not announce any more policy changes related to the election between then and the official election results.Additionally, Facebook on Wednesday announced that it will “remove calls for people to engage in poll watching when those calls use militarized language or suggest that the goal is to intimidate, exert control, or display power over election officials or voters.”This would include words such as “army” or “battle,” said Monika Bickert, Facebook’s vice president of content policy.This change comes after Trump called on supporters “to go into the polls and watch very carefully” during last week’s presidential debate.Facebook also announced that if the declared winner of a race is contested by another candidate, the social network will show users the declared winner’s name and a link to more information in the company’s Voting Information Center. Facebook had previously announced that if a candidate or political party attempted to prematurely declare victory it would notify users that counting is still in progress.Over the past year, Facebook has been widely criticized for its decision to allow politicians to include misinformation in their ads while others in the social media market, such as Twitter and TikTok, have banned political ads altogether.

Snapchat sees growth in direct response ads during coronavirus pandemic
Joe Biden has spent $500 million on ads this year as he seeks the presidency
To Top
error: Content is protected !!
Top