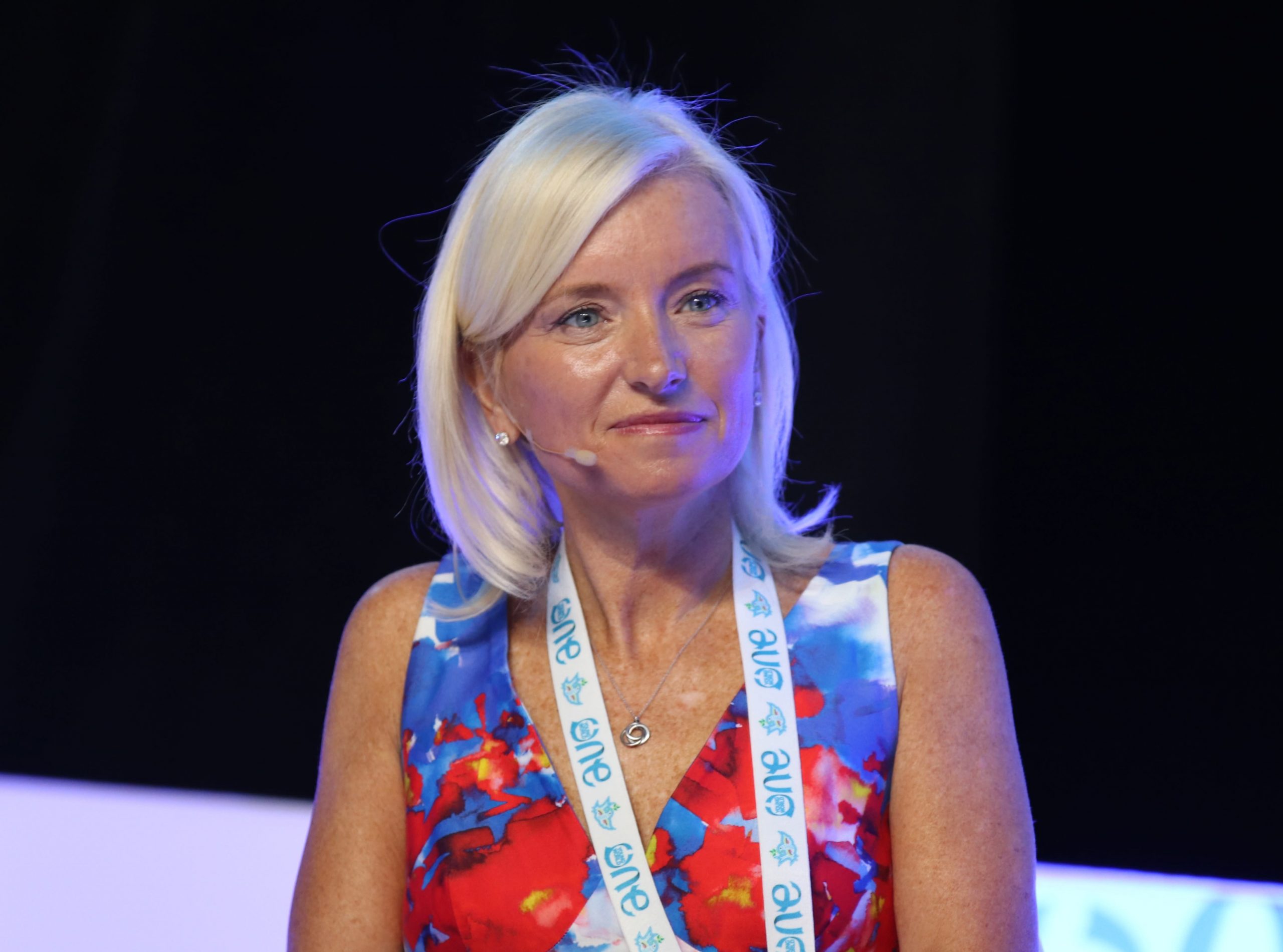 President of Global Marketing Solutions for Facebook, Carolyn Everson attends the forum titled “Poverty Alleviation & Economic Development” within the One Young World Summit 2017 at Agora Conference & Special Events Center in Bogota, Colombia on October 05, 2017.Lokman Ilhan | Anadolu Agency | Getty ImagesFacebook global ads chief Carolyn Everson is departing the company. Everson, who had been at Facebook for more than a decade, has served as face of the company for major advertisers as the vice president of its Global Business Group. Facebook is an advertising giant that is expected to command nearly a quarter of digital ad spend globally in 2021, according to eMarketer.”I am extremely proud of what we set out to accomplish but way more proud of my team and the support we showed each other, especially in difficult times,” Everson wrote in a post on her Facebook page. “I always said no one will ever mention at my funeral the amount of revenue I oversaw.  But hopefully one day someone will say my legacy at Facebook was in how I showed up for my team, for our clients and for our industry.  I am very much looking forward to starting a new chapter.”Everson was a liaison to big marketers during major controversies involving Facebook, including a boycott last summer of the platform by major advertisers.In March, Facebook’s chief revenue officer David Fischer announced he was leaving the company. Facebook said that it wouldn’t fill the chief revenue officer position and would instead create a chief business officer role that also includes managing partnerships. Last week, Facebook announced that Vice President of Global Partnerships Marne Levine, not Everson, would be promoted to chief business officer, replacing Fischer. Levine is known as a close friend of Facebook COO Sheryl Sandberg and has worked in a number of roles at Facebook, including vice president of global public policy and Instagram COO.Nicola Mendelsohn, head of the EMEA region for Facebook’s Global Business Group, will fill in as interim leader, a spokeswoman said.”We wish Carolyn the best as she moves into a new chapter. We are grateful for her contributions,” a Facebook spokesperson said via email.– CNBC’s Salvador Rodriguez contributed reporting.