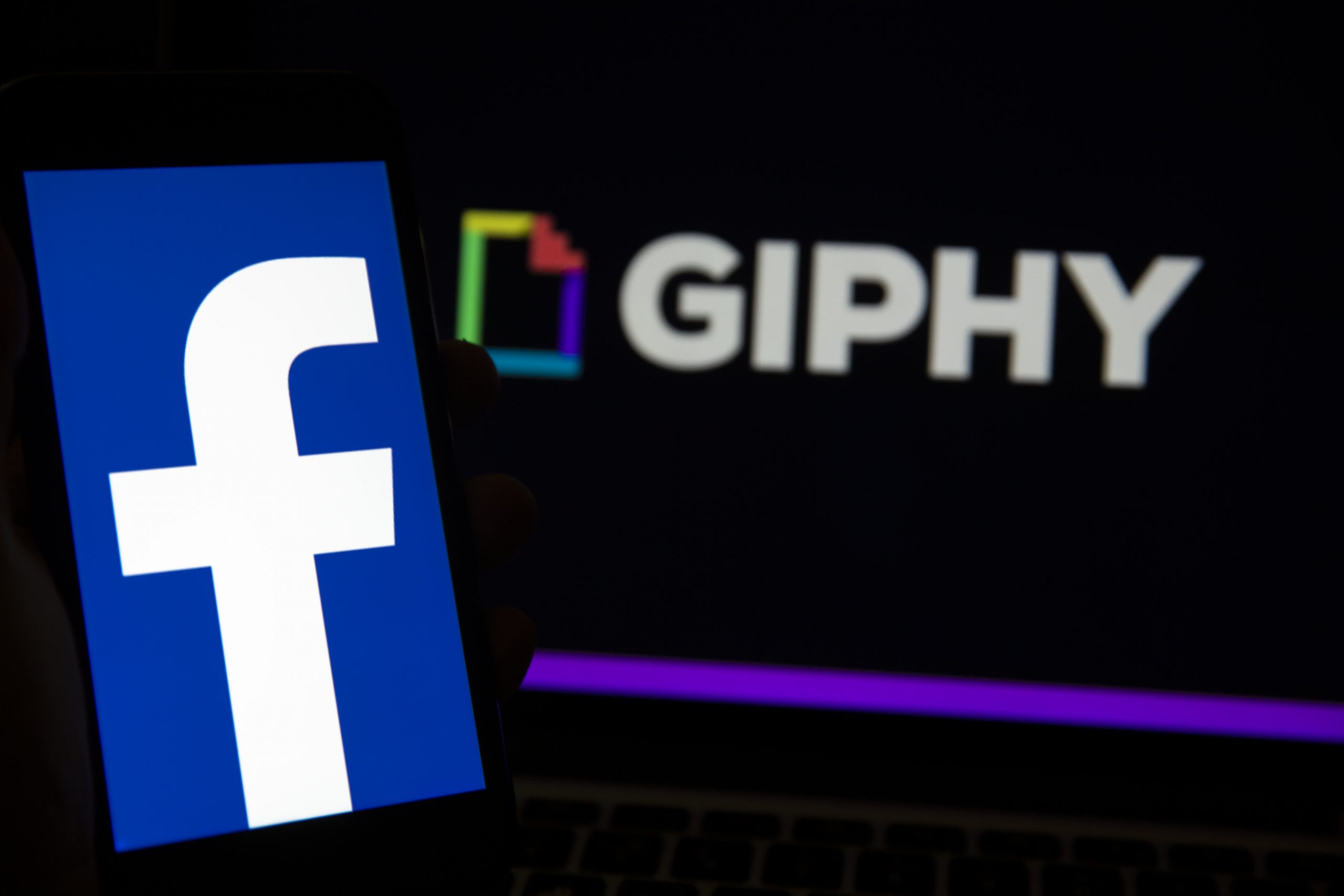 The logos of Facebook and Giphy.Aytac Unal | Anadolu Agency via Getty ImagesLONDON — The U.K.’s competition regulator announced Thursday that Facebook’s acquisition of popular GIF website Giphy presents competition concerns.The Competition and Markets Authority said it has provisionally found Facebook’s purchase of Giphy will harm competition between social media platforms and remove a potential challenger in the display advertising market.The CMA said it may require Facebook to unwind the deal, which is reportedly worth $400 million, and sell off Giphy if its competition concerns are ultimately confirmed.It’s the latest sign that the U.K. regulator isn’t happy with the power exerted by Silicon Valley’s tech giants and a rare example of an overseas regulator looking to unwind a deal involving two American firms.Millions of GIFs are shared on social media websites like Twitter, Snapchat and TikTok, as well as via email and text messages. Most social media platforms rely on access to Giphy’s database of GIFs, while some also come from Google’s Tenor.Facebook’s ownership of Giphy could lead it to deny other platforms access to its GIFs, the CMA said.It added that any reduction in the quality or choice of GIFs could impact how people use social media sites and whether or not they switch to a different platform, such as Facebook, which already has significant market power.Facebook’s platforms — Facebook, WhatsApp and Instagram — already account for over 70% of the time people spend on social media, according to CMA analysis.Stuart McIntosh, chair of the independent inquiry group carrying out the latest phase of the investigation, said in a statement that Facebook could pull GIFs from competing platforms or ask users to hand over more data in order to access them.McIntosh said the deal also removes a “potential challenger” to Facebook in the £5.5 billion display ad market.”While our investigation has shown serious competition concerns, these are provisional,” McIntosh said.”We will now consult on our findings before completing our review. Should we conclude that the merger is detrimental to the market and social media users, we will take the necessary actions to make sure people are protected.”Facebook and Giphy are headquartered in the U.S., but the CMA can investigate mergers when the business being acquired has an annual turnover of at least £70 million ($88 million), or when the combined businesses have at least a 25% share of any “reasonable” market. A Facebook spokesperson told CNBC that the company disagrees with the CMA’s preliminary findings.”As we have demonstrated, this merger is in the best interest of people and businesses in the UK — and around the world — who use GIPHY and our services,” the spokesperson said. “We will continue to work with the CMA to address the misconception that the deal harms competition.”At the time of the acquisition, Facebook said it plans to further integrate Giphy into the Instagram app “so that people can find just the right way to express themselves.”Facebook has previously attempted to downplay claims that the deal could reduce competition. “Developers and API partners will continue to have the same access to Giphy, and Giphy’s creative community will still be able to create great content,” a Facebook spokesperson said in May 2020.”We are prepared to show regulators that this acquisition is positive for consumers, developers, and content creators alike.”The CMA is inviting interested parties to comment on its preliminary findings ahead of the publication of its final report on Oct.6.