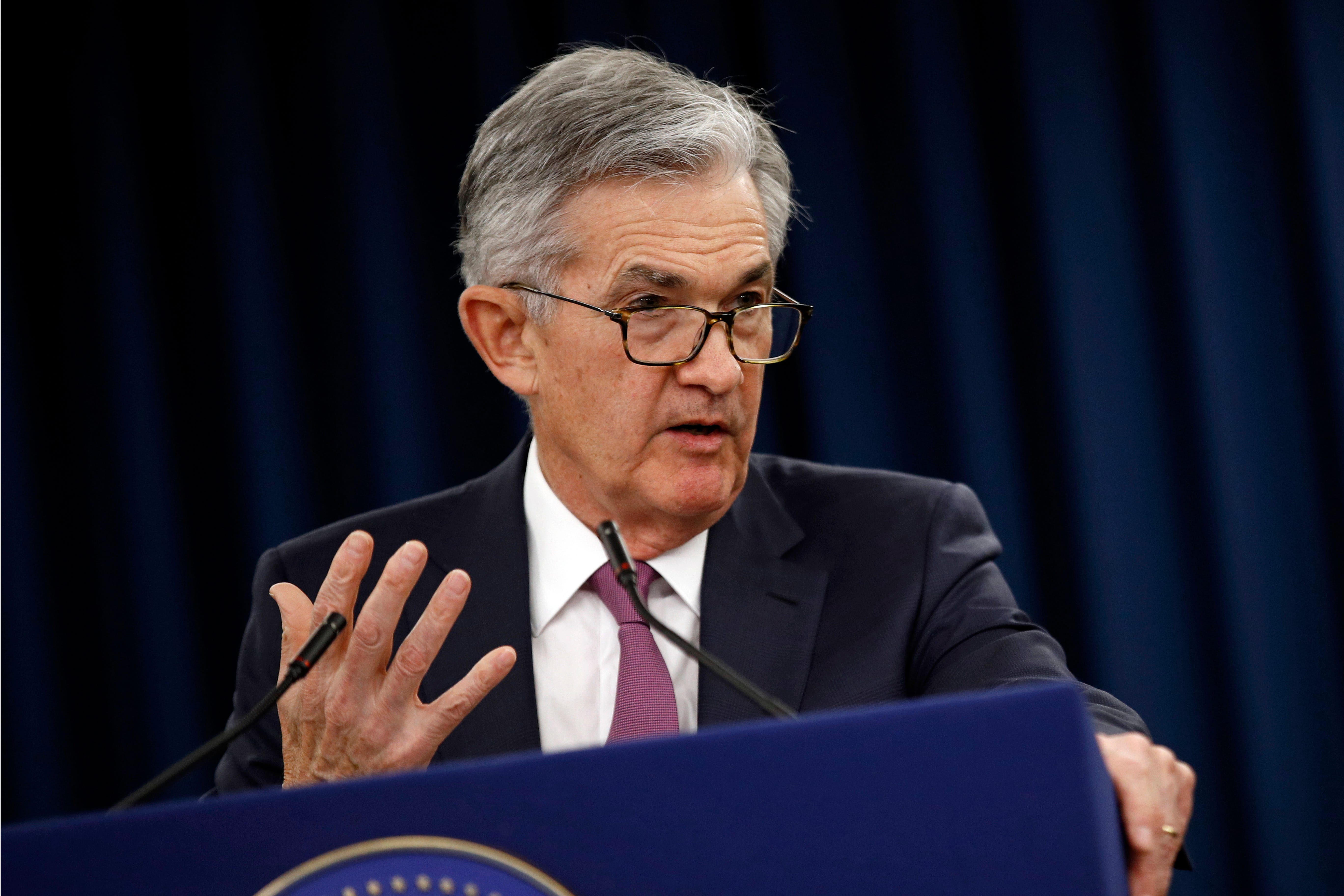 But he stopped short of telegraphing an aggressive rate-cutting campaign.

“Based on our assessment of the implications of these developments, we will act as appropriate to sustain the expansion, with a strong labor market and inflation near its symmetric 2% objective,” Powell said in prepared remarks delivered at 10 a.m. ET at the Fed’s annual conference in Jackson Hole, Wyoming.

His words echo statements Powell and the Fed have made in recent months, but he prefaced them by noting that global economic turmoil has intensified since the Fed last month lowered its key interest rate for the first time in a decade, by a quarter percentage point.

What recessions can feel like: Stories from past downturns are a guide

Powell’s words Initially appeared to boost stocks, but President Trump’s tweet that he has ordered U.S. companies to find an alternative to China intensified the trade war rhetoric and sent the Dow Jones industrial average tumbling about 460 points by mid-day.

Trump also ratcheted up his taunts of Powell when news of his speech emerged, tweeting, “As usual, the Fed did NOTHING!” Trump added, “My only question is, who is our bigger enemy, Jay Powell or Chairman Xi?”

It’s not clear what Trump meant by saying the Fed did nothing since Powell was simply delivering a speech, not chairing a policy meeting.

Fed fund futures markets and many economists expect two more quarter-point rate cuts this year, likely in September and December, and Powell said nothing Friday to discourage that view. The Fed’s policymaking committee is scheduled to meet September 17-18.

“The three weeks since our (July meeting) have been eventful, beginning with the announcement of new tariffs on imports from China,” Powell said.

Trump recently announced a 10% tariff on the remaining $300 billion in Chinese imports not already subject to U.S. duties, though he delayed the effective date of some of the levies from September 1 to December 15. Unlike prior tariffs which largely affected industrial and intermediate goods, the new duties will hit a broad variety of consumer products, raising prices for American shoppers.

On Friday, China said it will retaliate with tariffs on $75 billion of American shipments to that country, further hurting struggling U.S. manufacturers. A report Thursday said manufacturing activity in August shrank for the first time in nearly a decade.

Besides the tariffs, Powell also cited “further evidence of a global slowdown, notably in Germany and China;” the growing possibility of a “hard Brexit,” which refers to the United Kingdom’s withdrawal from the European Union without trade and other deals with Europe; “rising tensions in Hong Kong, and the dissolution of the Italian government.”

“Financial markets have reacted strongly to this complex, turbulent picture,” Powell said in his speech. “Equity markets have been volatile. Long-term bond rates around the world have moved down sharply to near post crisis lows.”

In a note to clients, Ian Shepherdson, chief economist of Pantheon Macroeconomics, wrote, “The recent deterioration seems like a very strong hint that the Fed will ease again in September.”

At the same time, Powell added, “Meanwhile, the U.S. economy has continued to perform well overall, driven by consumer spending.” He noted that job growth has slowed from last year but is still strong enough to continue bringing down unemployment. And inflation “seems to be moving up closer to” the Fed’s 2% target.

Those remarks appear to suggest the central bank likely doesn’t need to lower rates sharply over the next year.

Powell also said the Trump administration’s trade standoff with China represents “a new challenge” for the Fed, suggesting limits to the extent to which it can use interest rates to address business uncertainty stemming from the trade fight.

“Setting trade policy is the business of Congress and Administration, not that of the Fed,” Powell said. “In principle, anything that affects the outlook for employment and inflation” also could affect interest rate policy, including uncertainty about trade.

“There are, however, no recent precedents to guide any policy response to the current situation.”

He added that while interest rate policy “is a powerful tool that works to support consumer spending, business investment, and public confidence, it cannot provide a settled rule book for international trade.”

Powell’s speech more broadly discussed the challenges faced by the Fed in three eras over the past 70 years. From 1950 to 1982, the central bank struggled to control inflation. From 1983 to 2009, it grappled with bubbles, notably the 2000 dotcom meltdown and the late 2000s housing crash and financial crisis.

Now, he said, the Fed is dealing with how to fulfill its mandates of maximum employment and stable prices when falling unemployment “has had surprisingly little effect on inflation.” In other words, the Fed’s “neutral” interest rate that neither stimulates growth nor curtails inflation is so low that the central bank has little room to cut rates in the event of a downturn.

The Fed is conducting a review of its monetary policy tools to address that dilemma. 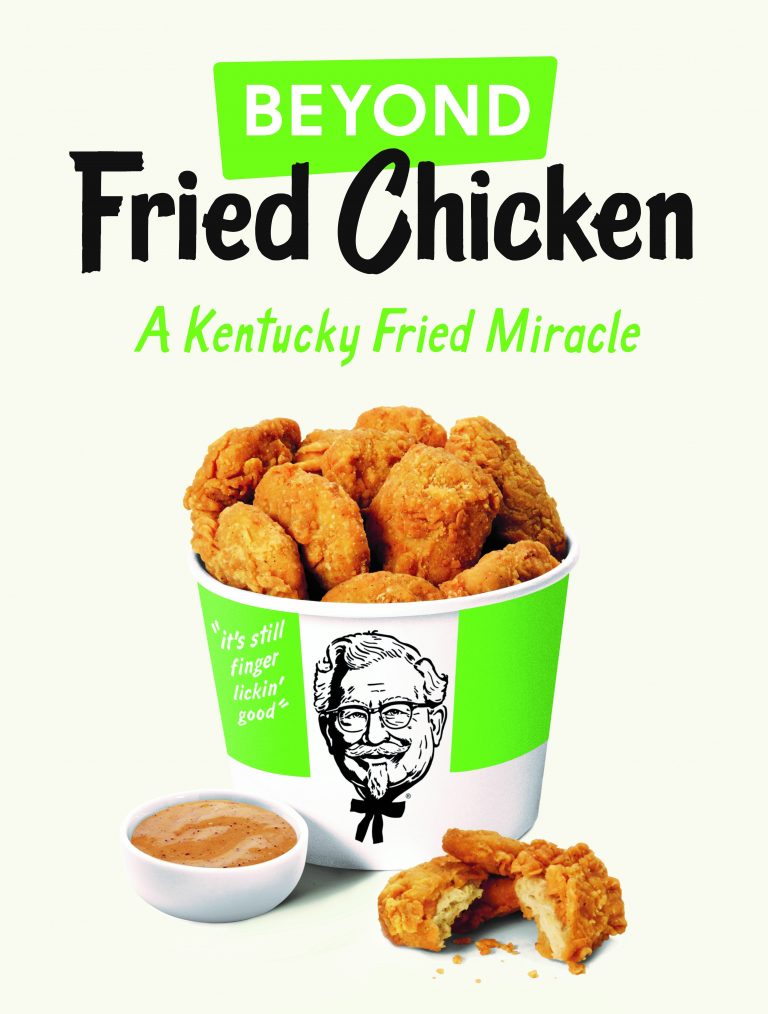 Chain already out of plant-based chicken 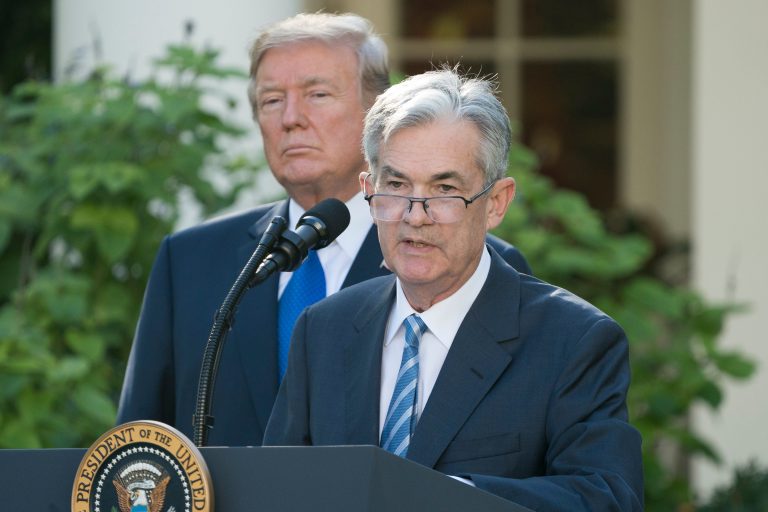 What zero or negative rates would mean for you