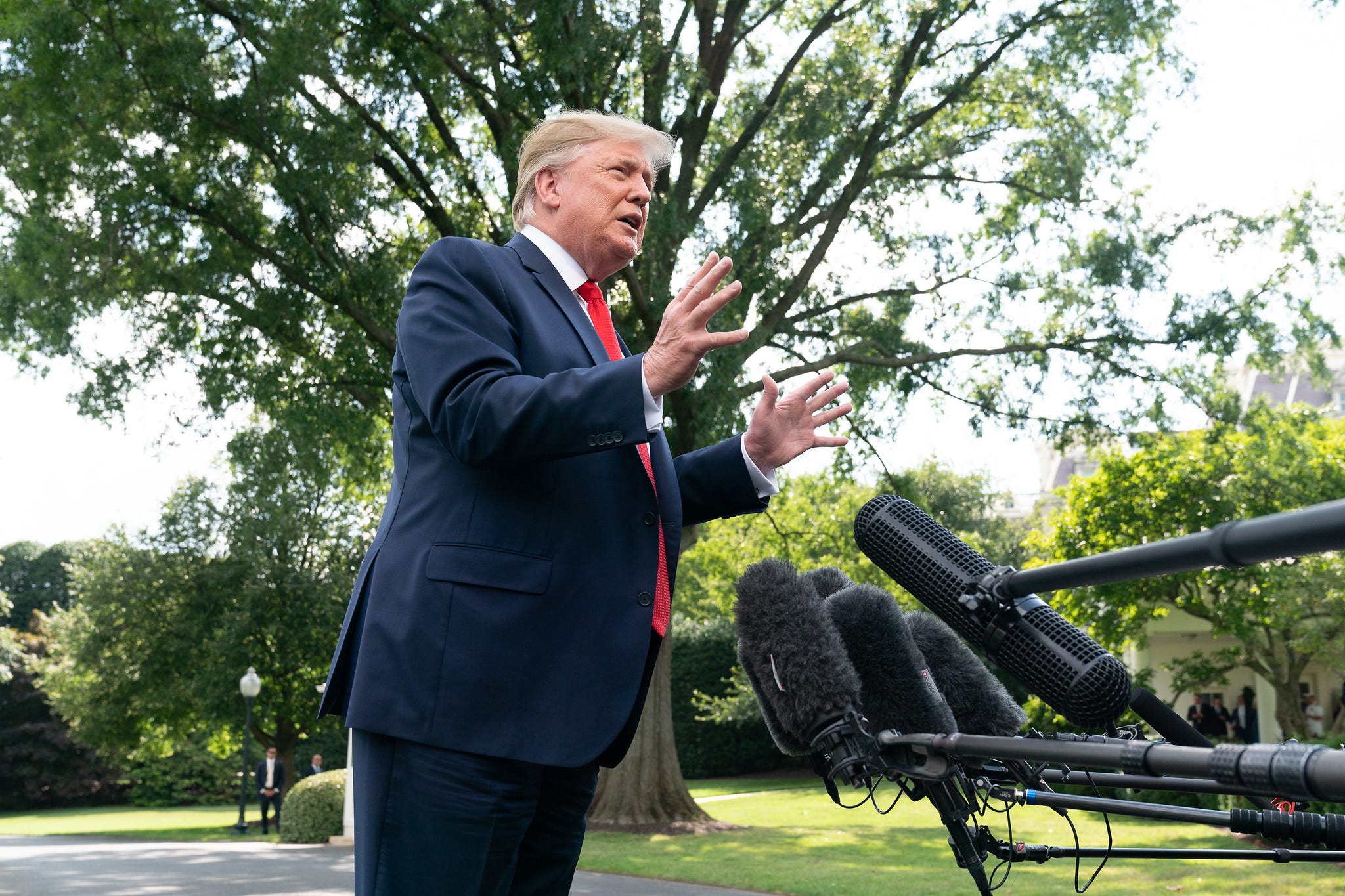 Small business owners, who mostly backed President Trump in the 2016 election, may be wavering in their support for him in next year’s race amid the U.S. trade war with China and mixed benefits from last year’s sweeping tax cuts, a new survey shows.

Thirty-seven percent of small business owners said they prefer Trump while 44% favor a Democratic candidate, according to a poll of 700 small firms in early August commissioned by OnDeck, an online small business lender. The survey, whose results were provided exclusively to USA TODAY, was conducted by Cint in all 50 states across a variety of industries.

In an early 2016 survey of small business owners by Manta, which provides online resources for such enterprises, Trump held a nearly 2 to 1 edge over Democrat Hillary Clinton, 38% to 21%.

“I do think there could be evidence of erosion there,” says Lauren Wright, a political science professor at Princeton University.

Small business optimism reached a five-month low in August, according to the National Federation of Independent Business index out this week, as expectations for their sales and the economy fell sharply. The reading is still at a historically high level.

Rates below sea level?: Trump wants Fed to cut interest rates to zero or below. Here’s what it could mean for you.

Yet Wright stressed there’s plenty of time for Trump to win back small business owners who may have shifted allegiances.Fifty-seven percent of the small businesses polled said they were somewhat or very optimistic about the outlook for their companies.

The nation’s small businesses, Wright says, represent a key voting block that can swing an election. There are 5.6 million U.S. businesses with fewer than 500 employees and the vast majority of those have fewer than 100 workers, according to the Small Business and Entrepreneurship Council. If self-employed owners are included, that figure swells to 20 million, says Tom McCracken president of the National Small Business Association (NSBA). And those companies employ about 80 million people, many of whose votes are influenced by candidates’ positions on small business issues, McCracken says.

Small businesses also make up a big source of campaign contributions, he says.

Traditionally, small business owners have tended to identify somewhat more frequently as Republicans, largely because they favor lower taxes and fewer regulations for their firms. In an NSBA survey last year, 38% of the entrepreneurs said they’re Republican and 28%, Democrat. But 35% said they’re independent or aligned with another or no party. And 77% of those surveyed said they don’t vote a straight party ticket.

In August 2018, small business optimism hit a record high following the tax cut spearheaded by Trump, according to the NFIB index. But a USA TODAY analysis last year found the tax reform mostly benefited larger small businesses that were able to deduct huge capital expenditures more rapidly. Average small businesses saw their top rate fall from 39.6% to 37% — similar to the drop for individuals – but the law scrapped the deduction for entertainment expenses and capped the write-off for state and local property and income taxes at $10,000.

While most small enterprises benefited from the reform, the gains were small and some paid more in taxes. Meanwhile, the tax rate for large corporations was slashed to 21% from 35%.

Shoring up your nest egg: How to make your retirement earnings recession-proof

Many small business owners also have been frustrated that the tax law made filing significantly more complicated, McCracken says.

“There’s a level of disillusionment there,” he says.

The trade war also has frayed the nerves of many small business owners. Tariffs on $250 billion in Chinese imports rose to 25% in May and will hit 30% in October. A 15% duty on about a third of another $300 billion in mostly consumer products from China took effect this month and the rest will be hit December 15.

Small businesses are far less equipped than larger companies to absorb the cost or negotiate price reductions with suppliers, McCracken says. “Small companies will feel the brunt of it and over time will have a harder time adjusting,” he says.

About 37% of small businesses say the tariffs have increased their cost of doing business and half of those say they’ve raised customer prices as a result, according to a survey last month by BizBuySell, an online marketplace for small firm mergers.

Eighty-four percent of entrepreneurs polled said Trump has done a good job for large businesses and corporations but just 59% said he has similarly helped small business owners like them, according to a survey late last year by Global Strategy Group and Public Opinion Strategies for the Kauffman Foundation, which studies entrepreneurship.

‘I abhor the trade war’

“I abhor the trade war,” Friar says. “I don’t think a trade war that has no feasible end is the way to do it.” He adds that some of the 12-employee firm’s clients may have held off on mergers because of the uncertainty generated by the trade battle.

Friar is also disappointed that Trump hasn’t been more prudent in federal spending and has an abrasive style. Of the tax cut, he says, “I really haven’t noticed any gains and there’s possibly been a negative effect.”

Friar supports longshot Republican challenger Bill Weld for the GOP nomination but if Trump prevails he says he could back Biden if he’s the Democratic nominee because of his more moderate views.

Andrew McConnell, CEO of Atlanta-based Rented.com, says his opposition to Trump is rooted in issues unrelated to his 24-employee business, which manages revenue and prices for vacation rental companies.

“There are times that we must look beyond our own self-interest, and this is certainly one of them,” McConnell, a Democrat, says, adding he thinks Trump has promoted racism. “What happens to the environment?…And the trade stuff is shooting ourselves in the foot.”

Support holds up for many firms

Other small business owners who backed Trump in 2016, believe he has made good on his promises to cut taxes and regulation and plan to vote for him again next year.

“The economy is better….everything is better,” says Vladimir Gendelman, CEO of Company Folders, of Pontiac, Michigan, which makes corporate presentation materials and has 20 employees.

Gendelman says he has netted a 20% savings from the tax law. Of the trade war, he says, “China has been taking advantage of us for too long. In the short term, there is turmoil, but things will be better in the long term.”

He adds that he appreciates Trump’s penchant for eschewing political correctness.

Wright, the Princeton professor, says Trump has missed opportunities to emphasize the solid economy under his watch — “low hanging political fruit,” she says – and instead embraced dramatic standoffs like the trade war.

Still, she says Trump has time to rebound.

““I wouldn’t discount the possibility that these supporters can come back around to Trump” if the president more effectively focuses his message on the economy and trade tensions ease, Wright says.