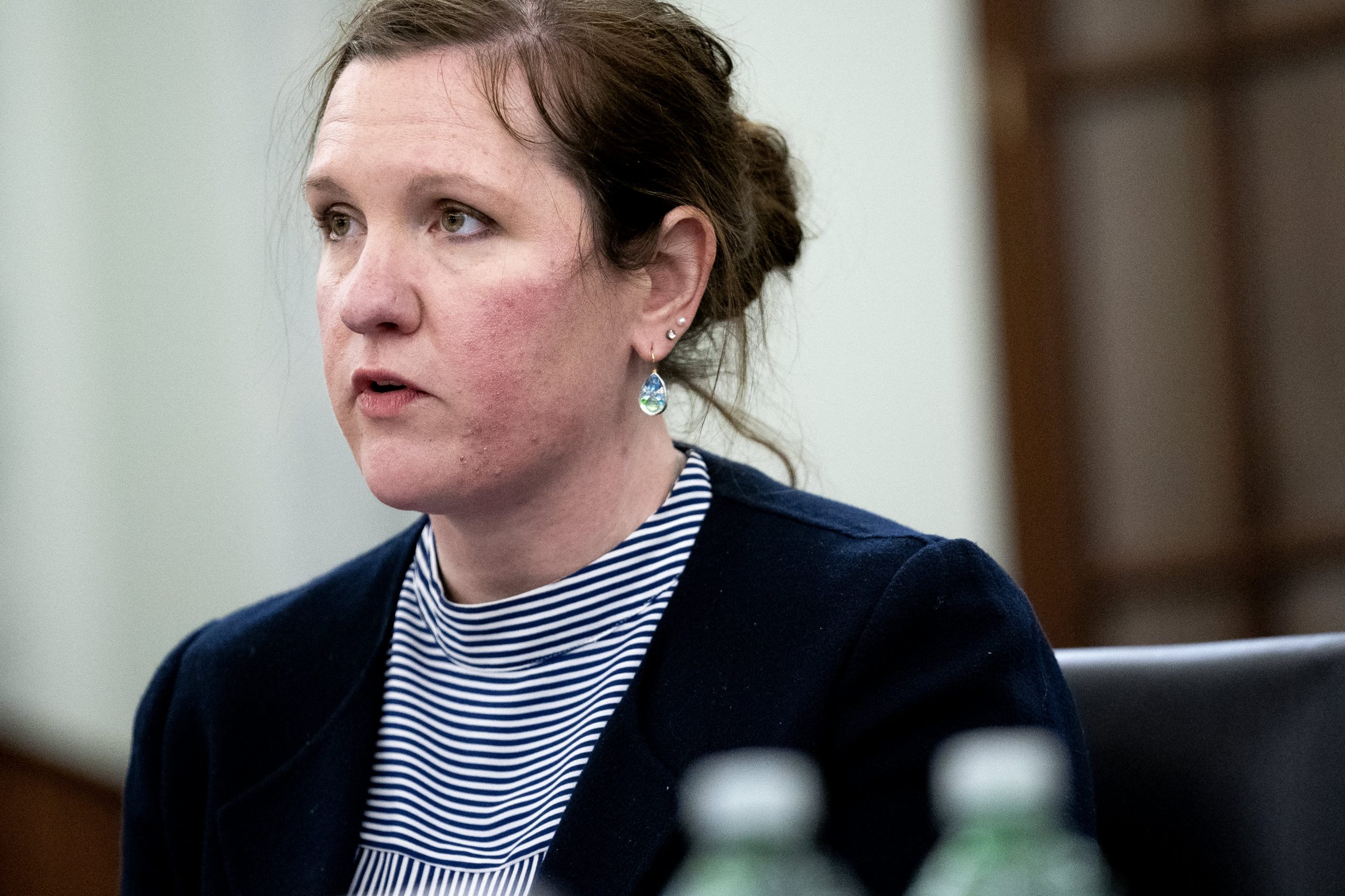 Rebecca Kelly Slaughter, acting chairwoman of the Federal Trade Commission (FTC), speaks during a Senate Commerce, Science, and Transportation Committee hearing in Washington, D.C., on Tuesday, April 20, 2021.Stefani Reynolds | Bloomberg | Getty ImagesA Senate Commerce Committee hearing Tuesday revealed several areas of common ground among the four sitting Federal Trade Commissioners, who are evenly split along party lines.The agency is awaiting the confirmation of a fifth commissioner to fill out its slate — the confirmation hearing for President Joe Biden’s nominee Lina Khan will take place on Wednesday — but it’s clear there are several areas in which the FTC does not need a tie-breaking vote. Commissioners generally agreed that:The FTC should act to protect consumers’ digital privacy should Congress fail to move forward with a national law protecting those rights.Congress should reinforce the FTC’s ability to provide consumers with monetary relief should the Supreme Court roll back that authority with an anticipated ruling.Congress should grant more resources to the agency for enforcement given a sharp increase in merger filings.Protecting digital privacyLawmakers have spent years grappling with the question of how to protect consumers’ digital privacy rights, but so far, there’s still no federal law on the books. Meanwhile, some states have moved forward with their own measures, creating a complicated landscape for businesses.The commissioners generally agreed that the best solution is for Congress to enact a digital privacy law quickly, but if it doesn’t, the FTC could attempt to fill in some of the gaps.Republican Commissioner Christine Wilson said the FTC has authority under Section 18 of the FTC Act, known as Magnuson-Moss rulemaking, to provide guidelines around consumer digital privacy.”Granted, a Mag-Moss rulemaking is not the optimal solution, but in the absence of congressional action and in the face continuing harm including growing infringement of our civil liberties, I support Acting Chairwoman Slaughter in considering this path,” Wilson said. While a cumbersome process, Wilson said, “inaction is not an option.”Democratic Commissioner Rohit Chopra, who is Biden’s nominee to lead the Consumer Financial Protection Bureau, said there’s no harm in the FTC moving forward with rulemaking around data security, even if Congress passes a law in the midst of the process.Affirming authority to grant monetary reliefThe commissioners urged lawmakers to reaffirm the FTC’s authority to provide monetary relief to consumers when they are harmed by unfair business practices, should the Supreme Court limit their authority to do so.The court is currently considering arguments in a case that could result in limiting the FTC’s Section 13(b) authority to grant monetary relief to consumers in such cases. Acting Chairwoman Rebecca Kelly Slaughter, a Democrat, said that the uncertainty created by the case has already hindered the FTC’s ability to enforce the law.”Even while the Supreme Court case is pending, the uncertainty around 13(b) is affecting our work and affecting our cases,” she said. “It’s making it harder for us to get that redress to consumers. It’s outright barred in some circuits. And other defendants are just saying let’s wait and see, we don’t want to negotiate, we don’t want to get into these conversations, making it harder for us to stop illegal conduct and making it harder for us to make your constituents whole when they have been harmed.”Republican Commissioner Noah Phillips said he sought a more limited view of monetary relief for consumers, but generally agreed there should be some ability to grant restitution to consumers harmed by unfair business practices. If the court rules unfavorably toward the FTC’s powers, he said, a congressional fix should focus on “helping consumers, not on inappropriately punishing businesses.”Expanding resourcesAnother theme of the hearing was about the need for greater resources at the FTC to pursue strong enforcement.During the pandemic, Slaughter said, the commission did see a brief dip in merger filings, but they’ve since returned to record levels. She said March saw the second-highest number of merger filings in a month at more than 300, following November’s record over more than 400 filings.Even with a growing workload, the FTC has not been able to hire on more help. Slaughter said employment at the agency has remained flat while merger filings are at about double the level as they were ten years ago.”The absence of resources means that our enforcement decisions are harder,” she said. “If we think that we have a real case, a real law violation in front of us, but a settlement on the table that is maybe OK but doesn’t get the job done, we have to make difficult decisions about whether it’s worth spending a lot of taxpayer dollars to go sue the companies who are going to come in with many, many law firms worth of attorneys and expensive economic experts, versus taking that settlement.”WATCH: Big Tech may face even more scrutiny for antitrust and monopoly in 2021—Here’s why

The rift between Apple and Facebook widens as the battle for your data heats up
Venmo users can now buy and sell bitcoin and other cryptocurrencies
To Top
error: Content is protected !!
Top