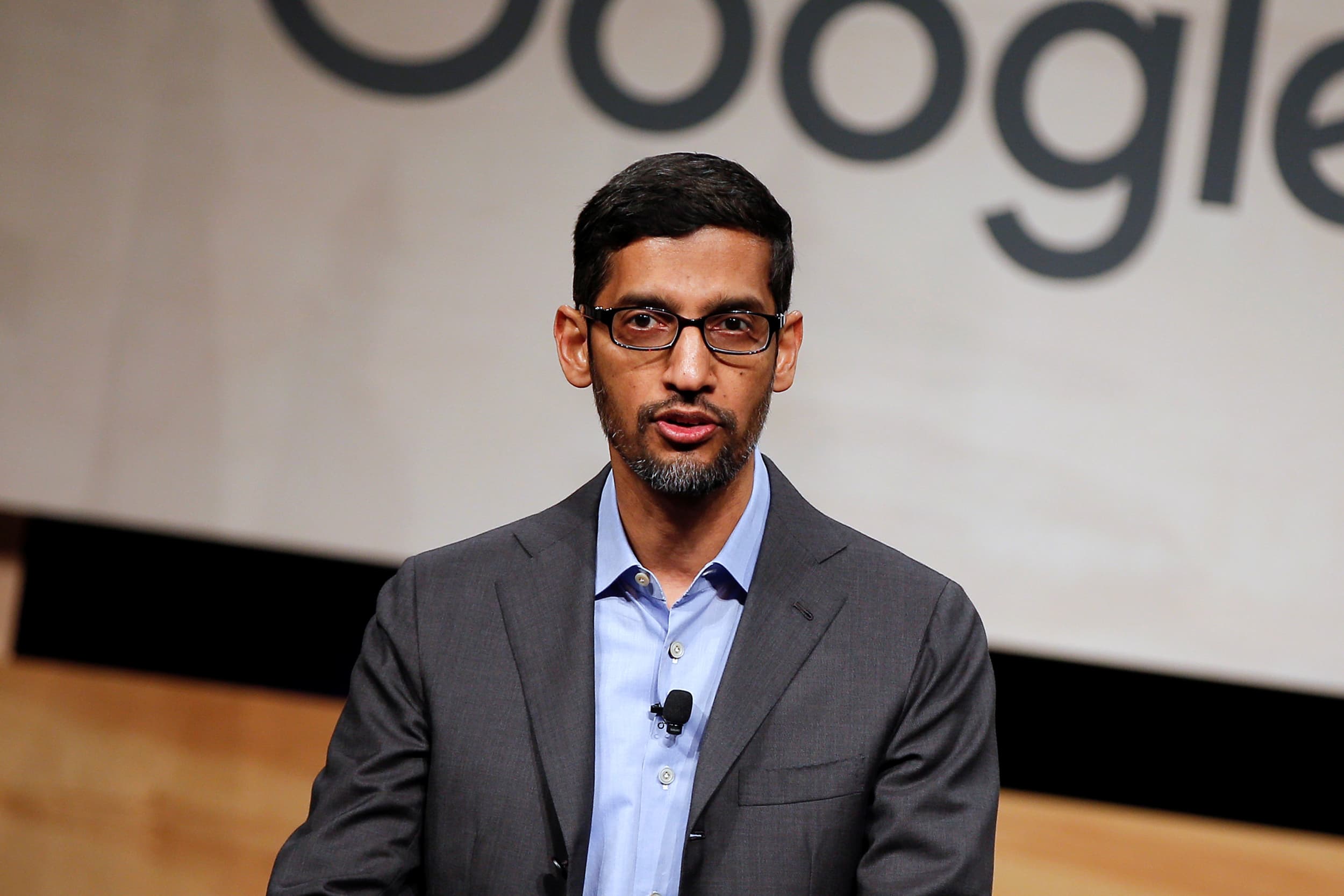 Google CEO Sundar Pichai speaks during signing ceremony committing Google to help expand information technology education at El Centro College in Dallas, Texas, October 3, 2019.Brandon Wade | ReutersGoogle urged the Biden administration to join a technology and trade council with the European Union as enforcers abroad pursue more robust regulation of the industry.Karan Bhatia, Google’s vice president of government affairs and policy, warned in a blog post Friday that the technology trade relationship between the two governments “is fraying.” Bhatia said the U.S. policy “has been largely reduced to pressing Europe to follow U.S. supply chain initiatives” while Europe pursues broad regulations, like taxes on digital services.Bhatia said such trends hurt both economies and will make it harder for them to address new global challenges or “partner with emerging economies in Asia.”Google’s appeal to the White House comes as President Joe Biden has begun staffing his team with well-known critics of the tech industry, including his Federal Trade Commission nominee Lina Khan and National Economic Council advisor Tim Wu. The company faces antitrust lawsuits from several states and the Department of Justice, which began under the previous administration.Still, Google’s appeal to the Biden administration may indicate that it sees it as a potential ally for fending off the most impactful legislation from the EU and preventing a splintered version of the internet across continents. The European Commission has shown a greater willingness over the past several years to crack down on the U.S.-based tech companies, waging several competition penalties against Google before the U.S. ever brought an antitrust case against it. Still, the U.S. has recently ramped up enforcement and Biden’s recent appointments indicate a continuation of that policy.In the blog post, Bhatia urged the Biden administration to join an EU-U.S. Trade and Technology Council proposed by the European Commission and to expand it. In order to be most effective, both sides should consult with one another before taking significant actions that could impact the way the other engages in tech trade negotiations, he said. Bhatia added that this would mean the EU should consult the council about whether regulations like its sweeping Digital Markets Act would “reflect the EU-U.S. values-based alliance.”That legislation would authorize major penalties for companies including Google for failing to comply with certain standards to prevent self-preferencing of their own products and services in their markets. Violations could be punished with hefty fines or even divestment of parts of the business.The blog was published ahead of Bhatia’s appearance at an event hosted by the Center for Strategic and International Studies on Friday.At the event, Bhatia expressed concern over the fragmentation of the internet across countries.”What I am worried about to some extent though is sometimes concerns about security or concerns about sovereignty, which are legitimate concerns, can spill over into what are fundamentally protectionist policies and that yields fragmentation of not just the trading system but the internet writ large,” he said. “And I do worry that we are seeing this incredible tool that has generated so much benefit to the world, to the global economy and so forth, look at sort of a breakdown of international norms and with it the services and benefits that it’s provided. So we need to be watchful for that. It is a concern and a risk.”Subscribe to CNBC on YouTube.WATCH: Big Tech may face even more scrutiny for antitrust and monopoly in 2021—Here’s why