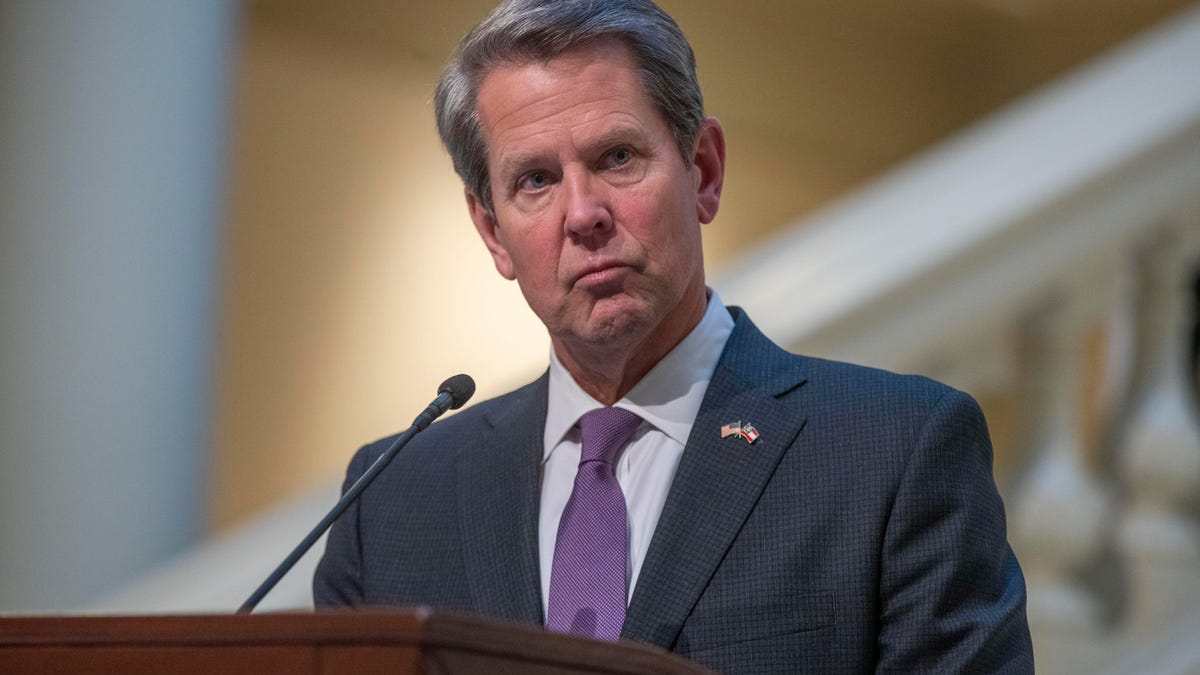 Gov. Kemp: MLB ‘caved to fear’ over voting billGeorgia Gov. Brian Kemp criticized Major League Baseball (MLB) over its decision to move its All-Star Game from Georgia over a sweeping voting bill he signed into law last month. (April 3)APMajor companies headquartered in Georgia are criticizing the state’s controversial new voting law, and now some GOP lawmakers are calling for boycotts of the brands.An April 3 letter addressed to Kevin Perry, president of the Georgia Beverage Association, from members of the the Georgia House Republican Caucus requested the removal of all Coca-Cola products from an office suite. Eight GOP legislators signed off on the memo.Coca-Cola was one of the first Georgia-based companies to publicly condemn Senate Bill 202. Company CEO James Quincy said the law “does not promote principles we have stood for in Georgia around broad access to voting, around voter convenience, about ensuring election integrity,” in an interview with CNBC, according to The Washington Post.  The owners of three Atlanta professional sports teams – the Falcons, the Hawks and the Dream – also released statements critical of the new law, The Post reported. Delta Air Lines CEO Ed Bastian said the law was “built on a lie.” And Major League Baseball reacted last week by moving the All-Star game out of Atlanta.’That was their decision’: ‘That was their decision:’ White House walks fine line on MLB moving All-Star Game out of AtlantaFormer President Donald Trump and Republican National Committee Chair Ronna McDaniel both publicly slammed the MLB for its move and called on supporters to do the same.”Boycott baseball and all of the woke companies that are interfering with Free and Fair Elections,” Trump said in a statement.Friday, Rep. Jeff Duncan, R-S.C. announced plans to begin drafting legislation to remove MLB’s federal antitrust exception.”An overwhelming bipartisan majority of Americans support requiring an ID to vote, and any organization that abuses its power to oppose secure elections deserves increased scrutiny under the law,” Duncan wrote in a Twitter thread.New city for game: MLB All-Star Game will be played in Denver after event pulled out of AtlantaGeorgia Republicans also attempted to rescind a tax break for Delta Air Lines in a recent legislative session, but the move was thwarted by Lt. Gov. Geoff Duncan, who never brought up the measure for a vote, according to the Atlanta Journal-Constitution. The new voting law instituted sweeping changes to election protocols, including ID requirements and a shortened request period for absentee ballots, a near-total ban on mobile voting buses for early voting and criminalizing offering food or drink to waiting voters. During an April 3 press conference, Gov. Brian Kemp berated business owners who criticized the voting law, according to The AJC.”Major League Baseball, Coca-Cola and Delta may be scared of Stacey Abrams and Joe Biden and the left, but I am not,” he said.