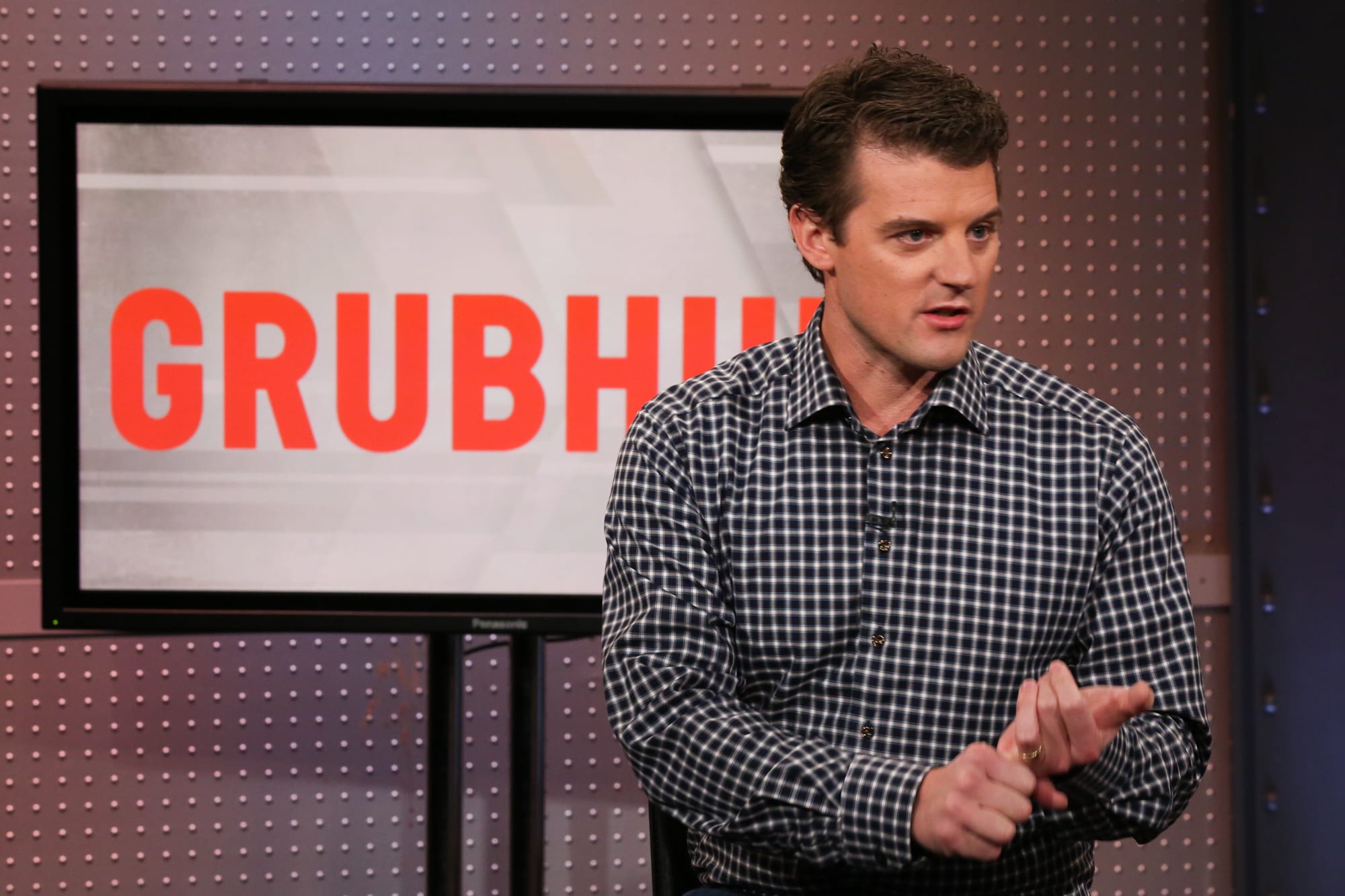 Matt Maloney, founder and CEO of Grubhub.Adam Jeffery | CNBC Grubhub plans to merge with European food delivery company Just Eat Takeaway.com, the companies announced Wednesday.The deal gives Grubhub shares an implied value of $75.15, implying a total equity value of $7.3 billion on a fully diluted basis. Shares of Grubhub spiked more than 7% during after hours trading.The merger, which would combine two of the top food deliver services in the U.S. and Europe, comes after Grubhub’s talks with Uber fell through amid concerns over antitrust scrutiny. Though both parties had agreed on a price ratio, the companies remained concerned about likely antitrust pressure and could not come to an agreement on how Uber would support Grubhub through the regulatory process, CNBC’s David Faber reported earlier Wednesday. Uber shares were down slightly after hours following the announcement.Uber offered 1.925 shares for each Grubhub share, valuing Grubhub at a volume weighted average price of about $70 per share and a Wednesday close value of $67.04, according to people familiar with the matter. Just Eat Takeaway offered 0.67 shares for each Grubhub share, an implied value of $75.15 for each Grubhub share based on June 9’s €98.60 Just Eat Takeaway closing price. Still, Just Eat Takeaway shares fell more than 10% on Wednesday’s news, lowering the offer to about $65.17 per Grubhub share.Just Eat offered a small premium to where Grubhub is currently trading, a person familiar with the matter told CNBC prior to the deal’s announcement. As of market close Wednesday, Grubhub shares traded around $59 per share, giving it a $5.4 billion market cap.”Like ridesharing, the food delivery industry will need consolidation in order to reach its full potential for consumers and restaurants,” an Uber spokesperson said in a statement. “That doesn’t mean we are interested in doing any deal, at any price, with any player.”Grubhub’s deal with Just Eat is unlikely to garner as much regulatory attention as its possible combination with Uber. The proposed Uber-Grubhub deal would have combined two of the three largest food delivery companies in the U.S.The companies said they expect the deal to close in the first quarter of 2021. Grubhub CEO Matt Maloney will join Just Eat’s management board and lead the combined business in North America. Two Grubhub directors will join Just Eat’s supervisory board, according to the release.The British competition authority just gave the green light in April for Britain’s Just Eat and Netherlands-based Takeaway to combine. At the time, the British Competition and Markets Authority said it was unlikely Takeaway would have been able to re-enter the British market in a significant way on its own without the merger.Subscribe to CNBC on YouTube.WATCH: Dark kitchens: Where does your food delivery really come from?