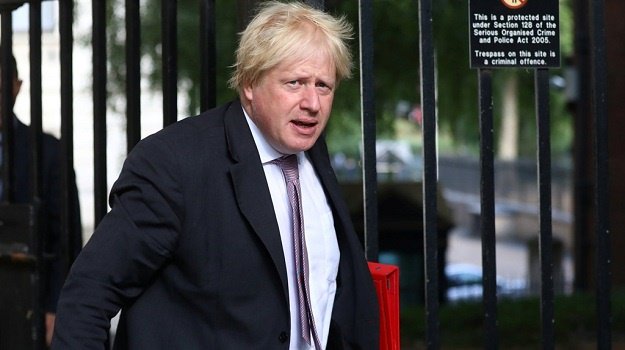 Ten Conservatives are in the running to succeed Theresa May as UK
prime minister. Each has their own vision of how to fix Brexit: All want
to deliver on the referendum result of 2016, most want to renegotiate
the divorce agreement, and two say the only way out is with a no-deal
departure.

From Thursday, Conservative MPs will whittle down the field to just
two in a series of votes. The final pair are then put to a postal
ballot of the party’s 160 000 members, with the new prime minister to be
announced in the week of July 22.

Who?  The favourite to succeed May, Johnson, 54,
quit as foreign secretary last July over her Brexit deal. He was the
highest profile campaigner in the 2016 referendum, and used to be
London mayor.

On Brexit: He has vowed to take Britain
out of the bloc on October 31 with or without a deal. He wants to
renegotiate May’s agreement and has threatened to withhold the £39bn divorce bill if the EU doesn’t improve the
terms. He is prepared to Leave without a deal if it’s the only way to
deliver Brexit.

Other policies: Johnson advocates cutting business
taxes and red tape. He’s proposed tax cuts for higher earners too,
according to the Telegraph. He also wants to boost transport
infrastructure and broadband, and raise spending on schools and the
police. 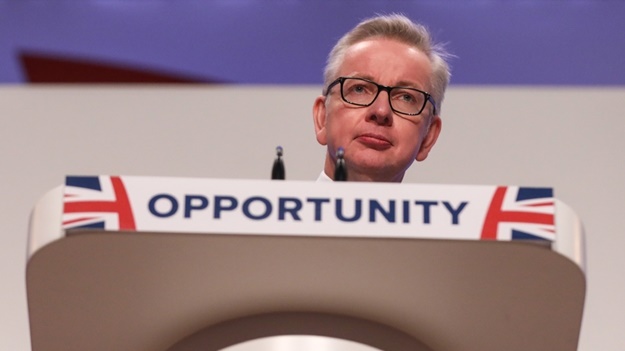 Who? Gove, 51, has held Cabinet positions including
education secretary, justice secretary, and most recently, environment
secretary. In the last leadership election, he was going to run
Johnson’s campaign before declaring he’d run himself. He was one of the
figureheads of the Leave campaign.

On Brexit: He wants to renegotiate the deal, to put a
“full stop” on the Irish border backstop. He says a no-deal Brexit
wouldn’t be in Britain’s interests, and because Parliament is opposed,
it would prompt an election that Labour could win. He’s open to delaying
Brexit by a day, a week, or “whatever is required” to get it done.

Other policies:  Gove has said EU citizens currently
in the UK should be able to apply for citizenship for free. He has
proposed scrapping value-added tax and replacing it with a simpler sales
tax.

Also: He admitted to using cocaine on several occasions when he was a journalist, but deeply regrets it now. 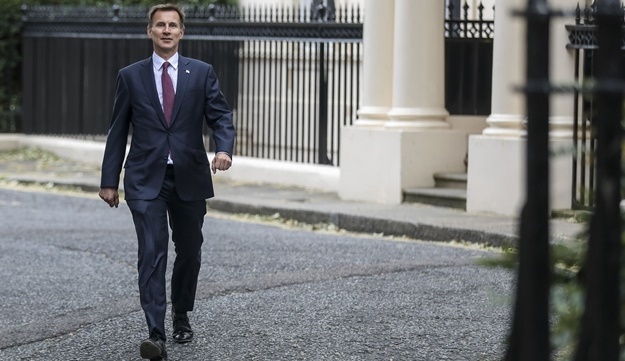 Who?  Foreign Secretary Jeremy Hunt, 52, has been in
the Cabinet since 2010. He was the UK’s longest-serving health
secretary. He voted Remain in 2016 but now is a “born again Brexiteer.”

On Brexit: He wants to renegotiate. He’s open to a
delay as a better alternative to no-deal, which he says would prompt
a  general election in which the Tories could be “annihilated.”

Other Policies:  Promises to “turbo-charge” the
economy after Brexit to make it “the most high-tech, greenest, most
pro-enterprise, pro-business economy in Europe.”

Also: Hunt is independently wealthy, earning
about £15m in 2017 from the sale of an educational listings
company he founded, Hotcourses. He once mistakenly referred to his
Chinese wife as Japanese. 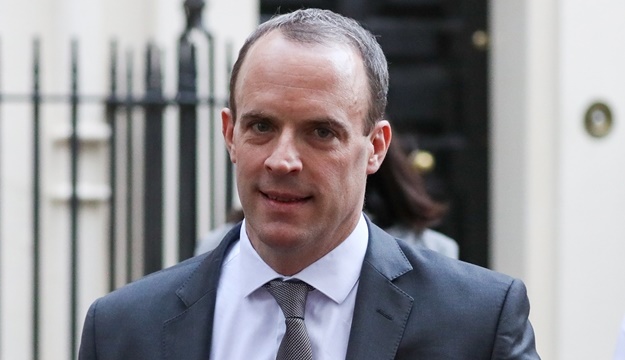 Who? Raab, 45, quit as Brexit secretary in November
in protest after four months in the job. He’s a lawyer by training and
campaigned to Leave.

On Brexit: He wants to negotiate an exit from the
Irish backstop and will be “clear’’ with the EU that if that isn’t
possible, the UK is prepared to leave without a deal in October.
He is prepared to suspend Parliament to pursue no-deal if necessary.

Other policies: Raab proposes raising the threshold
for National Insurance contributions and taking 1 percentage point off
income tax, before cutting it further. Promises an early budget to give
business confidence the UK can weather any disruptions caused by
Brexit.

Also: Raab has a black belt in karate. 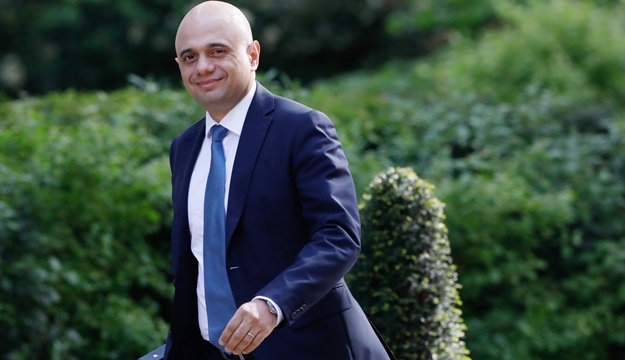 Who? A former Deutsche Bank trader, Javid, 49, has
been an MP since 2010. Promoted to the Cabinet in 2014 as culture
secretary, he then held the briefs for business and communities, before
being promoted to home secretary last year. He voted Remain, despite
holding Euroskeptic views.

On Brexit: He wants to renegotiate. He would choose
a no-deal Brexit over no exit at all, but favors leaving with an
agreement. He rejects extending negotiations beyond October 31 and would
continue no-deal preparations, including a new budget.

Other Policies: Javid has pledged to cut taxes,
saying that “simpler, flatter taxes should be a priority for any
government.” Opposes “arbitrary” immigration targets.

Also: Javid is one of five sons of Pakistani Muslim
immigrants, and his father was a bus driver. He has a portrait of
former Conservative Prime Minister Margaret Thatcher in his office. 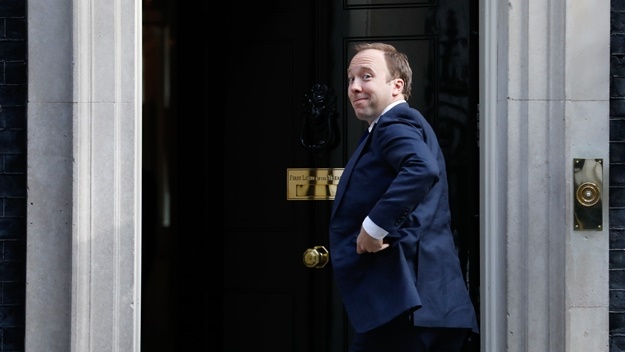 Who? Hancock, 40, is the youngest candidate and has
been an MP since 2010. He’s served as health secretary since July, and
before that was culture secretary. He’s the “optimist’’ candidate,
offering a “fresh start and a fresh face,” he says. He voted Remain.

On Brexit: He is open to renegotiating with the EU,
but says the new leader also has to be “brutally honest about the
trade-offs.” He has a plan to improve the Irish backstop. He says
no-deal is not a “credible threat” because Parliament won’t allow it,
and he’s vowed he wouldn’t suspend Parliament to pursue a hard exit.
He’s also willing to talk with Labour members of Parliament.

Other Policies: Promised to keep debt falling as a
share of the economy, while delivering £5bn of tax cuts to
business to spur investment. He would almost double spending on research
and development.

Also: Hancock is a keen amateur jockey and is the
only member of the Cabinet to have his own app. “I love people,” he said
at his campaign launch. “If you look inside people’s hearts you will
find something of value.”

Who? Harper, 49, is the only declared candidate not
to have served in May’s government. An MP since 2005, he held a number
of junior ministerial posts in former Prime Minister David Cameron’s
government, and was chief whip until the 2016 Brexit referendum, in
which he voted Remain.

On Brexit: He wants to renegotiate and
advocates a “short, focused extension” beyond Oct. 31 to give a new
leader some extra time. If the U.K. can’t get a deal through Parliament,
it should leave without one.

Other Policies: Cutting taxes and boosting spending
on education, though he told the Telegraph that candidates shouldn’t
throw around “eye-catching spending and tax promises” without balancing
the books first.

Also: Co-chairs “Women to Win,” which aims to get more women elected to Parliament. 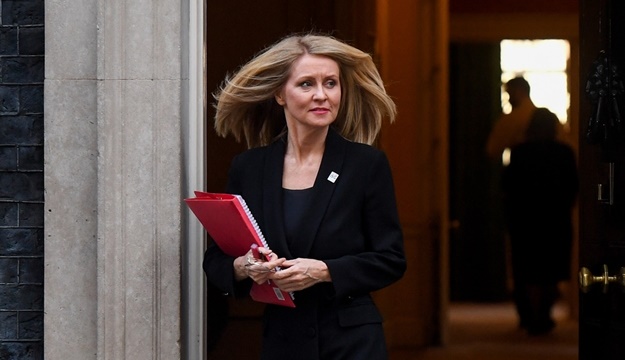 Who? The former TV presenter quit as work and
pensions secretary in November in protest at May’s Brexit deal. McVey,
51, is  Brexiteer and spearheaded the Ladies for Leave campaign.

On Brexit:  McVey says May’s deal is dead, and
there’s no point trying to seek another compromise. Brexit must be
delivered and the only way to do that is without a deal. She says she
will use all the tools available to her to take Britain out of the bloc,
hinting she would consider suspending Parliament if necessary.

Other policies: McVey has pledged to cut aid to 2010
levels, freeing up 4 billion pounds for education spending, and 3
billion pounds for the police. She also wants to address the U.K.’s
housing shortage. She’s been criticized by members of her own party for
saying parents should be able to remove their children from classes that
teach them about gay relationships. 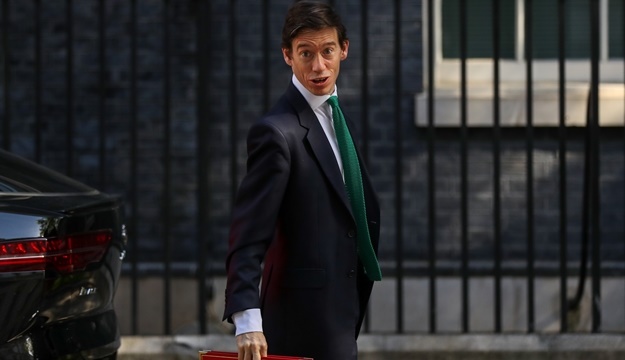 Who? Stewart, 46, is one of the newest members of
May’s Cabinet, having been appointed international development secretary
on May 1. He served as a deputy governor in Iraq following the 2003
allied invasion. He voted Remain.

On Brexit: He says there’s no hope of renegotiating
May’s deal, and would accept delaying Brexit again to get a deal
through. He rejects both a second referendum and a no-deal Brexit, which
he describes as “not actually a destination, it’s a failure to reach a
destination.” He would also look to change the political declaration on
the future relationship with the EU and try to get Labour MPs onside.

Other policies: Once Brexit is out of the
way, Stewart has said he wants to get on to dealing with “climate,
health, education and all the thousand small injustices of daily life
which very sadly are not being addressed.” He pledges more resources for
schools and the police, investment in regional infrastructure and
increasing spending on research and development. He would sell off the
government’s stake in RBS.

Also: Stewart once tutored Prince William and Prince
Harry. He’s walked across Asia, including a 32-day trek across
Afghanistan that he then turned into a best-selling book. In May, he
admitted in a Telegraph interview to taking a puff on an opium pipe
while walking across Iran. 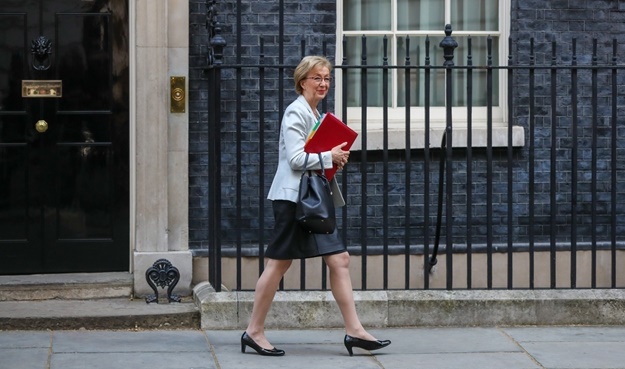 Who? Leadsom, 56, was the last Cabinet minister to
quit before the premier announced she was stepping down herself. After
reaching the final run-off against May in the 2016 contest, she pulled
out after she suggested that having children made her a better
candidate. A prominent Leave campaigner, she was environment secretary,
and then leader of the House of Commons.

On Brexit:  Leadsom takes the EU at its word that
the deal can’t be renegotiated so advocates a so-called managed no-deal
exit instead.  She would enshrine the uncontroversial parts of the
existing deal in law, ramp up preparations to help business and lead a
delegation of UK ministers to talk with EU leaders to agree to
measures both sides will accept.

Other Policies:  Told Conservative MPs that they
need to sort out a new policy on social care, “the issue that will
affect generations to come.” She proposes a cross-party commission to
tackle it. She would sign up to a target to cut the U.K.’s greenhouse
gas emissions to net zero by 2050.

Also: Leadsom told the Times she traveled to Greece
in her teenage years with her sisters, and they were robbed on the way.
They ended up sleeping in the sand and taking turns to wash dishes for
money.

Reserve Bank: In 4 years, police made little headway on 64 reported cases
Companies cautious on hiring – but here’s where you’re most likely to get a job in Q3
To Top
error: Content is protected !!
Top