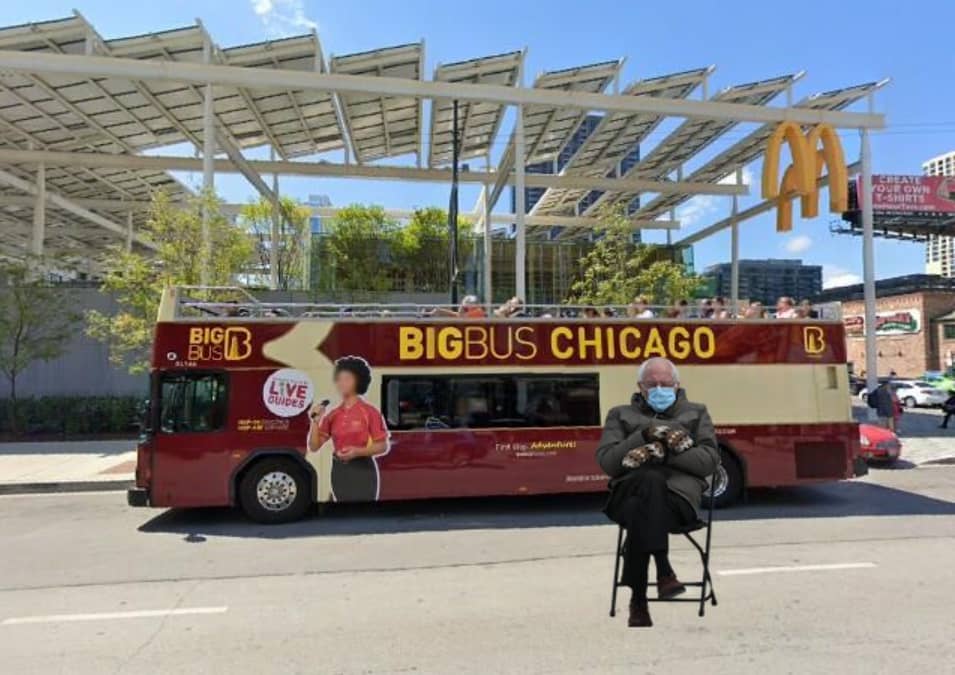 Sen. Bernie Sanders in a meme from the “Bernie Sits” generator.An image of Sen. Bernie Sanders became an instant sensation Wednesday after the senator was photographed sitting cross-armed in knit mittens, a mask and a winter parka at President Joe Biden’s inauguration ceremony. Before long, the image had spread far and wide as a reaction meme. People also quickly figured out how to help people make their own Bernie memes using Snapchat and a meme generator that uses Google Maps Street View.Here’s how to get in on the fun:SnapchatSen. Sanders can go anywhere your phone goes with a Snapchat lens that uses augmented reality to superimpose him over what your phone camera sees. To get started, you have to have the Snapchat app downloaded to your phone. Scan the code at this link to get the Lens. To do this, open up the camera function while you have Snapchat open and click on the code to get your camera to focus. You should see a popup once this happens successfully.Once you have the Lens up on your phone, you can choose to “Send to Friends” or “Take a Snap.” Click the latter.Now, just go wherever you want Bernie to appear, then you can move the image around and make it larger or smaller. Just press the camera button at the bottom to take a photo or press and hold to take a video.Google MapsUsing this meme generator from Nick Sawhney, who says he’s a grad student and software engineer, you can make sitting Bernie appear anywhere you can pull up on Google Maps Street View. To get the Bernie image, just fill in the address in the box on the site link. When I tried Thursday afternoon, it took a bit — the site has become quite popular so just give it a few seconds. When it’s complete, the page will show Sanders at your address of choice. Nominations are open for the 2021 CNBC Disruptor 50, a list of private start-ups using breakthrough technology to become the next generation of great public companies. Submit by Friday, Feb. 12, at 3 pm EST.

Judge refuses to force Amazon to put Parler back online
Democratic senators urge Facebook, Google and Twitter to crack down on vaccine misinformation
To Top
error: Content is protected !!
Top