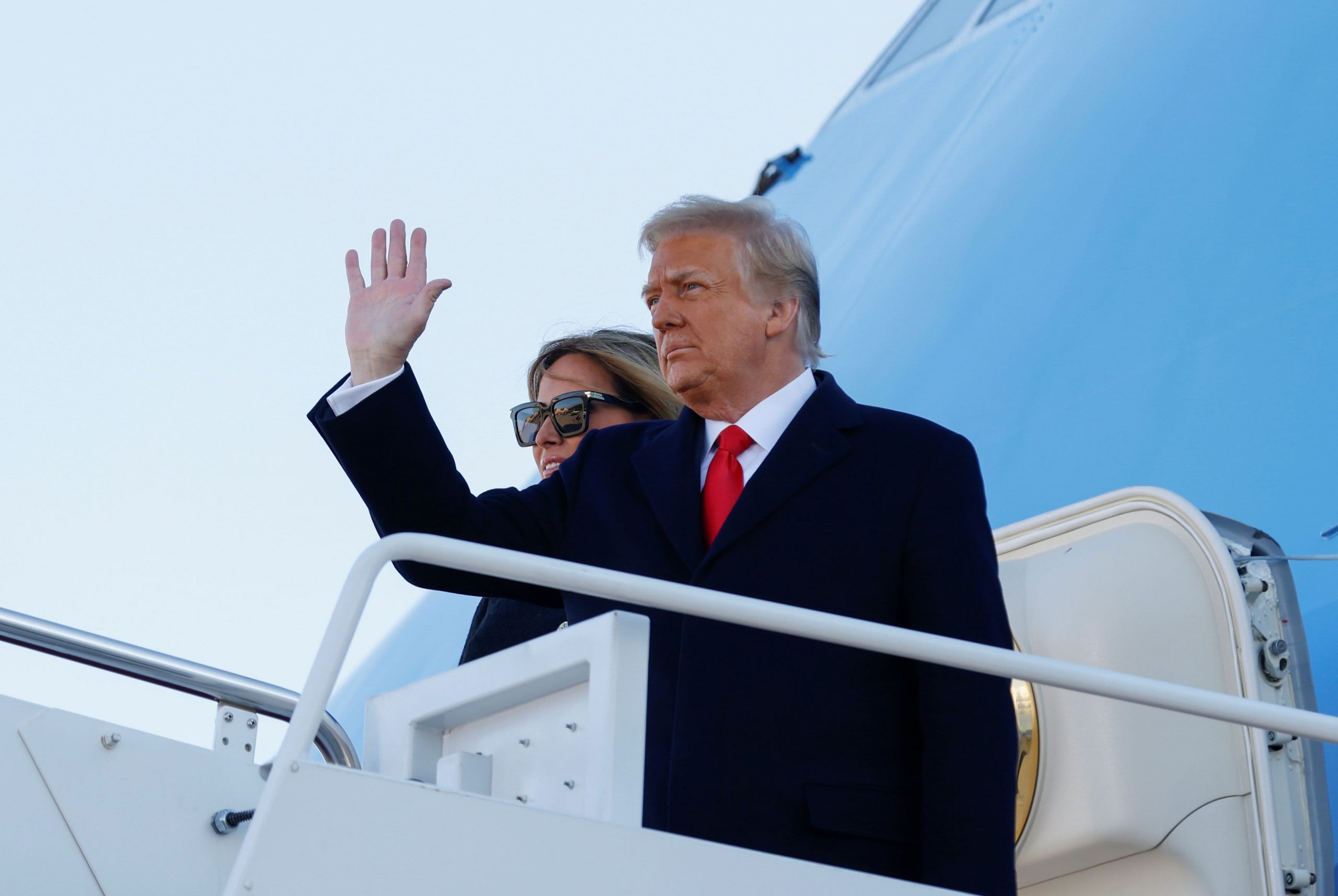 President Donald Trump, accompanied by first lady Melania Trump, waves as he boards Air Force One at Joint Base Andrews, Maryland, U.S., January 20, 2021.Carlos Barria | ReutersSince former President Donald Trump launched his campaign in 2015, Trump and Twitter enjoyed a symbiotic relationship. Trump used the app to broadcast outlandish comments to millions of users multiple times a day while Twitter enjoyed the numerous users and eyeballs that Trump drew in. That all, however, came to a crashing halt when Twitter permanently suspended Trump’s account on Jan. 8, only a few days after Trump used the social network to incite an insurrection at the U.S. Capitol on Jan. 6 that resulted in the death of five people.Twitter’s decision to keep Trump off of its platform was a major crossroads for the company, and the immediate reaction from Wall Street was not good. Twitter’s stock price fell more than 6% in the first day of trading after the suspension, and since then, the stock is down more than 8%. The company’s market cap now sits at $38 billion.In the year prior to Trump’s suspension, Twitter’s share price climbed more than 58%.

Democratic senators urge Facebook, Google and Twitter to crack down on vaccine misinformation
Facebook is referring Trump ban to its ‘Supreme Court’ which cannot be overruled by Zuckerberg or execs
To Top
error: Content is protected !!
Top