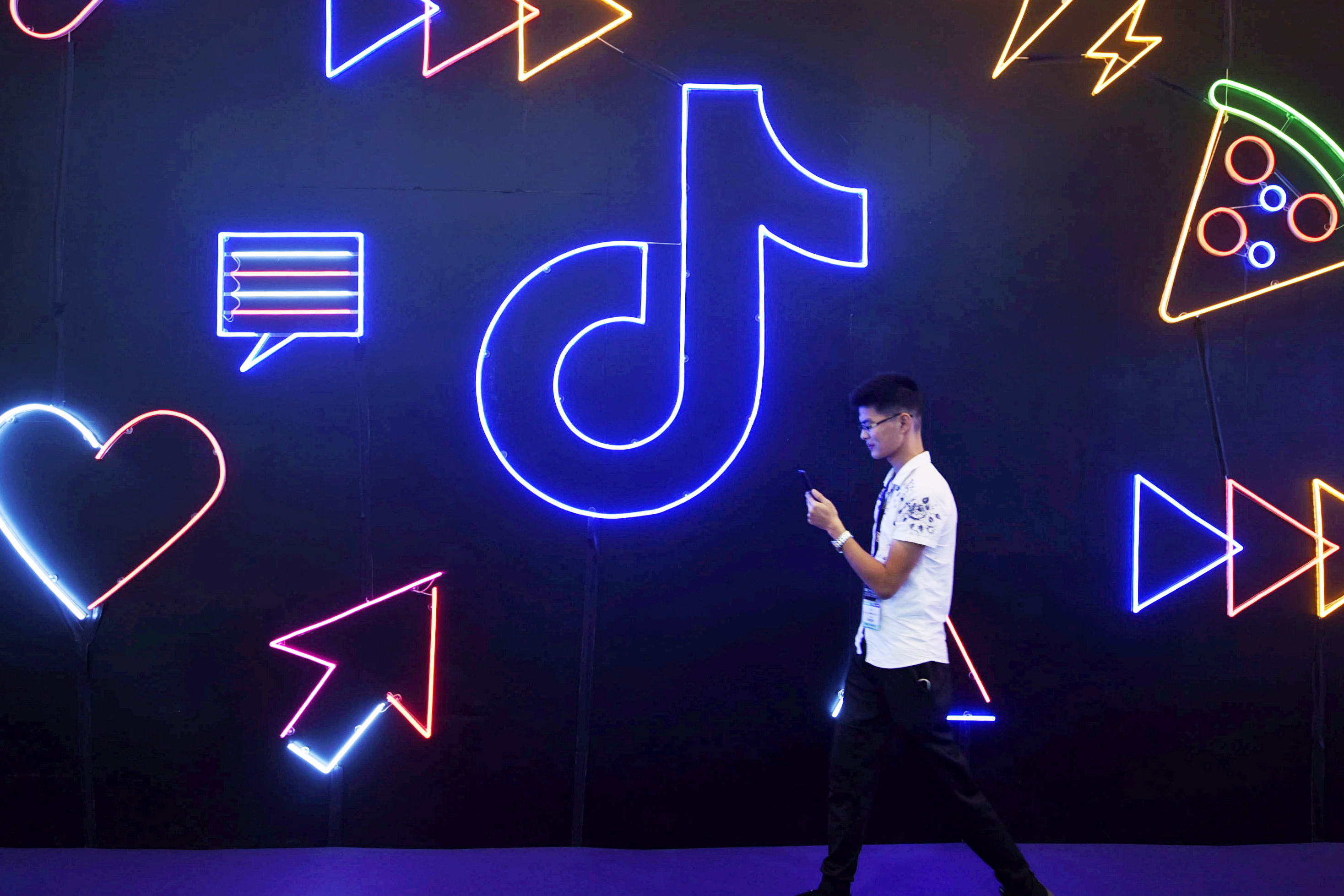 A man holding a phone walks past a sign of Chinese company ByteDance’s app TikTok, known locally as Douyin, at the International Artificial Products Expo in Hangzhou, Zhejiang province, China October 18, 2019.ReutersSensing blood in the water, venture capitalist firms want to buy the majority of TikTok from Chinese parent company ByteDance. That doesn’t mean ByteDance should sell.TikTok, the wildly popular short-form video application, said earlier this month it was “evaluating changes to the corporate structure of its TikTok business.” Scenarios under discussion include setting up an independent board of directors, choosing an independent headquarters, and selling a stake of the company to venture capital or private equity firms, according to people familiar with the matter.ByteDance is exploring its options after U.S. Secretary of State Mike Pompeo said earlier this month he is “looking at” banning TikTok and other Chinese applications for security reasons. TikTok is expected to announce its plans in the coming weeks, according to a person familiar with the matter.The U.S. government is concerned that the Chinese government can access user data collected by TikTok. The Pentagon banned TikTok from government-issued mobile devices in January. On July 20, the U.S. House of Representatives followed suit. Donald Trump’s presidential campaign has urged people to sign a petition banning TikTok with ads running on Facebook and its Instagram subsidiary. Facebook is also readying the launch of its TikTok competitor, Instagram Reels. Chief Executive Mark Zuckerberg has publicly questioned TikTok’s connection to the Chinese government over issues of censorship. “While our services, like WhatsApp, are used by protesters and activists everywhere due to strong encryption and privacy protections, on TikTok, the Chinese app growing quickly around the world, mentions of these protests are censored, even in the US,” Zuckerberg said last year. “It’s one of the reasons we don’t operate Facebook, Instagram or our other services in China.”Meanwhile, India has banned TikTok, and the company has pulled out of Hong Kong.This confluence of events — competitive threats, potential bans across the world, and uncertainty among its users — has led a group of existing ByteDance shareholders to discuss buying a majority stake in the company, The Information reported earlier this week. The Information reported projected current valuations for TikTok between $25 billion and $40 billion. Bloomberg reported this week ByteDance founder Zhang Yiming has thus far pushed back on that idea, given his desire to maintain control of the company.That’s probably wise.TikTok set up for successSelling TikTok now might help ByteDance avoid a perilous path forward. But it would also potentially cost ByteDance enormous future profits. Obviously, it’s impossible to predict future value gains. But TikTok, which recently hired former Disney+ head Kevin Mayer as its CEO, has put itself in position to be a Wall Street darling if it becomes a publicly traded company.TikTok has a fledgling advertising business. Last year, TikTok generated about $200 million to $300 million in global revenue, according to The Information. To put that in perspective, Facebook’s global 2019 revenue was $70 billion. The company has never disclosed total users, but there’s little doubt the growth is stunning. TikTok has consistently been one of the most downloaded apps in the U.S. and in the world for more than a year, according to analytics company AppAnnie. TikTok has about 800 million global monthly active users, more than Snap, Pinterest or Twitter, according to DataReportal.Organic-looking brand-focused TikToks and viewership algorithms that quickly narrow what users like to watch are a theoretical panacea for advertisers, which look for targeted ways to reach consumers — especially younger ones. While Quibi has failed to reach a large audience with short-form Hollywood content, TikTok’s user-generated minutes-long videos have become a global sensation. The company is following paths tread by Google’s YouTube and Facebook’s Instragram by setting up pathways to foster creative content from the public. It announced a $200 million creator fund this week. The company is just now developing self-serve platforms and other advertising tools for businesses. It had its first so-called “newfronts,” a pitch to advertisers, last month. Instagram and YouTube are likely worth well over $100 billion as parts of Facebook and Alphabet, respectively. It isn’t much of a leap to assume TikTok is headed there too. A risk worth takingThere’s little doubt venture capitalists would love to get their hands on as many TikTok shares as possible, given the upside. TikTok alluded to that desire in a statement suggesting that the speculation around selling a majority stake to venture capital firms may be more wishful thinking from the VCs than reality.”Since publicly announcing two weeks ago that we are evaluating changes to the corporate structure of the TikTok business, there have been numerous suggestions made by external people not involved in the company’s internal discussions,” TikTok said in a statement. “We do not comment on rumours or speculation. We are very confident in the long-term success of TikTok and will make our plans public when we have something to announce.”TikTok insiders acknowledge they don’t have a good read on the government’s next moves. The U.S. government has already banned Chinese technology companies Huawei and ZTE. It’s not out of the question that TikTok users could flee the app in droves if the government urges Americans to remove it from their phones. At the least, growth would stall if Apple and Android stopped making it available in their stores. Locking in value now and holding on to a minority stake to participate in future gains is arguably the safest play. But there’s also a presidential election in November, and President Trump is trailing significantly in battleground states across the country. If TikTok can assuage the U.S. government with less drastic measures until November, it may be able to ease political tensions in a Biden administration. It’s a gamble. U.S.-China relations may be strained for decades to come. Still, TikTok is a risk worth taking. And that’s why private capital will line up to invest if ByteDance decides to sell.WATCH: Kudlow says TikTok could operate as an independent American company