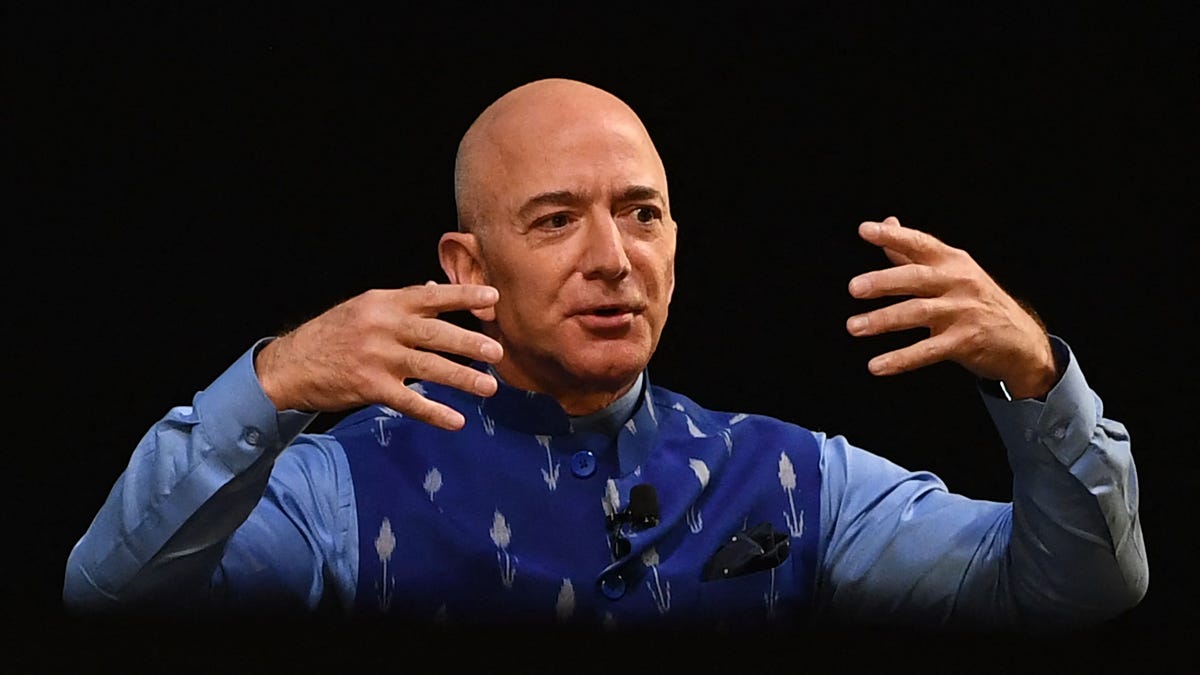 Space Race! Richard Branson will beat Jeff Bezos to outer space by nine daysWith the space race heating up, with Sir Richard Branson making a major announcement.Buzz60, Buzz60No need for this American to check his 401k accounts or social security payments before taking the plunge into retirement. Jeff Bezos, who steps down Monday as Amazon’s CEO, is the world’s richest person.Forbes estimates that his fortune rocketed $196 billion since 1998, when he first appeared on its list of richest Americans.Today he’s worth nearly $202 billion, the magazine says. What does that mean for retirees whose paychecks have far fewer zeroes?Business Insider estimates Bezos’ fortune at 739,489 times the median American’s retirement wealth.In fact Bezos, who will remain as Amazon’s executive chairman even as he turns over the reins to Amazon Web Services chief Andy Jassy, has seen his fortune increase 73% since 2019 alone. That, in spite of handing over one quarter of his company stock to ex-wife MacKenzie Scott in their divorce.What restaurants are open July 4th?: Chipotle, Starbucks, Taco Bell, McDonald’s (plus free bagels at Panera)What stores are open July 4th?: Walmart, Target, Home Depot open; Costco closed SundayMost of the Bezos fortune – 90% – is in Amazon. The rest is in his extracurricular activities, including rocket company Blue Origin and the Washington Post newspaper.Another way that Bezos isn’t like ordinary people: He pays less income tax.ProPublica used Internal Revenue Service data to examine the tax returns of some of America’s wealthiest. In 2007, Bezos, who was already a billionaire, paid no federal taxes. In 2011, when he had a net worth of $18 billion, he paid no federal taxes and even received a $4,000 tax credit for his children.As to why Bezos is retiring on Monday? It marks the 27th anniversary of the launch of Amazon’s online bookstore.He’ll also be soon traveling to space on Blue Origin’s first human flight. Virgin Galactic’s Richard Branson has pledged to beat his fellow billionaire on a test space flight on July 11.