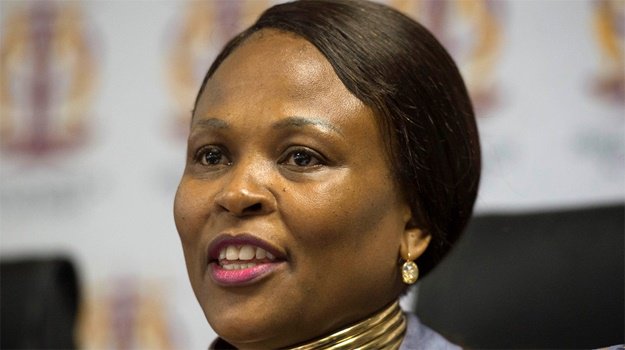 Judge Sulet Potterill is expected to hand down a judgment today on whether a remedial action by Public Protector Busiswe Mkhwebane against Public Enterprises Minister Pravin Gordhan should be suspended.

The Legal Practice Council is expected to deliberate on whether Public Protector Advocate Busisiwe Mkhwebane should be struck off the roll on Friday.

This after it received a request from non-profit organisation, Accountability Now, who wrote to the Council following Monday morning’s Constitutional Court judgment which found Mkhwebane had acted in bad faith and put forward a “number of falsehoods” in the Absa/Bankorp case.

The LPC, which regulates the legal profession, confirmed to Fin24 on Tuesday that it had received the request.

“Council requests to be afforded time to review the Constitutional Court judgment and its implications in the light of the request for a striking off application,” the LPC’s acting executive officer Charity Nzuza wrote in an email to Fin24.

The scariest headline I have read this week (and there have been a few) is the Bloomberg one noting that Eskom’s debt is now effectively bundled as sovereign debt.

The implications are huge. We have likely overshot the 60% debt to GDP ratio with this week’s R59bn additional bailout to Eskom granted through a Special Appropriation bill tabled by Finance Minister Tito Mboweni.

It does not have a CEO and last week the head of Treasury Andre Pillay threw in the towel too. It is significant that there has not been load shedding through the heart of Winter, but this could also be because the economy is in the dumps with continual downward growth revisions.

There are many reasons Eskom can’t pull out of crisis and the campaign against Minister of Public Enterprises Pravin Gordhan is at least one of them. The campaign is being waged by the Public Protector Busisiwe Mkhwebane who has, in the face of much evidence to the contrary, resuscitated three old campaigns related to Gordhan’s tenure at SARS, the revenue service.

In today’s announcement that she is investigating the appointment of SARS Commissioner Edward Kieswetter, Mkhwebane makes clear that her powerful office is being used to batter economic reform.

The three investigations are that he allowed a “rogue unit” to conduct illicit surveillance at SARS (numerous reports show this was not so); signed off an illegal early pension arrangement for former deputy SARS Commissioner Ivan Pillay (a legal opinion showed it to be legal); and now that staff of his are allegedly still being paid by the tax agency even though they work at other departments.

Public Enterprises Minister Pravin Gordhan is expected to hear this week from the Gauteng High Court in Pretoria whether the remedial action against him, as directed by Public Protector Advocate Busisiwe Mkhwebane, should be implemented.

The two squared off in court just under a week ago with Mkhwebane supported by the Economic Freedom Fighters and the presidency siding with Gordhan. The legal battle centres around her report in early July into the so-called ‘rogue unit’ at the SA Revenue Service (Sars).

The unit – also known as the High Risk Investigations Unit – was established in 2007 when Gordhan was the tax agency’s commissioner.

Mkhwebane found that the establishment of the unit was illegal and that it conducted unlawful intelligence operations. Her report stated that the tax agency failed to follow procurement rules when it bought spying equipment for its operations.

In the same report, she also found that Gordhan lied to Parliament by not disclosing a meeting where a member of the Gupta family may have been present.

Gordhan is asking the court to suspend the remedial action in Part A of the application and review the entire report in Part B. The review application comes as several other reports by the public protector have been set aside by the court.

The Constitutional Court on Monday found she had lied under oath in her Absa/Bankorp findings which were overturned in February 2018.

Additionally, Ramaphosa himself will also apply to have her report, that stated he violated the executive ethics by lying to parliament over a Bosasa donation, dismissed.

The Gauteng High Court in Pretoria will rule on Monday whether the remedial action laid out by Public Protector Busiswe Mkhwebane against Minister of Public Enterprises Pravin Gordhan, should be suspended.

Gordhan applied for an urgent interdict last Tuesday to suspend the remedial action in the South African Revenue Service (SARS) so-called ‘rogue unit’ report against him, while he seeks a full judicial review.

The court ruling comes a week after a majority ruling by the Constitutional Court found Mkhwebane had not acted in good faith and told false and misleading statements, in the litigation around her Absa/Bankorp report.

She was ordered to pay 15% of the South African Reserve Bank’s costs and there have been renewed calls for Parliament to remove her and the Legal Practice Council to strike her off the advocates roll.