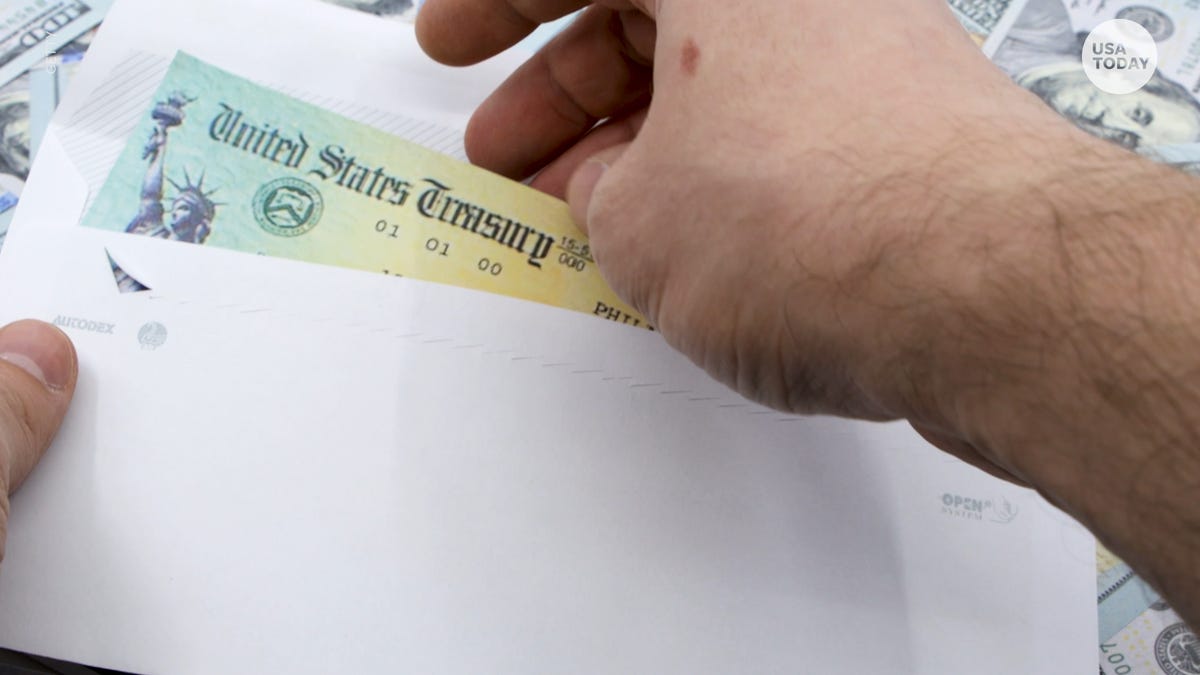 COVID-19 relief deal: Extra $300 in jobless aidCongress is rushing to pass a proposed COVID-19 relief bill. Here’s what is in the package and what it means for you.USA TODAYThe disappointing April jobs report prompted the U.S. Chamber of Commerce on Friday to call for an end to the $300 federal bonus in weekly unemployment checks, suggesting it’s discouraging the unemployed from taking new jobs.The economy added just 266,000 jobs last month, well below the 995,000 economists had forecast, according to their median estimate in a Bloomberg survey.“The disappointing report makes it clear that paying people not to work is dampening what should be a stronger jobs market,” Neil Bradley, chamber executive vice president, said in a statement. “One step policymakers should take now is ending the $300 weekly supplemental unemployment benefit.”Bradley added that a chamber analysis found the bonus means 1 in 4 unemployment recipients take home more in unemployment than they did working.Beneath the numbers: he economy added just 266,000 jobs in April even as states eased COVID restrictions and vaccinations roseThe jobs comeback in charts: Charting America’s jobs: Unemployment recovery from COVID pandemicSeveral studies have concluded that the perk has not dissuaded unemployed people from seeking or accepting new jobs. The Federal Reserve Bank of San Francisco found the short-term income boost doesn’t outweigh “the value of a longer-term stable income“ that a job provides.But employers have anecdotally reported that many job candidates are applying for open positions but not showing up for interviews or turning down job offers. Some of the candidates have acknowledged they applied simply to meet a state’s job search requirements to keep receiving benefits.“The benefits are due to expire in September, but perhaps people think jobs will be just as easy to find then as they are now, so why take a job today?” economist Ian Shepherdson of Pantheon Macroeconomics wrote in a note to clients.On Thursday, South Carolina Gov. Henry McMaster ordered the end of the state participating in federal unemployment benefit programs related to the pandemic by the end of June. He said the programs contributed to labor shortages because many workers were receiving more than they did in wages.After the pandemic triggered an unprecedented 22 million job losses last spring – particularly at bars, restaurants and hotels, and in recreation and travel – Congress added a $600 supplement to weekly state unemployment checks through July. President Donald Trump approved a $300 federal bonus in August for just six weeks, but Congress renewed it as part of the $900 billion COVID-19 relief measure passed in December.Other factors also may be contributing to worker shortages that held down job gains last month, including workers caring for sick relatives or children distance-learning from home during the pandemic, economists and staffing officials say.Contributing: Associated Press

Trader Joe’s drops senior hours at many stores. Does your location still offer COVID hours?
Build savings or pay off debt first? How to make a plan for ‘extra’ money like a tax refund or stimulus check
To Top
error: Content is protected !!
Top